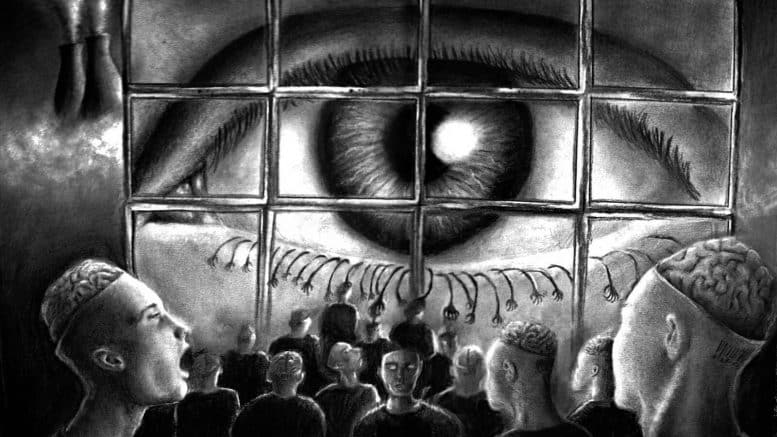 “Technocracy is the science of social engineering, the scientific operation of the entire social mechanism to produce and distribute goods and services to the entire population…” (The Technocrat, 1938) Technocrats are bent on restructuring society and the humans that live in it. ⁃ TN Editor

The ‘Free World’ has taken on where the Soviet scientists and psychiatrists left off. German and American scientists of renowned Universities in Bonn and Lübeck do research on treatment for politically undesirable behaviour like their Soviet colleagues from the infamous Serbsky Central Research Institute in Moscow. In the Soviet Union people who protested the system had to undergo psychiatric treatment.Vladimir Bukovsky, a world-known dissident survived one and described it.1)The same will be the fate of the so called Free World’s citizens if they fail to conform to the idea of a multi-cultural society. The powers that be have given a signal, and obliging, complaisant scientists are already busy working on bettering our collective and individual psyche. Apart from homophobia and Islamophobia, xenophobia is another psychiatric condition that needs to undergo therapy. Hormonal therapy.

Throughout history, the world has been torn by two opposing factors that face each other with daggers drawn. These are natural biological, and unnatural forces, or reality and dystopia. It is natural for a human being to want to possess things and work as little as possible; to counter it, dystopian socialists, communists or Christian heretics came up with an idea of a society governed by the principle: From each according to his ability, to each according to his needs. It was supposed to work. And it failed miserably everywhere it was installed and implemented, from Cuba to East Germany, to the Soviet Union, to North Korea.

The human being, an evolutionary extension of the animal world, is endowed with certain indelible features at the genetic level. Group loyalty and fear of aliens are among them. Man cannot survive alone. Mankind is not a biologically monolithic, homogeneous family. Rather, it is made up of human groups (clans, tribes, nations, races) that as a result of their long development are moving apart from each other. Biology is the basis on which human communities create culture and ultimately civilization, not the other way round.

Human groups, which have come into being as a result of living separately from each other for ages and so have developed incompatible cultures and religions, compete for resources i.e. for survival. Since man cannot make it through life on his own, he is a part of a group (clan, tribe, nation). In order for the group to function well and safeguard its (and simultaneously its members’ survival success), each group member is equipped with two psychological mechanisms (i) in-group loyalty and (ii) out-group enmity. Group members collaborate, and support each other even to the point of sacrificing themselves for the whole. That’s the origin of altruism. Defection to another group means weakening one’s own group and strengthening the alien group, which has always been regarded as the gravest mortal sin: treason. (Dante’s hell has Judas Iscariot in its centre, which is the severest punishment for it).2)Altruism towards members of the out-group is something between in-group loyalty and defection. Its exuberant instances are technically referred to as pathological altruism.

The phenomenon can be compared to the rivalry among soccer teams. The team’s (survival) objective is to win the cup. The prize will be shared by all team members. In order to achieve it, each one of them has to cooperate with the others: no cooperation with members of any other, opposing, team is thinkable. A team’s player may want to sacrifice his personal career for another player from the same team by helping him to score as many goals as possible and thus becoming the team’s star, or by fouling the opposite team’s player and thus risk being sent out of the playground (death), thus enhancing the chances of his team’s win, but the same will not make things easier on the playground for any member of the opposing team. Helping members of the other team means lessening the chances for winning the cup (survival) of one’s own team and, ultimately one’s own chances.

If my well-being and survival depends on that of the group that I am a member of, and, conversely, if my group’s survival is contingent on the cooperation, altruism and self-sacrifice of its members, including me, then in-group loyalty is in high demand whereas out-group (pathological) altruism is detrimental. That’s evolutionary mechanism. That’s game theory. That’s common sense. Everybody knows it. So do social engineers.

Since social engineers have come up with the idea of building new, multi-racial, multi-national, multi-religious, multi-cultural societies, they have encountered the natural barrier: xenophobia, which is another name for in-group loyalty and out-group avoidance.Xenophobia is a biological mechanism imprinted at the genetic level that carries a survival advantage. It tells an individual to create bonds with members of the same group and be on his guard against aliens.3)To put it in plain language: xenophobia is practised at the very basic personal level each time parents warn their offspring to be wary of strangers: not to open the door to them, not to trust them. So modern social engineers have a problem. They need to overcome this deeply rooted biological barrier.

The basis that humans have evolved and multiculturalism is a biology problem is totally off base. For these nutty scientists trying to solve the wrong “problem” (as these nut cases have defined the problem) will only end up with a new form of soma and turn the population into vegetables.