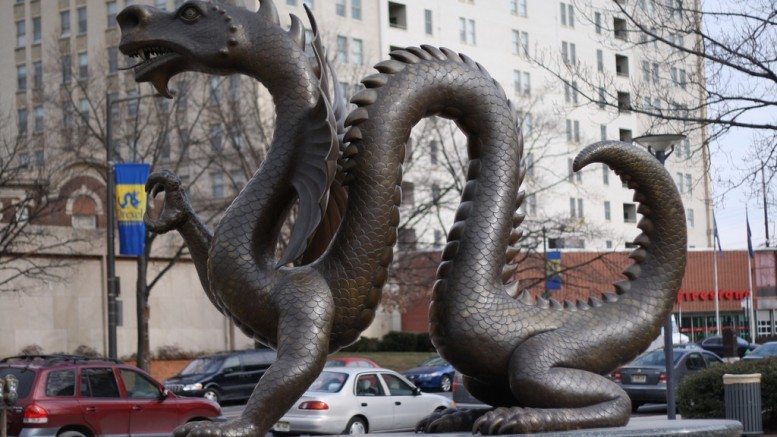 TN Note: More responsible scientists are warning that CRISPR gene editing technology will almost certainly be abused and misused by less-scrupulous scientists. Once a gene is modified in a reproducing species, that gene could spread to affect the entire species, giving the term “biological diversity” a new twist. The problem is, you can’t put the genie back into the bottle.

The world’s top geneticists decided to spend the vast majority of last week discussing how to keep new genetic editing tools from ultimately destroying the human race. A noble goal, sure. But considerably less time has been spent discussing how genetically editing other species might change the idea of “nature” as we know it.

A future where the gene editing technique CRISPR/Cas9 is used by DIY biologists,genetic engineering startups, and even artists create fanciful organisms straight out of sci-fi is not just possible—it’s likely, argue two of the country’s top bioethicists.

“Why should we not expect dwarf elephants, giant guinea pigs, or genetically tamed tigers?” Hank Greely of Stanford School of Medicine and Alta Charo of the University of Wisconsin School of Medicine write in the essay “CRISPR Critters and CRISPR Cracks.” “Or—dare we wonder—the billionaire who decides to give his 12-year-old daughter a real unicorn for her birthday?”

Greely and Charo argue that such overlooked or even “frivolous” uses of the gene editing technique CRISPR/Cas9 could fall through regulatory cracks and may ultimately have a greater impact on our environment than human editing ever would.

“Humans are terrible laboratory animals. We don’t follow instructions, we have long generation times, and we can hire lawyers. [Human genome editing] has a gauntlet of satiates, regulations, bureaucracies, and (potentially) courts that it must run,” they wrote in the essay, published in The American Journal of Bioethics. “Nontraditional gene-editing applications such as bringing back the mammoth or growing a psychedelic garden might face only limited scrutiny if they fall into the cracks. This essay is, in in essence, a plea—let’s not ignore the nonhuman part of the biosphere.”

Greely and Charo note that gene editing has already been used by artist Eduardo Kac to create a green rabbit; that genetically modified “GloFish” can be purchased in most places in the United States; and that startups are already advertising color-changing flowers on Kickstarter. Can a real-life “dragon” or other organisms created as “spectacles” be far behind?

“Basic physics will almost certainly combine with biological constraints to prevent the creation of flying dragons or fire-breathing dragons—but a very large reptile that looks at least somewhat like the European or Asian dragon (perhaps even with flappable if not flyable wings) could be someone’s target of opportunity,” they write.

Greely and Charo aren’t opposed to the gene editing technique—they just suggest that there’s not even a modicum of regulatory clarity when it comes to what government agencies should be responsible for deciding when it’s OK to use CRISPR/Cas9.