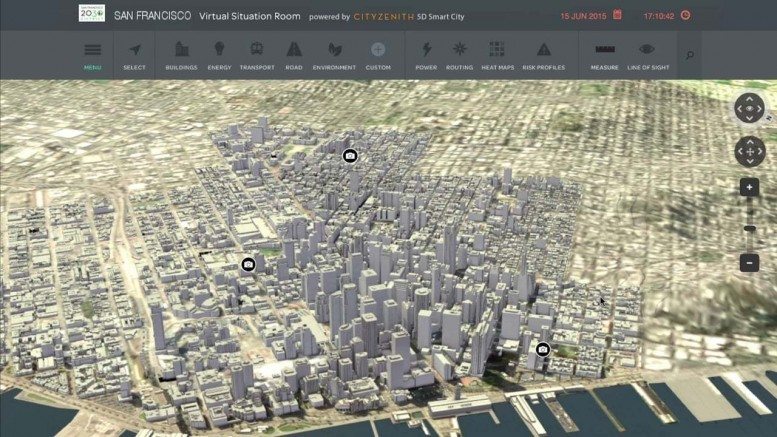 Please Share This Story!
PDF 📄
TN Note: Smart Cities are enabled by the Internet of Things (IoT), where billions of interconnected nodes communicate with each other in autonomous fashion. The resulting neural network can then be manipulated and controlled with artificial intelligence software. The human subjects become objects within the larger system, caught in a labyrinth of regulations and constraints. Some see this as the purest form of scientific dictatorship.

There will be an estimated 1.6 billion connected things in use by “smart” cities in 2016, an increase of 39% from 2015, according to a new report from Gartner, Inc., an information technology research and advisory company based in Stamford, Conn.

Gartner defines a smart city as an urbanized area where multiple sectors cooperate to achieve sustainable outcomes through the analysis of contextual, real-time information shared among sector-specific information and operational technology systems.

“Smart commercial buildings will be the highest user of Internet of Things (IoT) until 2017, after which smart homes will take the lead with just over one billion connected things in 2018,” said Bettina Tratz-Ryan, research vice president at Gartner, in a press release on Monday. Smart commercial buildings will lead with 518 million connected things in use in 2016.

Commercial real estate benefits greatly from IoT implementation, Gartner said, noting that IoT creates a unified view of facilities management, as well as advanced service operations through the collection of data and insights from a multitude of sensors. “Especially in large sites, such as industrial zones, office parks, shopping malls, airports or seaports, IoT can help reduce the cost of energy, spatial management and building maintenance by up to 30%,” added Tratz-Ryan.

The business applications that are fueling the growth of IoT in commercial buildings are handled through building information management systems that drive operations management, especially around energy efficiency and user-centric service environments. In 2016, commercial security cameras and webcams as well as indoor LEDs will drive total growth, representing 24% of the IoT market for smart cities, according to the report, titled Forecast: Internet of Things — Endpoints and Associated Services, Worldwide, 2015.

IoT deployment in commercial buildings will continue to grow at a rapid pace over the next few years, and is on pace to reach just over one billion in 2018. “Incentives into the deployment of IoT in commercial real estate will fuel its development,” said Tratz-Ryan. She said that the United Kingdom’s building information modelling (BIM) mandate, for example, requires that all public sector construction commencing in 2016 complies with BIM (level 2). BIM utilizes data models coming from various information sources including IoT, which will be used by commercial real estate in the future.