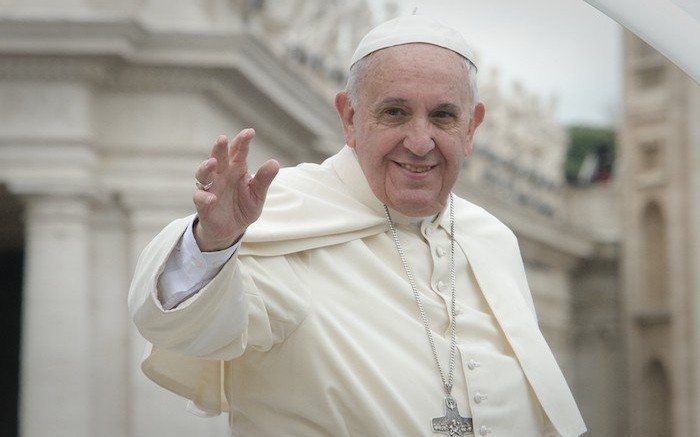 TN Note: As already noted, religion and faith are interceding to bolster the shaky foundation of climate-change science. While science may be questioned, apparently religion gets a free pass. Pope Francis already delivered the keynote speech and the 2030 Agenda conference in September, so he is no stranger to the UN mechanisms.

If international climate talks really stall, don’t be surprised if there might be an ever-so-slight intervention by Pope Francis.

Cardinal Peter Turkson, president of the Pontifical Council for Justice and Peace who helped draft the pope’s June encyclical on global warming, said the pontiff has “deep trust” that negotiators in Paris will get the job done. But just in case they don’t, the pope might possibly send a gentle message, he said.

“If it gets to a stalemate or whatever, he may utter a statement or make a comment or whatever, but he will refrain from exercising any coercive power on the things over here, because that would not belong to his style,” Turkson told The Associated Press after a press conference by Vatican officials Tuesday at the Paris climate talks.

If the pope did intervene with a gentle statement if negotiations bog down, it would “show the gravity of the situation and highlight what’s at stake,” said Jennifer Morgan, global climate program director for the World Resources Institute.

Joe Ware, a protestant spokesman for Christian Aid, welcomed the remark, saying such action “would just give that final nudge to the negotiations.”

There appeared to be no need for that just yet at the talks, where government ministers wrapped up Tuesday’s session with no signs of the animosity that have plagued negotiations in the past. French Foreign Minister Laurent Fabius said a new draft agreement would be prepared by 1 p.m. (1200 GMT) Wednesday, reflecting the progress made so far. That would leave two days for ministers to work out the most difficult issues, like how to spell out who should do what.

Turkson said the Vatican has great interest in seeing the negotiations succeed, particularly getting the world to stop using carbon power by mid-century to save the Earth, especially for the world’s poorest people.

“We cannot profess love of God when we cannot love what God has made,” Turkson said.

OoooOOOhh. So the big Pope is gonna “step in”, eh? Uh oh, watch out everyone! Nobody cares what this gas bag thinks or says. By the way, no self respecting Catholic- I take that back- ANY real Catholic does not even recognize his as an bona fide Pope anyway. You can find out all you want about this fraud’s agenda, in excruciating detail, here: http://www.traditioninaction.org/Cultural/E058_Alliance.htm “Even more startling, many of the Vatican’s key climate advisors have promoted policies directly at odds with Catholic doctrine and beliefs. The proceedings of the Vatican climate workshop included activists like Naomi Oreskes, Peter Wadhams,… Read more »

Please let me add one thing- Mr. Wood, and readers, take note: “christian aid” (hey, THEY spell it with a small ‘c’, so..) is a member of the ACT Alliance, which describes itself thus: “We work globally for profound change that eradicates the causes of poverty, striving to achieve equality, dignity and freedom for all, regardless of faith or nationality. We are part of a wider movement for social justice. We provide urgent, practical and effective assistance where need is great, tackling the effects of poverty as well as its root causes” All that “profound” nonsense should sound familiar. I… Read more »

WRI’s Jennifer Morgan was previuously International Climate Director for WWF and is an advisor to John Schellnhuber, the Potsdam mad scientist, who wrote the climate part of the Pope’s encyclical.