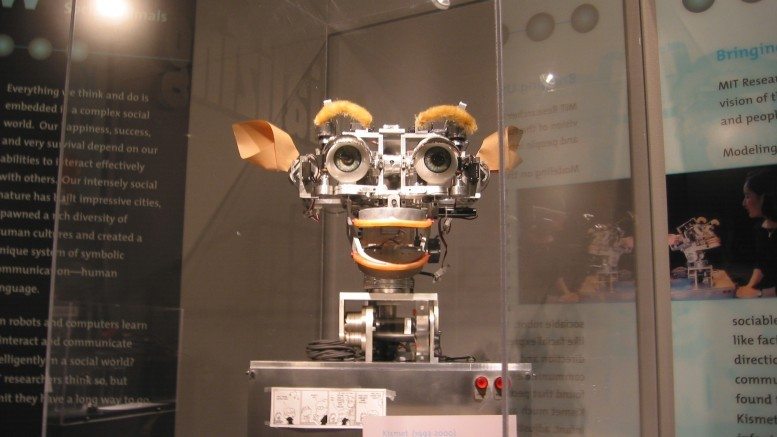 TN Note: The growth of AI is staggering. In 2012, a tech startup named CrowdFlower sold some 2 million spreadsheet data rows to customers to use in training their AI systems. In 2015, they have sold almost 100,000,000. The field is accelerating according to a geometric progression. Much of AI is being applied to simple, linear tasks like image recognition, but the larger applications remain in analysis of so-called big data – and this is precisely where Technocracy will enter into its own.

After a half-decade of quiet breakthroughs in artificial intelligence, 2015 has been a landmark year. Computers are smarter and learning faster than ever.

The pace of advancement in AI is “actually speeding up,” said Jeff Dean, a senior fellow at Google. To celebrate their achievements and plot the year ahead, Dean and many of the other top minds in AI are convening in Montreal this week at the Neural Information Processing Systems conference. It started in 1987 and has become a must-attend event for many Silicon Valley companies in the last few years, thanks to the explosion in AI. NIPS was where Facebook Chief Executive Officer Mark Zuckerberg chose in 2013 to announce the company’s plans to form an AI laboratory and where a startup named DeepMind showed off an AI that could learn to play computer games before it was acquired by Google.

There should be plenty to discuss this week. The unprecedented advancements in AI research this year can be attributed to a confluence of nerdy factors. For one, cloud computing infrastructure is vastly more powerful and affordable, with the ability to process complex information. There are also more plentiful datasets and free or inexpensive software development tools for researchers to work with. Thanks to this, a crucial class of learning technology, known as neural networks, have gone from being prohibitively expensive to relatively cheap.

That’s led to rapid uptake by the tech industry’s largest companies, including Google, Facebook, and Microsoft. Each operates its own AI lab that conducts important research in the field and publishes much of it for the academic community to build upon. This year, Google researchers nabbed the cover of scientific journal Nature with a system that can learn to play and master old Atari games without directions. Facebook built a way to let computers describe images to blind people; Microsoft showed off a new Skype system that can automatically translate from one language to another; and IBM singled out AI as one of its greatest potential growth areas.

Startups are also contributing meaningfully to AI. Preferred Networks is making AI systems that will go into industrial robots made by Japan’s Fanuc, and Indico Data Labs worked with a Facebook researcher to teach a computer how to paint faces using its own sort of imagination.