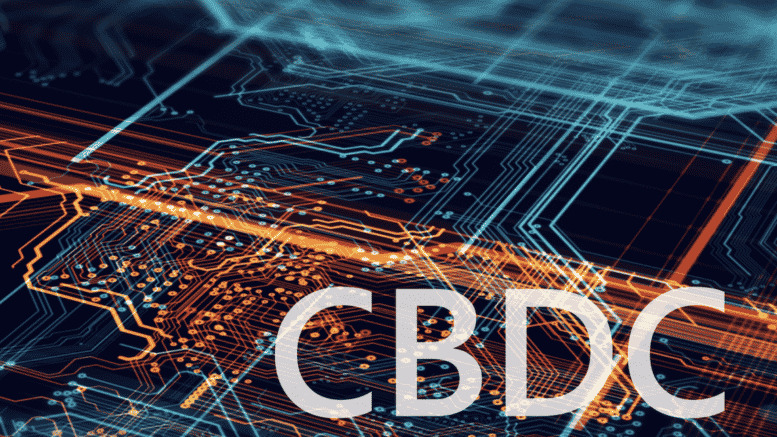 Please Share This Story!
PDF 📄
This is a must-read article to understand one point: CBDCs will allow citizens to bypass commercial banks in order to hold digital currency accounts directly with the Federal Reserve. This is profound because it risks driving all peripheral banks, S&Ls and credit unions out of business; it also takes Constitutional authority away from the Senate to regulate currency and coinage. Few are talking about this, but the WSJ has just put it in your face! ⁃ TN Editor

The game-changing development could have a profound impact on the banking system. But few people still understand it.

“Central-bank digital currency” doesn’t exactly roll off the tongue. But you might want to get used to saying it. These so-called CBDCs, or digital versions of dollars, yuan, euros, yen or any other currency, are coming, say those who study them. And depending on how they are designed and rolled out, their impact on the banking system could be profound.

One hundred and fourteen countries are exploring digital currencies, and their collective economies represent more than 95% of the world’s GDP, according to the Atlantic Council’s Central Bank Digital Currency tracker. Some countries, including China, India, Nigeria and the Bahamas, have already rolled out digital currencies. Others, like Sweden and Japan, are preparing for possible rollouts. The U.S. is studying the issue and has run trials of various technologies to enable a digital currency, although Fed chair Jerome Powell has indicated the U.S. central bank has no plans to create one, and won’t do so without direction from Congress.

Debates about the necessity, utility and potential pros and cons of digital currencies are often confusing, and confused, in part because every country rolling out a digital currency is doing it in its own way.

The first type is just a new way for central banks to transfer money to commercial banks.

More specifically, some central banks are testing whether money transfers between financial institutions—which in some cases can take days to settle—might be made safer and more efficient under a system in which central-bank money is represented by digital tokens and transactions are settled on a shared distributed ledger, concepts borrowed from cryptocurrency and blockchains. One such system is being tested by the New York Fed and a range of big U.S. banks and financial institutions.

The second type of CBDC is a digital version of fiat money made available to the general public through accounts held by a central bank or a commercial bank. From the perspective of a regular person or business, this kind of CBDC isn’t any different from the electronic money in their bank accounts today—it’s just a digital dollar. What makes these kinds of CBDCs special is that they are created, and held, in accounts that a central bank has direct access to. If another pandemic happened, for example, the Fed could just deposit stimulus “checks” into every U.S. citizen’s digital-currency account.

This type of CBDC represents a departure from the way money is created and distributed today, in that everyday people would now have accounts, or “wallets” that contain money created by their country’s central bank itself, instead of by their commercial bank. It represents a profound shift for central banks, from their traditional role as providers of money to a country’s banking and financial system, to connecting directly with everyday people.

China’s digital yuan is one such currency, and it can be used by everyday Chinese people through existing, and very popular, digital payment services like Alipay and WeChat Pay. India’s digital rupee is an equally bold experiment in allowing the country’s citizens to transact with a digital version of their currency in a way that could bypass traditional banks.

Somehow this does seem less racist than the old way….

Less racist? I don’t get that.

Since when is money racist?🤣🤣🤣🤣

[…] WSJ: Central Bank Digital Currencies Are Coming, Ready Or Not […]

Project Cedar signed into law by Biden. No congressional debate

Hopefully, as we saw in the pandemic, more lawyers and even states will take this to the Supreme Court and have it declared unconstitutional as it bypasses congress which, as stated, is against the constitution. CBDC will probably still come to be but it will work within our current banking system. How that happens is the question. Ask any young adult, I’m talking 30ish, how they pay their bills today. My kids and their cousins all do it electronically, no checks written, no paper changing hands. My son told me that some stores don’t accept checks anymore. Many stores started… Read more »