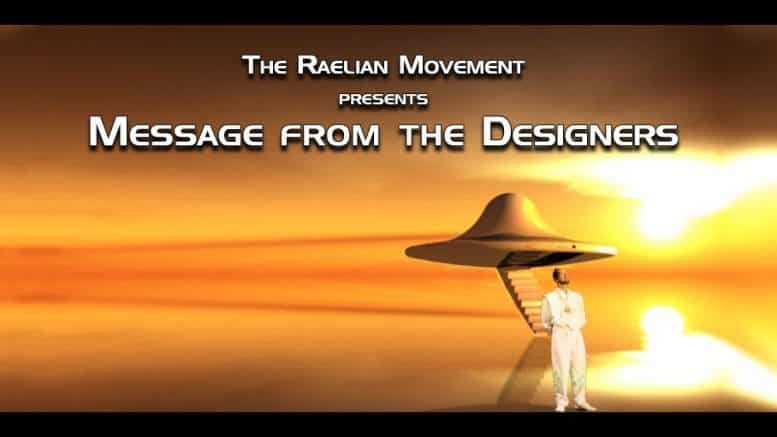 Fascination with aliens is becoming ubiquitous in the scientific community. In the case below, Makukov and Fesenkov are regurgitating a story line that originated with a French cult leader, Claude Vorihon, who changed his name to Raël in 1974 after claiming to have been ‘visited’ by aliens. Sociologists classify Raelianism as a UFO religion with worshipful followers on several continents.

Rael’s story is bizarre. He claims that the aliens told him their name was ‘Elohim’, the same name noted for God in Genesis. The Elohim were scientists from another planet, who were banned from radical experimentation on their home planet. After gaining permission to travel to another planet, they came to earth and set up their genesis experiment to put human 1.0 life into motion. After watching the spontaneous development of life from afar, they returned and revealed to Rael that they regretted making certain mistakes in man’s DNA program, which caused problems like anger, jealousy, envy, criminal impulses, etc.

The Elohim then told Raël that they would help rectify the situation by introducing new science to earth that would re-engineer our DNA to remove these imperfections. In other words, they would create Humans 2.0. This notion blends evolution with modern science while promoting “intelligent design” at the same time.

It is no surprise that Raël is regarded by Transhumanists as a religious oracle. Transhumans also claim that they are using DNA science to take over human evolution in order to create Humans 2.0.

The original symbol of Raelianism  was a Star of David with a Swastica in the center. Like many other cults, Rael demands a high level of sexuality from female members. “Raël’s girls” is a group of women in the sex industry who promote promiscuity with men and women. His “Order of Angels” promises to defend Rael’s life with their own bodies.

This is not to say that Makukov and Fesenkov are officially members of the Raelian cult, but their conclusions take root in religion and not science. This is increasingly true in other pseudo-scientific areas such as global warming and Transhumanism in general.

In all cases, God is pointedly left out of the discussion, even though most of the terminology and symbology were derived from the Bible. Raël claims that the Elohim gave him knowledge of all world religions and that these are all a by-product of their original DNA programming.

It is time to repudiate these false religions and put them where they belong: in the dust-bin of history.

A pair of scientists from Kazakhstan believe that our species was designed by a higher power, alien civilisation that either wanted to preserve a message in our DNA or simply plant life on other planets.

Maxim A. Makukov of the Fesenkov Astrophysical Institute and Vladimir I. Shcherbak from the al-Farabi Kazakh National University spent 13 years working for the Human Genome Project – a mission that hoped to map out human DNA.

Their conclusion was that humans were designed by a higher power, with a “set of arithmetic patterns and ideographic symbolic language” encoded into our DNA.

They believe that 97 per cent of non-coding sequences in human DNA is genetic code from alien life forms.

According to their research: “Our hypothesis is that a more advanced extraterrestrial civilisation was engaged in creating new life and planting it on various planets. Earth is just one of them.

“What we see in our DNA is a programme consisting of two versions, a giant structured code and a simple or basic code.”

They state that the sudden boom in evolution experienced on Earth billions of years ago is a sign of something happening on a higher level that we are not aware of, and that mathematical code in DNA cannot explain evolution.Mr Makulov said: “Sooner or later … we have to accept the fact that all life on Earth carries the genetic code of our extraterrestrial cousins and that evolution is not what we think it is.”

Rael is a lying idiot. For starters, “elohim” is singular for “mighty one” or as ancients said “a god’ small “g”, not THE LORD GOD Creator. Big difference. Eloha (plural sounds like el O wah) always referred to angelic hosts, not scientists. Rael is basically saying he is speaking with fallen angels. He also toys with naming comvention. ‘Ra” is Egyptian for sun, and ‘el’ is short for elohim, hence he mocks with his name as ‘sun of god’. His opinion on anything is trash and moot by this point. Jesus said you will know a ‘tree’ by the fruit… Read more »

you are mistaken about the grammar/conjugation of ‘El’, but good points otherwise. El-ohim is the PLURAL form of El. ‘ohim’ is the pluralization of El. it translates as “the congregation of the mighty.”
research Jordan Maxwell for more on the basics of this and related topics.