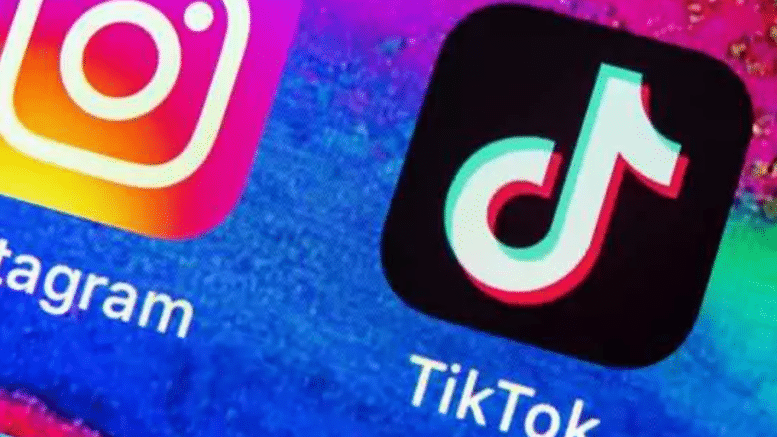 Please Share This Story!
PDF 📄
Thank you, Technocrats. You have disrupted the lives of tens of hundreds of millions of youth, if not an entire generation. One of the most damaging social media platform on the planet is China’s TikTok app, which is not surprising coming from the world’s first Technate. Remember, Technocracy is the “science of social engineering”. But don’t think it stops there!

A recent study by psychologists shows that the regular use of social media is linked to changes in the brains of teenagers. This is especially troubling in light of the fact that the most popular social media platform for American teenagers is China’s TikTok, which pushes harmful messaging on teens as soon as they sign up for an account.

The effects of social media on children’s developing brains has long been a topic of concern for parents and policymakers. Now, the New York Times reports that a new study by neuroscientists at the University of North Carolina has shed some light on the issue, using brain scans to track the effects of social media use on middle school students aged 12 to 15, a period of rapid brain development.

The study found that children who regularly checked their social media feed at around age 12 showed increased sensitivity to social rewards from their peers over time. In contrast, teenagers with less engagement in social media showed a declining interest in social rewards. While the study cannot make definitive causal claims about the effects of social media on the brain, the authors suggest that the findings could potentially have long-term consequences well into adulthood.

The study was conducted on a diverse group of 169 students from a middle school in rural North Carolina. The students were split into three groups based on their reported frequency of social media use: habitual (checking feeds 15 or more times a day), moderate (checking 1-14 times a day), and nonhabitual (checking less than once a day). The subjects received full brain scans at approximately one-year intervals as they played a game that displayed rewards and punishment in the form of smiling or scowling peers.

These changes in brain function suggest that teenagers who frequently check their social media feeds may become “hypersensitive to feedback from their peers,” according to Dr. Eva Telzer, an associate professor of psychology and neuroscience at the University of North Carolina and one of the authors of the study.

Breitbart News has previously reported that apps such as TikTok have been found to be harmful to teen mental health. In December, Breitbart News reported that a study by the Center for Countering Digital Hate (CCDH) revealed that TikTok’s algorithms are recommending self-harm and eating disorder content to new users shortly after they join the platform.

The study involved researchers creating TikTok accounts and posing as 13-year-old users interested in body image and mental health content. The results showed that within just 2.6 minutes of joining the app, TikTok’s algorithms began to recommend suicidal content to the new accounts. Additionally, eating disorder content was recommended within as little as eight minutes.

[…] Shock Study: Social Media Use CHANGES The BRAINS Of Teenagers […]

(1967, Marshall McLuhan, to paraphrase: every new informational technology contains, or encapsulates the prior I.T., in the hierarchy of development, i.e., literacy encapsulated the deep riches of oral culture, the written-down Homeric epics were like freezing in time, or pinning down a blue butterfly, the highly dynamic oral poetry from which the Homeric epics were drawn.) A social-media platform, design technician, Anukriti Sharma, writing on the LinkedIn platform, discloses how social-media are by their fundamental nature, designed to be addictive, using the 4-pronged principle of “The Hook Model”. http://www.sing-prayer.org/wp-content/uploads/2021/07/Addictive-Design-of-Social-Media-Apps-Anukriti-Sharma-12-12-2019.pdf