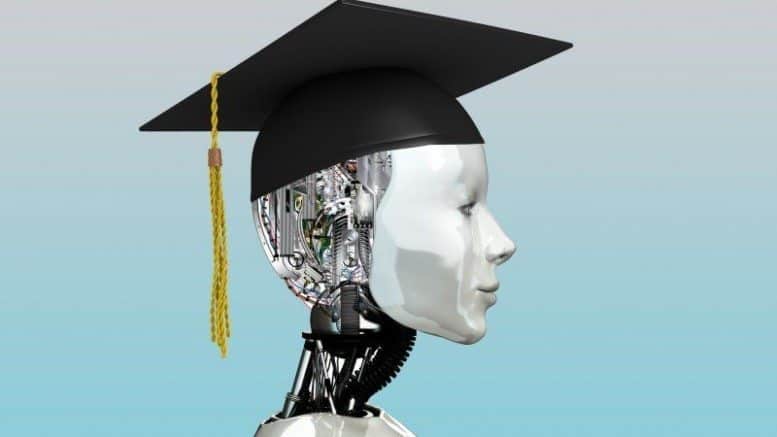 Please Share This Story!
PDF 📄
TN Note: Singularity University was founded by Ray Kurzweil, head of engineering at Google. Kurzweil is a pioneer in the Transhuman movement that seeks to achieve immortality through the application of science to the human condition. His theory of Singularity proposes that machine intelligence will surpass human cognitive abilities by 2045

The students and teachers at Singularity University welcome a future where robots run the world.

During a recent Executive Program at Silicon Valley’s Singularity University, the institution’s co-founder Peter Diamandis made some confident predictions.

Within the next decade, he said, self-driving cars will eliminate all driving fatalities. Artificial intelligence will soon surpass the skills of the best human doctors and remove all inefficiencies from health care systems. These AIs will invent new pharmaceuticals to cure previously fatal diseases and will 3D print customized medicines based on genetic analysis of individual patients. Perhaps best of all, he said, plummeting production costs and rising prosperity will make such fantastic medical care essentially free.

It’s common for tech industry rhetoric to invoke the ideal of a better world, but since its 2008 inception, Singularity University has articulated an astonishingly ambitious series of goals and projects that use technological progress for philanthropic ends. Medicine is just one of many domains that Diamandis wants to fundamentally change. He and others at Singularity are also working to develop and support initiatives that will provide universal access to high-quality education, restore and protect polluted environments, and transition the economy to entirely sustainable energy sources.

His audience was a group of 98 executives from 44 countries around the world; each had paid $14,000 to attend the weeklong program at Singularity University’s NASA Research Park campus in Mountain View, California. As Diamandis moved through the sectors of the economy that artificial intelligence would soon dominate—medicine, law, finance, academia, engineering—the crowd seemed strangely energized by the prospect of its imminent irrelevance. Singularity University was generating more than $1 million of revenue by telling its prosperous guests that they would soon be surpassed by machines.

But his vision of the future was nonetheless optimistic. Diamandis believes that solar energy will soon satisfy the demands of the entire planet and replace the market for fossil fuels. This will mean fewer wars and cleaner air. Systems for converting atmospheric humidity into clean drinking water will become cheap and ubiquitous. The industrial meat industry will also vanish, replaced by tastier and healthier laboratory-grown products with no environmental downsides. He also predicts that exponential increases in the power of AI would soon render teachers and universities superfluous. The best education in the world will become freely available to anyone.

The lectures at Singularity University’s Executive Program are brisk and engaging, dense with charts and visuals, but punctuated with humor in the style of TED talks. During the two days I spent there, there were sessions on cryptocurrencies, AI, robotics, 3D printing and manufacturing, health care, and nanotechnology. Speakers tend to run wildly successful companies and hold simultaneous appointments at older universities such as Stanford.

They also tend to share a distinct attitude toward technology. Many managed to be cheerfully apocalyptic—certain that enormous displacements and disruptions loom on the horizon but still confident this will improve the world.

I wonder if they ever show the Pixar film Wall-E at Singularity U? These people are just like those that first invented steel swords. “How much can we do with this sword!” The goal is fat happy consumers who make no decisions? So how is this positive?