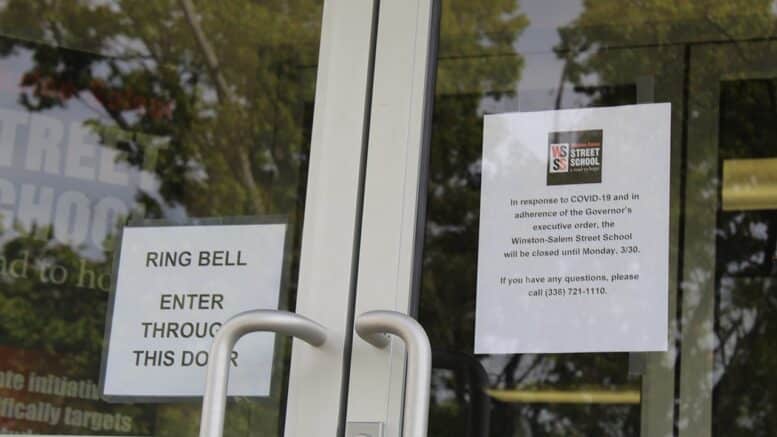 The first pandemic bell-ringer was Professor Neil Ferguson of Imperial College of London, and he issued the first policy proposal of closing all schools. Since, his computer model has been discredited and his policies slammed.

This is the outcome of letting crackpot ideologue scientists execute social engineering programs on the world. Ferguson and his academic crowd had plenty of pre-existing experience promoting alarmist global warming hysteria before trying their hand at a pandemic. After all, pandemics produce more dead bodies for the news feed than does climate change. ⁃ TN Editor

In March 12, 2020, the memo went out from the pen of Carter Mecher, bioterrorism expert advising the Veterans Administration. It went out to public health officials and others from around the nation. Close the schools. Pull the trigger now. And it happened, and with it, civic freedoms we have long taken for granted – freedom to travel, operate businesses, go to the movies, even leave our homes – were taken away.

They shut the schools. Then it was like dominos falling, one by one. The businesses had to close so that people could watch the kids at home. The shopping centers had to close because otherwise the kids would just gather there. The churches too. Entertainment venues were shut. Even parks closed. The stay-at-home orders followed from the school closures. In many ways, the whole legitimacy of lockdown hinged on the merit of the school closure.

A small group of pro-lockdown scientists cheered, as their decade-and-a-half-old dream of conducting such a social experiment was finally becoming a reality.

The school closures had a disproportionate effect on working women. They left their jobs to care for the kids, attempting to help them navigate the strange new world of Zoom classrooms and do assignments via email. Men stayed working in jobs as the primary breadwinners.

The pandemic recession [lockdowns] has been dubbed a “she-session” because it has hurt women far worse than men. The share of women working or looking for work has fallen to the lowest level since 1988, wiping out decades of hard-fought gains in the workplace.

In nine months of this hell, one might suppose there would have been a clear test of whether and to what extent severe outcomes from catching the virus were really associated with school attendance. It has finally arrived, and the news is not good for the lockdowners.

It is by now obvious (and has been since February) that almost no children are in danger from the virus. The age/health gradient of the virus affects almost exclusively the elderly with comorbidities. The children might have been helpful in achieving good public health goals and burning out the virus, rather than losing almost a full year of quality schooling thus far, to say nothing of the trauma of mandatory masks and being taught that their friends are potentially pathogen-carrying enemies.

The kids would have been fine but what about the staff and adults? Does locking up the kids in homes really keep people safe and dial back the infectiousness and mortality associated with SARS-CoV-2? How might one test this? One simple way could examine the difference in disease outcomes between domestic environments in which kids are present versus those where they are not.

This seems like an obvious test. Finally just such a study has appeared, as released by the prestigious medical journal Medxriv: “Association between living with children and outcomes from COVID-19: an OpenSAFELY cohort study of 12 million adults in England.”

It is the largest study yet conducted (35 authors) of Covid risk to adults from contact with children, and it has a not-so-surprising conclusion, at least for those who have followed the science so far. It discovered no increase in severe Covid-related outcomes for adults living with children. It demonstrated a small increase in infections but without bad outcomes. In fact, the study demonstrated fewer deaths associated with adults living with children at home than home without children.

To quote from the study directly:

What does this imply?

Our results demonstrate no evidence of serious harms from COVID-19 to adults in close contact with children, compared to those living in households without children. This has implications for determining the benefit-harm balance of children attending school in the COVID-19 pandemic.

The wording seems a bit abstract, consistent with the genre of this style of writing. To put it in English, fear of bad Covid outcomes was never a good reason to shut the schools. Which is to say: this was a huge mistake. It is shocking to consider what has been lost, how the children have been treated, how brutalized are the parents who have paid so much in taxes or in private school tuition. It is robbery not only of money but also of education and the good life.

AIER has in general agreed with John Ioannidis’s claim from mid-March. These policies were put into place with no solid evidence that they would mitigate the virus or improve on medical outcomes.

We’re in a world of hurt.