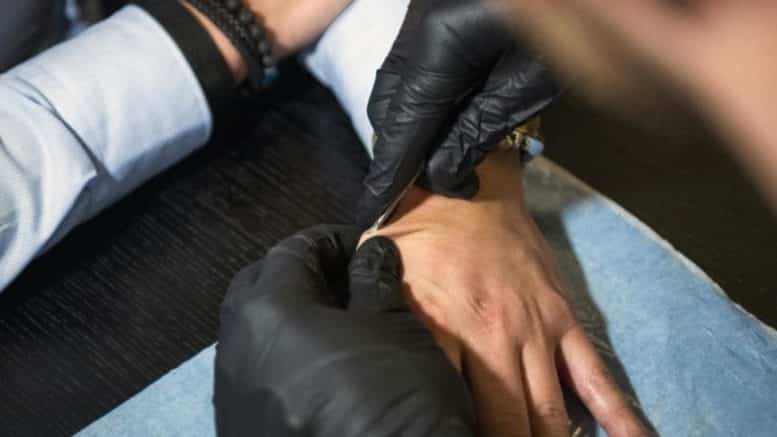 Please Share This Story!
PDF 📄
There is a people’s movement in Sweden to retain cash as a backup to tech failure, but others continue to squeeze it out. Young Technocrats think it’s cool to get chips inserted into their hands as a payment system.  ⁃ TN Editor

More than 4,000 Swedes have gone the microchip route as cash use fades and the government scrambles to figure out the effects on society and the economy.

Few countries have been moving toward a cashless society as fast as Sweden. But cash is being squeezed out so quickly — with half the nation’s retailers predicting they will stop accepting bills before 2025 — that the government is recalculating the societal costs of a cash-free future.

The financial authorities, who once embraced the trend, are asking banks to keep peddling notes and coins until the government can figure out what going cash-free means for young and old consumers. The central bank, which predicts cash may fade from Sweden, is testing a digital currency — an e-krona — to keep firm control of the money supply. Lawmakers are exploring the fate of online payments and bank accounts if an electrical grid fails or servers are thwarted by power failures, hackers or even war.

“When you are where we are, it would be wrong to sit back with our arms crossed, doing nothing, and then just take note of the fact that cash has disappeared,” said Stefan Ingves, governor of Sweden’s central bank, known as the Riksbank. “You can’t turn back time, but you do have to find a way to deal with change.”

Ask most people in Sweden how often they pay with cash and the answer is “almost never.” A fifth of Swedes, in a country of 10 million people, do not use automated teller machines anymore. More than 4,000 Swedes have implanted microchips in their hands, allowing them to pay for rail travel and food, or enter keyless offices, with a wave. Restaurants, buses, parking lots and even pay toilets depend on clicks rather than cash.

Consumer groups say the shift leaves many retirees — a third of all Swedes are 55 or older — as well as some immigrants and people with disabilities at a disadvantage. They cannot easily gain access to electronic means for some goods and transactions, and rely on banks and their customer service. And the progress toward a cashless society could upend the state’s centuries-old role as sovereign guarantor. If cash disappears, commercial banks would wield greater control.

“We need to pause and think about whether this is good or bad, and not just sit back and let it happen,” said Mats Dillén, the head of a Swedish Parliament committee studying the matter. “If cash disappears, that would be a big change, with major implications for society and the economy.”

Urban consumers worldwide are increasingly paying with apps and plastic. In China and in other Asian countries rife with young smartphone users, mobile payments are routine. In Europe, about one in five people say they rarely carry money. In Belgium, Denmark and Norway, debit and credit card use has hit record highs.

It is all predicted in the KJV Holy Word of God….ALL OF IT…..you won’t be able to buy or sell unless you take the “mark of the beast”…with Christ as Lord and SAVOR….you will take the mark…..its all unfolding just like God said it would…Pope F. the anti-christ is right there helping it all happen…

A number of Americans who have the RFID Chip are getting Cancers from it, as stated in the book of Revelation, “Grievous sores” from the “Mark of the Beast”.