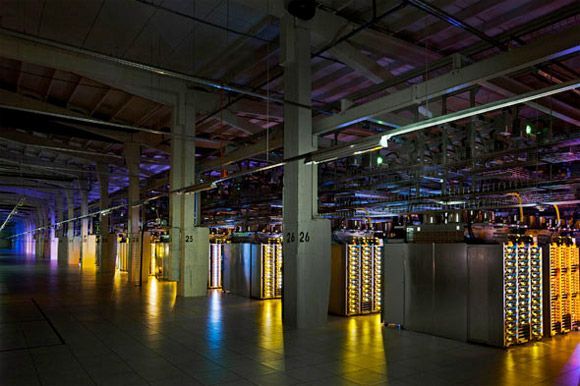 Posted By: Firmin DeBrabander via The New Statesman December 3, 2021

Please Share This Story!
PDF 📄
Predictability of behavior is the holy grail of Technocrats and if you need a little help in becoming predictable, they have many ways to nudge, manipulate, suggest and force certain behaviors. As a predictable resource, data mined from your life and soul are sold to willing buyers. And, there are plenty of them! ⁃ TN Editor

Big Data’s hubristic claim that it understands humanity opens the door to dangerous manipulation.
Big Data has big things in store for us. The burgeoning industry devoted to collecting and analysing our every digital emission, no matter how minute or mundane, believes it has discovered the key to reading us, and predicting, if not prompting, our behaviour.

Such ambitions are not new. Political leaders and researchers throughout human history have thought they cracked the human code and could program us at will. So, what is different now? Why should we believe Big Data has figured us out? And even if the data analysts are wrong, what should we make of their hopes and designs? And what should we fear?

Data analysis is an esoteric science whose methods and conclusions are inscrutable to us. To cite a famous example, data analysts working for the US retailer Target deduced that particular female customers were pregnant by analysing their purchases of specific goods, including vitamins, lotions and cotton balls. Target’s analysts were so astute that they could predict the woman’s due date to within a week.

Facebook’s data analysts, meanwhile, know when we are falling in love or breaking up. Through careful study, they determined that “couples about to be ‘official’ will post…1.67 times per day in the 12 days before they publicly change their profile to ‘in a relationship’.

The number of posts then falls to 1.53 posts per day in the next 85 days… [While] the number of interactions drops as the relationship starts, there’s also an uptick in the level of positivity. This includes the use of the words like love, nice, happy, and…[subtracting] negative words like hate, hurt and bad.”

Through “detailed mining of an individual’s smartphone and other online behaviours”, they extract salient data, which includes “the frequency with which you charge your phone battery, the number of incoming messages you receive, if and when you return phone calls, how many contacts you have listed in your phone, how you fill out online forms, or how many miles you travel each day”. How do they make sense of this data? It’s hard to say.

It is clear, however, that data analysts aim to uncover our vulnerabilities. Why else would Facebook want to know if we are falling in love or breaking up? We are especially irrational or pliable in those states, and advertisers – Facebook’s real clients – would love to be aware of that. And when armed with our intimate information, analytically savvy advertisers may influence our behaviour and turn us into the customers they have always wanted us to be.

Zuboff suggests that Big Data is enamoured with the thinking of 20th-century behavioural psychologist BF Skinner. Skinner harboured controversial views, such as the notion that knowledge and freedom are contrary to one another: our actions only seem free so long as their causes and motivations are not understood; when we are fully understood, we will see that our actions are perfectly predictable, and our freedom illusory.

In fact, Skinner believed that the notion of an “autonomous man” obstructs our rational future and stifles our progress. The rational future is technocracy, where choice in key matters is taken out of the hands of errant individuals and vested in experts who know us, read us, and understand what we truly need.
Read full story here…

For there shall arise false Christs, and false prophets, and shall shew great signs and wonders; insomuch that, if it were possible, they shall deceive the very elect. Matthew 5:24. Vine’s says , “Note: The term pseudochristos, “a false Christ,” is to be distinguished from the above; it is found in Mat 24:24; Mar 13:22. The false Christ does not deny the existence of Christ, he trades upon the expectation of His appearance, affirming that he is the Christ. The Antichrist denies the existence of the true God (Trench, Syn. XXX).” This can only happen when the world is under his control as… Read more »

They can only predict artificial behaviour, as natural behaviour is based on free will.
People become forced artificial in their behaviour when they know they are being surveyed and analysed.
The 2-dimensional digital flat screen system can never work in the 3-dimensional natural world and will be erased.