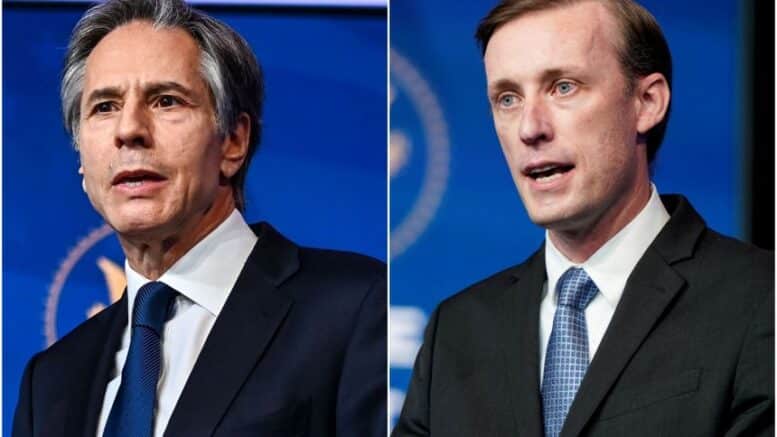 The Trilateral Commission started in 1973 to create a New International Economic Order and was the fountainhead of modern globalization. Their members have dominated every Administration since, and the Biden Administration is no exception. The two most elite posts are the Secretary of State (Blinken) and the National Security Advisor (Sullivan). To say that the Commission is mothballs in 2022 is foolishness.

I am asked frequently on radio/tv interviews to explain who are the movers and shakers in the world. Here is a list of US globalists who are at the top of the pyramid. Study these names and consider their connections and influence.

The list below contains only current US members of the Trilateral Commission. Members from Mexico and Canada are removed only to allow focus on the United States. To download a complete list of members, including Asia and Europe, click the link at the bottom.

Raymond Chrtien, Strategic Advisor, Fasken, Montreal, QC; Former Chairman of the Board of Directors of the Montr.al Council on Foreign Relations (MCFR); former Associate Under Secretary of State of External Affairs; former Ambassador to the Congo, Belgium, Mexico, the United States, and France

Donald Graham, Chairman of the Board, Graham Holdings Company, Arlington

Susan Molinari, Member of Protiviti Consulting’s Advisory Board and APCO Worldwide’s International Advisory Board; Chair of the American Italian Food Coalition; Senior Advisor to the Chairman and to the Board of Viridi Parente; former Vice President of Government Affairs & Public Policy for the Americas, Google, Inc.; former Member of Congress

David Petraeus, Partner, KKR and Chairman, The KKR Global Institute; former Director of the CIA and Commander of the Surge in Iraq, US Central Command, and Coalition Forces in Afghanistan

Guillermo F. Vogel, Vice Chairman of the Board, Tenaris

Globalists have ripped up the constitution and instituted one worldism over all.

Revolving door politics exists at all levels and in all agencies. Nothing new here but nice to see it explained for everyone.