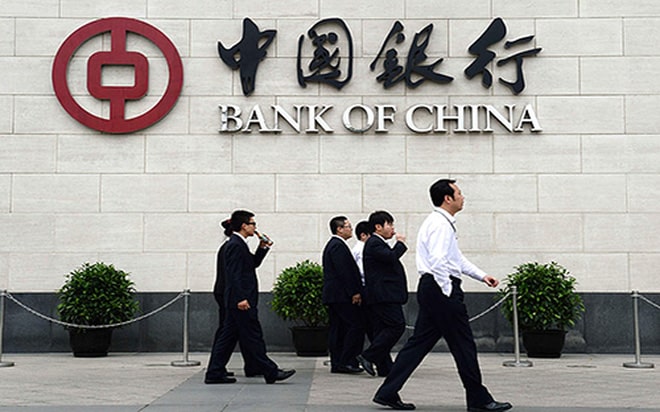 Technocracy’s dream is to perfect the global supply chain by streamlining infrastructure. To that end, this deal is highly suspicious. Sec’y. of Transportation Elaine Chao’s father James sits on the board of directors of China State Shipbuilding Corporation and her sister Angela is a board member of Bank of China. The conflict of interest is beyond the pale, even as Trump makes this $2 trillion deal with his supposed arch-enemy and antagonist Charles Schumer who serves as Senate Majority Leader.

Don’t expect the pothole in front of your house to be fixed. The focus will be on cross-border trade and a tsunami of Public-Private Partnerships that give control of our infrastructure to global corporations.

It doesn’t matter if Trump is a Technocrat or simply being played by Technocrats. Either way, America continues down the road toward Chinese-style Technocracy. ⁃ TN Editor

Senate Minority Leader Charles E. Schumer said Tuesday after a meeting at the White House, that President Trump has agreed to invest $2 trillion to revitalize the nation’s infrastructure. Congressional leaders said they will return to the White House in three weeks to determine how to pay for it.

A public beset by potholes, failing bridges and troubled transit systems overwhelmingly has said in surveys that it supports the investment, but Congress has yet to come up with a funding solution.

Schumer (D-NY), House Speaker Nancy Pelosi (D-Calif.) and a delegation of congressional leaders spent about 90 minutes at the White House on Tuesday, emerging to discuss the meeting with reporters.

“We agreed on a number, which was very, very good, $2 trillion for infrastructure,” Schumer said. “Originally we had started a little lower; even the president was willing to push it up to $2 trillion. And that is a very good thing.”

The White House meeting was described as cordial, in stark contrast to a January meeting that turned into a televised clash over Trump’s proposed boarder wall. That meeting ended when Trump walked out of the room.

“It was a good, positive meeting,” said Peter A. DeFazio, (D-Ore.), chairman of the House Transportation and Infrastructure Committee. “The President spent a good time listening, and then he had things to say on his own. It was pretty balanced. He responded to points that were made and made points of his own. “

“I would say that 80 percent of it focused on infrastructure writ large,” DeFazio said. “We agreed upon a broad figure of $2 trillion of investment. Probably the largest chunk would go to roads, bridges, transit, but we’re also going to do waste water, harbors, [and] probably include airports. There was consensus on the need for universal broad band and some discussion of a more efficient energy grid to transmit energy over longer distances. There was some discussion of renewable energy, but no specifics on those.”

It is the second go around on infrastructure by the White House. Late in the 2016 presidential campaign, Wilbur Ross, who went on to become secretary of commerce, and Peter Navarro, who Trump appointed director of the office of trade and manufacturing policy, issued a joint paper saying the Trump administration could leverage billions in private investment through “muscular and implementable transactions” to fund infrastructure needs.

“We believe that this tax credit-assisted program could help finance up to a trillion dollars’ worth of projects over a ten-year period,” Ross and Navarro wrote 12 days before the election.

DJ Gribbin embraced their thinking after the election, taking ownership of Trump’s $1.5 trillion plan as the country’s first special assistant to the president on infrastructure.