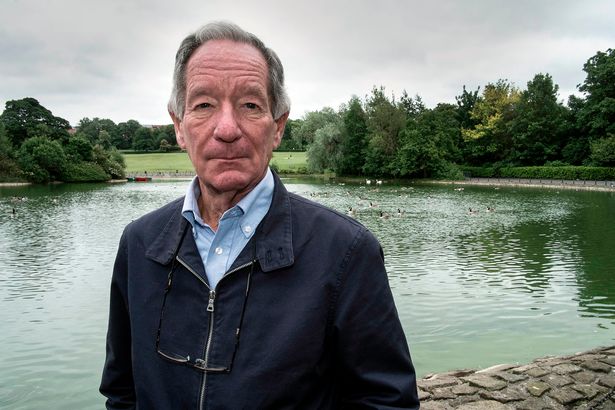 The radical, anti-human side of climate change fanatics is clearly seen in this BBC host suggesting that fat people should be shunned from health care and left to die in order to fight climate change. ⁃ TN Editor

Buerk, who hosts Radio 4’s The Moral Maze, said obesity should not be classed as a disease, which encourages people to seek treatment on the Health Service.

He added: “You’re fat because you eat too much.”

Writing in the Radio Times, the host suggested allowing deaths due to obesity could be a benefit to society.

“The obese will die a decade earlier than the rest of us,” he wrote.

“See it as a selfless sacrifice in the fight against demographic imbalance, overpopulation and climate change.”

The former I’m A Celebrity… Get Me Out Of Here! star queried Public Health England’s claim that overweight and obesity-related ill-health costs the NHS £6.1 billion a year.

He wrote: “Who can calculate how much an obese person would have cost if they were slim?

“How much would he or she cost if, instead of keeling over with a heart attack at 52, they live to a ripe, dementia-ridden old age, requiring decades of expensive care?

“In any case, VAT on takeaways, confectionery and fizzy drinks more than covers it.

“The freedom to make bad choices is what personal autonomy, indeed democracy, is all about . . . who is to say longevity is the ultimate goal in life?

“Give them the facts to make informed decisions; by all means ‘nudge’ all you like, but in the end leave couch potatoes alone. They’re weak, not ill.”

Scientists at the University of Tuebingen, south Germany, asked trainee doctors to take an anti-fat attitudes test (AFAT) after taking part in a role play with “patients” wearing fat suits.

A total of 207 medical students took part in the study, where volunteers helped to simulate a meeting between a “family doctor” and a “patient with diabetes”.

The AFAT responses, published in the British Medical Journal, showed that students harboured more negative attitudes towards obesity than either teachers or the patients.

There is constant and, unfortunately, continual rampant stupidity spouted all the time by so-called celebrities worldwide who have no real knowledge of any issue or subject. Their expertise lies in their one skill–blatantly pandering for attention from others. However, these people’s lack of intelligence and even basic knowledge of any subject does not stop them from opening their mouths to spread toxic BS among their equally stupid fan base. Mr. Buerk has opened his mouth one time too many in this article. It appears he is deeply imbedded in an effort to identify a UK-NHS whipping boy. He benchmarks an… Read more »

Well…if we did that in America we wouldn’t have to worry about Hillary running again! No Chris “The Hutt” Chrisie. No shot for “Eat ‘Em Up” Nadler. It would “THIN” the field!

None the less…I will keep my fat, Texas ass out of the UK!!!

He looks like an inedible, little Bantam chicken….. with worms and mange.