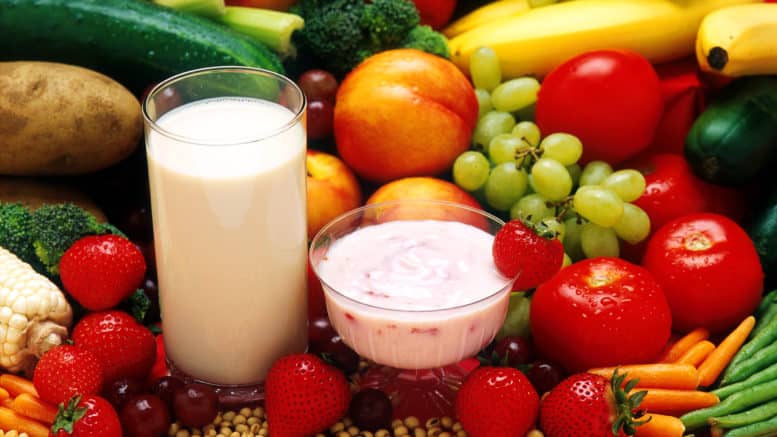 The logical absurdity that a vegetarian diet will to anything to affect earth’s climate is deeply embedded into the radical green movement, which exclusively promotes the UN’s Sustainable Development, aka Technocracy. Note that the study referenced is sponsored by the World Bank! ⁃

Unfortunately, the writer of this story suggests that inventing genetically modified food (GMO) is the future of feeding the world. – TN Editor

The World Resources Institute (WRI), which is supported in part by the U.N., is encouraging humans to give up eating meat. Doing so, they believe, will not only help with food supplies but will also combat climate change. Become a vegetarian or watch the world starve to death and burn is the messaging, I guess.

Writing in their report, the WRI project claims:

Consumption of animal-based foods to rise 68 percent between 2010 and 2050, with an 88 percent increase in consumption of ruminant meat (meat from cattle, sheep, and goats). These trends are a major driver of the food, land, and GHG mitigation gaps. For every food calorie generated, animal-based foods—and ruminant meats in particular—require many times more feed and land inputs, and emit far more greenhouse gases, than plant-based food.

After the begrudging acknowledgment that meat does provide some needed nutrients to people in developing countries, the WRI adds that the increase in meat consumption around the world “is both unnecessary and unhealthy.” Playing the spoilsport, WRI felt the need to then insert that science ” has now identified processed meats as carcinogenic and red meat as probably carcinogenic.”

We get it, leftists, things that humans enjoy are bad and should be taken away from us. Who cares that quinoa tastes like dirt, no matter what you do to it? Massive amounts of red meat might be carcinogenic and forests have to be cut down to accommodate the cows. We should stop eating delicious meat and eat more tasteless quinoa and kale instead.

Well, no thank you. I was once a vegetarian and I ain’t going back. I’m much smarter now than when I was a member of PETA.

I also grew up in the Florida Panhandle surrounded by tree farms, so I don’t buy the “we’re running out of trees” scare tactic. Acres and acres filled with rows upon rows of pine trees blanket the area. As a fun way to combat any leftist tendencies they may have, I love pointing out those tree farms to my kids whenever we visit my dad. I then ask, “So, kids, what do you say whenever your teachers complain about deforestation?” The correct reply, that they’ve learned by looking out of the windows of our car, is, “Trees are a renewable source of energy.”

Of course, raising more cattle to feed this world’s growing mouths will require some deforestation. So, what? There are more trees in this country than when the Pilgrims landed. There are also way more fields containing cattle, too. Lots of deforestation has happened as has even more reforestation. I understand that land is ultimately a limited resource, but we are far from coming close to that limit. Protecting virgin forests is all fine and dandy until it begins to threaten humanity’s ability to flourish. Cut trees down when and where needed, and plant and cultivate trees when and where needed.

Another way to help ensure that everyone has enough food is to put an end to the irrational attack on GMO food. The Green Revolution started by American scientist Norman Borlaug has been attributed with preventing billions of people from starving to death. Imagine how many future people could be fed if we’d stop demonizing big businesses that have the resources and incentives to develop more and better GMO crops.

Thanks for the article
The WRI report linked in the article is the “Synthesis Report” of December 2018, there’s also a “Final Report July 2019” at https://wrr-food.wri.org/

Yes, eat vegetarian Genetically modified food! This is Gaia worship, Buddhism & Yoga in which they believe that you can’t reach godhood unless your body is clean from animal impurities.