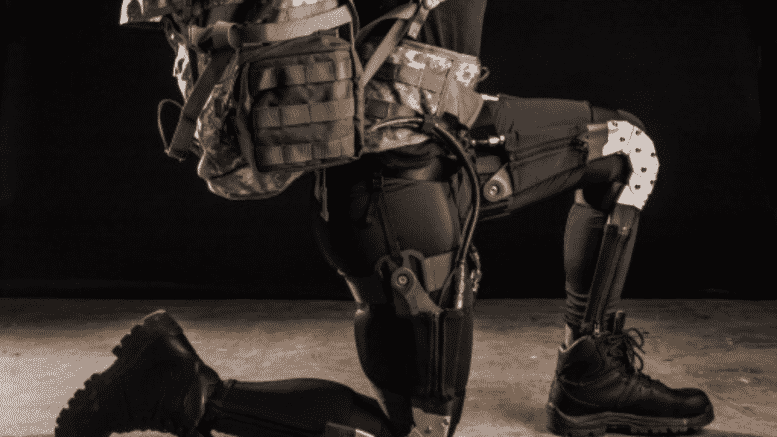 Please Share This Story!
PDF 📄
“Human augmentation” is a term used by Transhumanists who believe science can control the future “evolution” of humans. It seeks to create Humanity 2.0, or a race of super-humans so advanced that one day they might achieve immortality and escape death. ⁃ TN Editor

The chief scientist for the newly created US Space Force has said he thinks ‘human augmentation’ will be here sooner rather than later.

Dr. Joel Mozer, speaking at an event at the Airforce Research Laboratory, said that it is ‘imperative’ that the US outdo its adversaries by leading in ‘human augmentation’ in military technology.

‘In the last century, Western civilization transformed from an industrial-based society to an information-based society, but today we’re on the brink of a new age: the age of human augmentation,’ said Mozer.

‘In our business of national defense, it’s imperative that we embrace this new age, lest we fall behind our strategic competitors.’

Mozer, whose career has been spent largely with the US Air Force developing space flight technologies, warned that there would be ‘unimaginable’ advances made over the next decade, citing the leaps in artificial intelligence (AI) that have already been made in programs like Google’s AlphaGo.

The Space Force scientist added that AI could eventually develop military tactics and strategies that ‘no human could’, and that eventually ‘autonomous’ programs or machines could advise commanders in real time.

The AI could eventually create programs that design lines of attack too complex for humans to understand, Mozer warned.

‘This will extend to the battlefield, where commanders and decision makers will have at their disposal multiple autonomous agents, each able to control the execution of things like reconnaissance, or fire control, or attack,’ added Mozer.

He warned that ‘we must think carefully about the ethics of this, and how we will trust these autonomous agents, especially in an era of lethal autonomous warfare.’

Moving on to human augmentation, he suggested augmentation technology could eventually produce a ‘superhuman workforce’, that use technologies like ‘augmented reality, virtual reality and nerve stimulation’. ‘

You could put [an] individual into a state of flow, where learning is optimized and retention is maximized,’ he said.

‘This individual could be shaped into somebody with very high-performing potential.’ The US government has a long history of human experimentation for potential military applications.

It is getting outdated to concentrate on military expansion.
Mankind is starting to rebuild its free live, no slavery, peace means no more wars and a happy and healthy life.
Time to close Military Industrial Complex with its Knowlegeable itiots.

Believe me if I say it is in the Stars “Peace means no more wars on this planet” and the warshops will be closed for the next thousand years.

WE THE PEOPLE are going to run the world and all peaceminded people are joining!

Oh may I share this very good news! https://www.youtube.com/watch?v=yU8IEL3S6TY

Exactly what Hitler sought to do…

Augmentations would be great in a fully decentralized world with decentralized technology. But I do NOT want it if it’s run by technocratic fucktards.

How about preventing war?