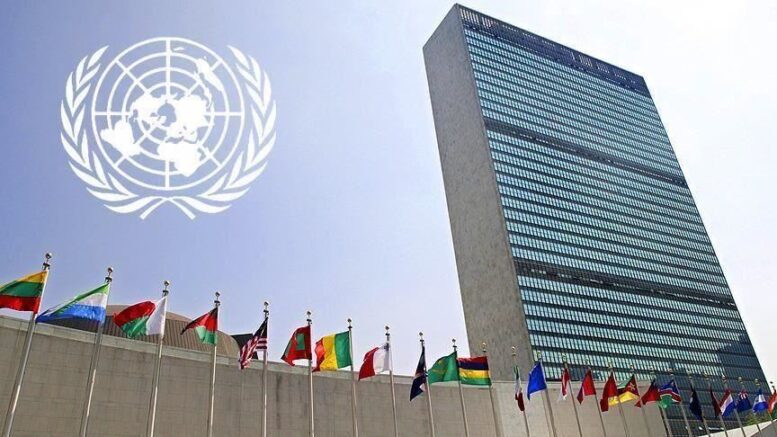 And then came Brazil’s President Jair Bolsonaro, who “plans to flout New York vaccine rules at UN meeting“. The UN Secretary General was forced to admit that “it would be impossible to deny access to unvaccinated heads of state.” Bolsonaro understands globalization and in particular, Technocracy, and refuses to play the role they have assigned to him. As a result, he is being demonized, ridiculed, shamed, bullied and marginalized. ⁃ TN Editor

The debate unfolding around the world over coronavirus vaccine mandates is playing out on a small scale at United Nations headquarters ahead of a meeting of dozens of world leaders in New York next week.

New York City officials have requested that heads of states, and the many diplomats traveling with them, show proof that they are fully vaccinated before entering the U.N. hall for the annual opening of the General Assembly, one of the top diplomatic events of the year.

The request got the backing of the General Assembly’s president, Maldivian Foreign Minister Abdulla Shahid. In a statement released on Wednesday, New York Mayor Bill DeBlasio and International Affairs Commissioner Penny Abeywardena thanked U.N. diplomats for working with them on the issue, calling them “true New Yorkers” for helping the city recover.

But not all those diplomats professed the same camaraderie. In a letter to colleagues released on Wednesday, Russian U.N. Ambassador Vasily Nebenzya called the requirements “a clearly discriminatory measure” and said that they were a violation of the U.N. charter.

This Russian opposition to the vaccine requirement prompted harsh words from DeBlasio on Thursday, with the New York mayor telling reporters that “if the Russian ambassador is against it, I’m for it” and suggesting that the Russians had “invalidated themselves” by trying to disrupt U.S. elections.

The Russian Mission to the United Nations did not respond to a request for comment.

The news comes amid broader tensions: Experiments with coronavirus mandates in Europe, the United States and elsewhere have created friction as variants spread — and as countries struggle to balance public health restrictions with individual liberties.

New York has started requiring proof of at least one coronavirus shot to allow people into restaurants, gyms, movie theaters and other indoor venues.

But for foreign diplomats, there is a further complication: Countries administer different coronavirus vaccines — including ones that have not been granted emergency use authorization in the United States.

Sputnik V, a vaccine backed by Moscow and widely administered in Russia, does not have approval in the United States and is not on the World Health Organization’s emergency use listing either.

New York officials have announced that they will give out free doses of the single-shot Johnson & Johnson vaccine by the U.N. headquarters in Midtown, but it is not approved in all U.N. member states either, though it does have WHO emergency use listing.

Well, let the fascists fight it out in person or on video, whatever. Most are on the Biden train to hell anyway.

The little man, NY mayor, suffers from control deficiency. Enough is not enough for him.

And despite “2% vaccines” in Africa where are the tens of MILLIONS predicted dead in Africa from COVID?

US needs to exit UN IMMEDIATELY and Russia should do likewise. Mayor of New York City belongs in prison for crimes against God and humanity, he will be going to eternal prison in hell if doesn’t repent soon!

No problem in Africa. The population takes Ivermectin for parasitic and viral infections as a prophylactic and a cure as there are loads of parasites on that continent. It’s given out as a cure for a lot of illnesses, or was. Don’t have details on that. That’s why there are not millions dying in Africa from covid.

As far as the Deep State predators’ gene therapy covid shots go, who knows? They lie so much nothing they say can be believed or counted on.

If you need to purchase it: alldaychemist.com

I love it when they fight amongst each other!

PRESIDENT OF CROATIA: THE MEDIA SPREAD PANIC AND NONSENSE. WE WILL NOT BE VACCINATED ANYMORE. – Stop 5G Appeal

[…] clearly discriminatory measure” and a violation of the UN charter, which of course it is. https://www.technocracy.news/vaccine-mandate-creates-confusion-conflict-at-un-assembly-in-new-york/ But hey, we are in the midst of the collapse of the rule of law.  These days, talking about […]