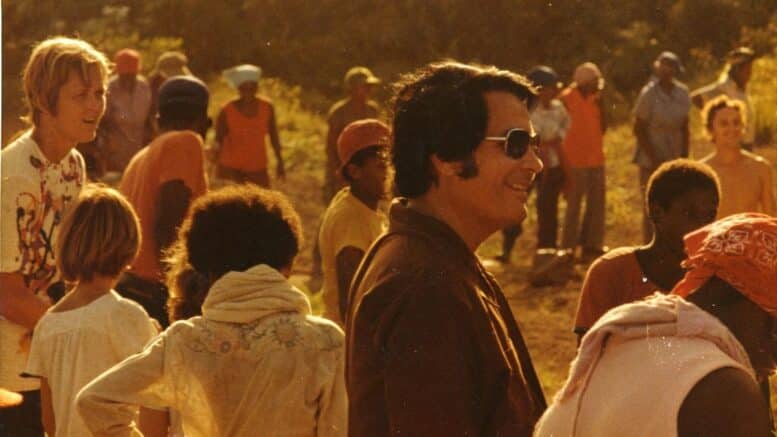 Please Share This Story!
PDF 📄
If one substitutes C.J. Hopkins’ concept of “global capitalism” with Technocracy, this article paints a detailed and revealing portrait: “a new form of totalitarianism, a globalized, pathologized, depoliticized form, which is being systematically implemented under the guise of “protecting the public health.’” ⁃ TN Editor

In The Covidian Cult (Part I) and (Part II) I characterized the so-called “New Normal” as a “global totalitarian ideological movement.” Since I published those essays, more and more people have come to see it for what it is, not “insanity” or “an overreaction,” but, in fact, a new form of totalitarianism, a globalized, pathologized, depoliticized form, which is being systematically implemented under the guise of “protecting the public health.”

In order to oppose this new form of totalitarianism, we need to understand how it both resembles and differs from earlier totalitarian systems. The similarities are fairly obvious — the suspension of constitutional rights, governments ruling by decree, official propaganda, public loyalty rituals, the outlawing of political opposition, censorship, social segregation, goon squads terrorizing the public, and so on — but the differences are not obvious.

When you are an unrivaled global ideological hegemon, as global capitalism has been for the last 30 years or so, your ideology automatically becomes “reality,” because there are no competing ideologies. Actually, there is no ideology at all … there is only “reality” and “unreality,” “normality” and “deviations from the norm.”

Yes, I know, reality is reality … that’s why I’m putting all these terms in scare quotes, so, please, spare me the lengthy emails conclusively proving the reality of reality and try to understand how this works.

There is reality (whatever you believe it is), and there is “reality,” which dictates how our societies function. “Reality” is constructed (i.e., simulated), collectively, according to the ideology of whatever system controls society.

In the past, “reality” was openly ideological, regardless of which “reality” you lived in, because there were other competing “realities” out there. There aren’t anymore. There is only the one “reality,” because the entire planet — yes, including China, Russia, North Korea, and wherever — is controlled by one globally hegemonic system.

A globally hegemonic system has no need for ideology, because it doesn’t have to compete with rival ideologies. So it erases ideology and replaces it with “reality.” Reality (whatever you personally believe it is, which of course is what it really is) is not actually erased. It just doesn’t matter, because you do not get to dictate “reality.”

Global capitalism gets to dictate “reality,” or, more accurately, it simulates “reality,” and in so doing simulates the opposite of “reality,” which is equally if not more important.

This global-capitalist-manufactured “reality” is a depoliticized, ahistorical “reality,” which forms an invisible ideological boundary establishing the limits of what is “real.” In this way, global capitalism (a) conceals its ideological nature, and (b) renders any and all ideological opposition automatically illegitimate, or, more accurately, non-existent. Ideology as we knew it disappears.

Political, ethical, and moral arguments are reduced to the question of what is “real” or “factual,” which the GloboCap “experts” and “fact checkers” dictate. Also, because this “reality” is not a cohesive ideological system with fundamental values, core principles, and so on, it can be drastically revised or completely replaced more or less at a moment’s notice.

Global capitalism has no fundamental values — other than exchange value, of course — and thus it is free to manufacture any kind of “reality” it wants, and replace one “reality” with a new “reality” any time that serves its purposes, like stagehands changing a theatrical set.

For example, the “Global War on Terror,” which was the official “reality” from 2001 until it was canceled in the Summer of 2016, when the “War on Populism” was officially launched. Or, now, the “New Normal,” which replaced the “War on Populism” in the Spring of 2020. Each of which new simulations of “reality” was rolled out abruptly, clumsily even, like that scene in 1984 where the Party switches official enemies right in the middle of a Hate Week speech.

Seriously, think about where we are currently, 18 months into our new “reality,” then go back and review how GloboCap blatantly rolled out the New Normal in the Spring of 2020 … and the majority of the masses didn’t even blink. They seamlessly transitioned to the new “reality” in which a virus, rather than “white supremacists,” or “Russian agents,” or “Islamic terrorists,” had become the new official enemy.

They put away the scripts they had been reciting verbatim from for the previous four years, and the scripts they had been reciting from for the previous 15 years before that, and started frantically jabbering Covid cult-speak like they were auditioning for an over-the-top Orwell parody. Which brings us to the problem of the Covidian cult … how to get through to them, which, make no mistake, we have to do, one way or another, or the New Normal will become our permanent “reality.”

I called the New Normals a “Covidian Cult,” not to gratuitously insult or mock them, but because that is what totalitarianism is … a cult writ large, on a societal scale. Anyone who has tried to get through to them can confirm the accuracy of that analogy.

You can show them the facts until you’re blue in the face. It will not make the slightest difference. You think you are having a debate over facts, but you are not. You are threatening their new “reality.” You think you are struggling to get them to think rationally. You are not. What you are is a heretic, an agent of demonic forces, an enemy of all that is “real” and “true.”

The Scientologists would label you a “suppressive person.” The New Normals call you a “conspiracy theorist,” an “anti-vaxxer,” or a “virus denier.” The specific epithets don’t really matter. They are just labels that cult members and totalitarians use to demonize those they perceive as “enemies” … anyone challenging the “reality” of the cult, or the “reality” of the totalitarian system.

The simple fact of the matter is, you can’t talk people out of a cult, and you can’t talk them out of totalitarianism. Usually, what you do, in the case of a cult, is, you get the person out of the cult. You kidnap them, take them to a safehouse or wherever, surround them with a lot of non-cult members, and deprogram them gradually over the course of several days.

You do this because, while they are still inside the cult, you cannot get through to them. They cannot hear you. A cult is a collective, self-contained “reality.” Its power flows from the social organism composed of the cult leaders and the other cult members. You cannot “talk” this power away. You have to physically remove the person from it before you can begin to reason with them.

Unfortunately, we do not have this option. The New Normal is a global totalitarian system. There is no “outside” of the system to retreat to. We can’t kidnap everyone and take them to Sweden. As I noted in Part I of this series, the cult/society paradigm has been inverted. The cult has become the dominant society, and those of us who have not been converted have become a collection of isolated islands existing, not outside, but within the cult.

So we need to adopt a different strategy. We need to make the monster show itself, not to those of us who can already see it, but to the New Normal masses, the Covidian cultists. We need to make Jim Jones drop the peace-and-love crap, move into the jungle, and break out the Kool-Aid.

We need to make Charles Manson put down his guitar, cancel orgy-time, and go homicidal hippie. This is how you take down a cult from within. You do not try to thwart its progress; you push it toward its logical conclusion. You make it manifest its full expression, because that it when it implodes, and dies.

You do not do that by being polite, conciliatory, or avoiding conflict. You do that by generating as much internal conflict within the cult as you can.

It needs the simulation of “reality,” and “democracy,” and “normality,” to keep the masses docile. So we need to attack that simulation. We need to hammer on it until it cracks, and the monster hiding within in appears.

Stop arguing with them on their terms, and instead directly attack their “reality.” When they start jabbering about the virus, the variants, the “vaccines,” and all the other Covid cult-speak, do not get sucked into their narrative. Do not respond as if they were rational.

Respond as if they were talking about “Xenu,” “body thetans,” “Helter Skelter,” or any other cultoid nonsense, because that it is exactly what it is. Same goes for their rules and restrictions, the “face coverings,” the “social distancing,” and so on.

Stop arguing against them on the grounds that they don’t work. Of course they don’t work, but that is not the point (and arguing that way sucks you into their “reality”). Oppose them because of what they are, a collection of bizarre compliance rituals performed to cement allegiance to the cult and create a general atmosphere of “deadly pandemic.”

There are many ways to go about doing this, i.e., generating internal conflict. I have been doing it my way, others are doing it theirs. If you’re one of them, thank you. If you’re not, start. Do it however and wherever you can. Make the New Normals face the monster, the monster they are feeding … the monster they have become.

[…] Click this link for the original source of this article. Author: C.J. Hopkins via ConsentFactory […]

Generally, yes, I agree. Most of the points herein, especially those regarding the Normies needing to awaken are on point. Might I add, a direct ‘how-to’ would have served the reader better than advice to “stop arguing”. Hell, that’s way back in the rearview mirror for most of us. News alert! If they can’t see they won’t hear. Can anyone say Jim Jones? However, this statement is not true as written and understood by me: “There is only the one “reality,” because the entire planet — yes, including China, Russia, North Korea, and wherever — is controlled by one globally… Read more »

It would encourage me to know that American media ranks lowest in the world. If anything could encourage me now. Almost three fourths of the population distrusts them. Funny how arrogant they remain.
Don Lemon almost wept–acting shocked–in a video where some Conservatives remained unimpressed upon finding out who he was.

Thank you so much for existing

Ever since FDR showed the world how an effective government can and should work, the central bankers and mega corporations have been plotting to shut down the sovereign nation-state. Now with the popularity of MMT (a description of how government investment really works) they are rushing their 80 yr old plan to install a permanent overlord class that would use digital currency and vaccine passports to control the masses. Sadly it seems AOC and all politicians, media, mainstream economists are all obsessed with supporting Reagan/Thatcher’s notion that taxes fund spending even though they don’t. Worse, she is promoting the notion… Read more »

Enforce economic policies that will promote famine, plague, poverty, etc, which will create global stability in the long run.