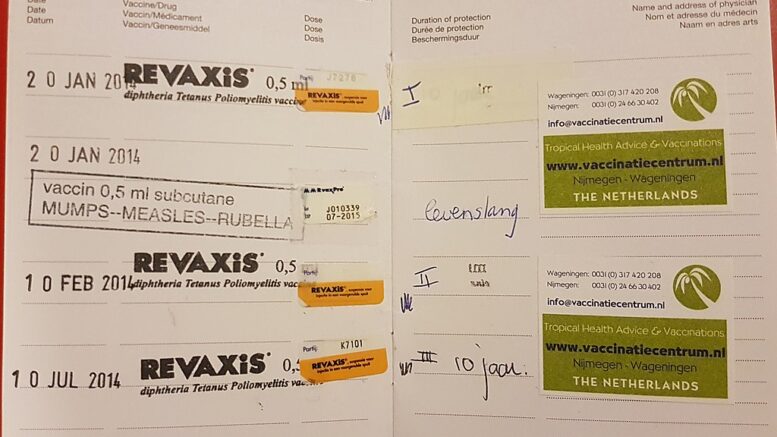 Please Share This Story!
PDF 📄
Countries and global corporations will drive herds of people to get vaccinated in order to travel, enter government buildings, participate in commerce, get discounts at participating retailers and wholesalers, etc. This is tantamount to extortion and will force many people to take vaccines against their own will. ⁃ TN Editor

New York Times admits schemes could lead to “a dystopic system that would limit the rights of people who have been careful to avoid infection and are unable or unwilling to be vaccinated.”

Several more countries have indicated that they are to adopt vaccination passports, meaning anyone crossing their borders will need to be able to prove they have been inoculated against coronavirus.

It is being reported that the South African government is working on implementing an entire Covid-19 vaccine ‘ID system’, which will not only encompass the so called ‘passports’, but will also include “management and surveillance of the Covid-19 vaccine,” as well as “an integrated track-and-trace system,” and “a dashboard system… to capture the reasons given for vaccine refusal.”

The country’s COVID battle has come under scrutiny in recent weeks with a purported super ‘mutation’ of the virus being discovered there.

The South African Department of Health has announced that all citizens who are vaccinated will be placed on a national register and provided with a vaccination card.

Meanwhile, in Europe, another country has indicated it will adopt the vaccination passport scheme with Ukrainian health officials announcing that all vaccinated people will be entered into an electronic health care database.

“When mandatory vaccination passports are introduced at the international level, Ukrainian doctors will be able to promptly issue a certificate of vaccinations,” said chief sanitary doctor of Ukraine Viktor Liashko.

Another country said to be mulling the introduction of COVID passports is Russia. The New York Times reported that “The Russian government is considering issuing coronavirus health certificates that could ease travel and commerce for people who have been vaccinated.”

The Times quoted the head of the Russian Parliament’s committee on public health, Dmitri Morozov, who said that a Covid passport was “very important and needed.”

“This is great, this is the new world,” Morozov reportedly stated.

The Times also noted that “A regional governor in Russia, Radi Khabirov, proposed on Monday that Covid passport holders receive discounts at stores, as an incentive for people to obtain the certificate.”

After the Times report was published, Russian state media denied that a COVID passport scheme to limit travel had been discussed by Peskov or the Kremlin.

“We are far from a unified point of view on this subject right now, there are no consistent approaches or a consensus on this subject,” Peskov said, but added that “this subject is circulating, it’s being worked out.”

Interestingly, while the likes of the New York Times has reported on other countries adopting the COVID passports, in its coverage of Russia potentially doing the same, it paints a much darker picture, stating that “Opponents fear a dystopic system that would limit the rights of people who have been careful to avoid infection and are unable or unwilling to be vaccinated.”

“Russia has a grim history rooted in the Soviet era of controlling citizens’ movements, through a residency permit system that was never fully abolished,” the Times report continues.

So when Russia do it, it’s bad, but when other countries do it, it’s part of restoring ‘open society’. Hmmmm.

More than ever important: Everyone should read Dr. Stefan Lanka’s new book, perhaps the most important book of your life: https://coronistan.blogspot.com/2021/01/die-wahrheit-uber-das-coronavirus-die.html “Corona – further into chaos or chance for EVERYONE? In this book you will find the details and the story that led to the Corona crisis. The references to biology, which make the actual causes of disease and apparent transmission clear, are complemented by the summary refutation of the claims that there are disease-causing viruses. If the fear is gone and the mind works again, it becomes clear that the virologists who claim disease-causing viruses have refuted themselves through their… Read more »

It’s time to hear the real truth the mainstream media is not telling us!