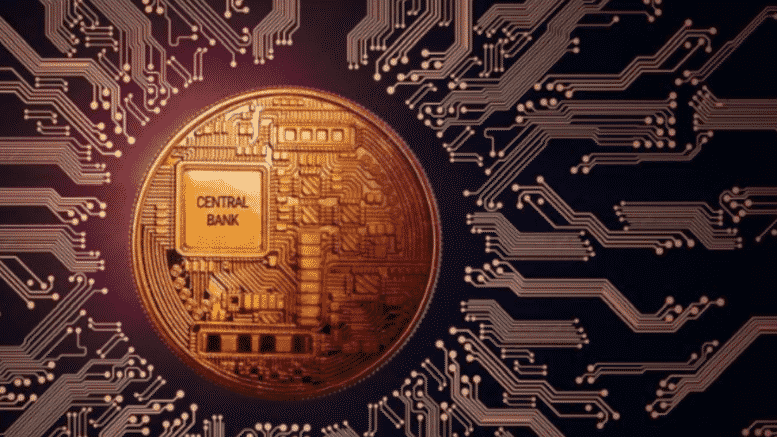 Please Share This Story!
PDF 📄
As a matter of Technocrat policy, “If people can’t hoard physical money, it becomes much easier to cut rates far below zero.” This means your banked funds risk being plundered at the will of the policy makers. Eventually, all money accrues to the takers while the depositors see their wealth vanish. ⁃ TN Editor

Investors have been ignoring progress toward government-issued electronic money, even as many countries are progressing rapidly toward their own online cash. They should ask two questions: Will the Federal Reserve issue a digital dollar? And will it eventually replace physical bank notes?

I think the answer to both questions is yes, and those who agree should be assessing the impact on future monetary policy already, because dramatic change is likely within the timespan of the 30-year Treasury.

The main monetary power of the digital dollar comes from the abolition of bank notes. If people can’t hoard physical money, it becomes much easier to cut interest rates far below zero; otherwise the zero rate on bank notes stuffed under the mattress looks attractive. And if interest rates can go far below zero, monetary policy is suddenly much more powerful and better suited to tackle deflation.

Before going on, a quick definition: I’m talking here about central bank-issued money usable by you and me, just as bank notes are. It might (or might not) pay interest, but it is different to money in an ordinary bank account, which is created by the commercial bank; the existing central-bank digital money, known as reserves, are used only to settle debts between banks and certain other institutions, not available for ordinary use.

Deeply negative rates won’t come straight away. Initially, central-bank digital currencies will almost certainly be designed to behave as much like ordinary bank notes as possible, to make their adoption easy and minimize disruption, while use of physical cash will be allowed to wither away. But those close to the development agree that monetary caution is unlikely to last.

“Central banks are making lots of effort to make sure that CBDC isn’t seen as a possible monetary-policy instrument,” says Benoît Coeuré, head of the Bank for International Settlements’ innovation hub and a former European Central Bank policy maker. “My take is that that discussion will come only later.”

I really did try to understand so-called ‘crypto’; and I do NOT. I don’t see the difference between ‘crypto’ and the Fed Reserves ‘funny money’. They are BOTH ‘something out of nothing….not back by something of VALUE’. ‘Crypto’ is for MORONS! lol

PRESIDENT OF CROATIA: THE MEDIA SPREAD PANIC AND NONSENSE. WE WILL NOT BE VACCINATED ANYMORE. – Stop 5G Appeal