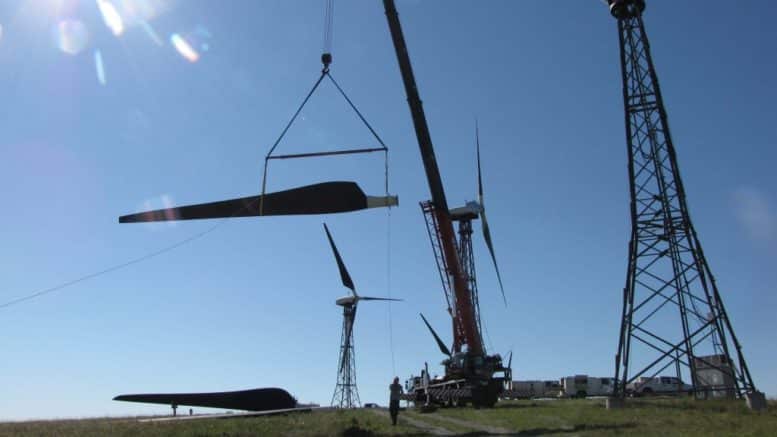 Please Share This Story!
PDF 📄
Decommissioning a wind turbine does not include removing the massive concrete foundation blocks buried as deep as 15 feet into the ground, or cables buried deeper than 4 feet.

Were it not for massive government subsidies, tax rebates and tax credits, no wind turbine would ever be erected. The cost of removal will not be born by the developer, but rather by the city or county. ⁃ TN Editor

It looks like Minnesota will have a very expensive mess to clean up when the wind turbines currently operating in the state reach the end of their 20 year useful lifetimes.

According to utility documents filed by Xcel Energy for it’s Nobles Wind facility, it will cost approximately $445,000 (in 2009 dollars) per turbine to decommission the wind facility. This means it would cost $532,000 per turbine (in 2019 dollars) for each of the 134 turbines in operation at this facility, bringing the total cost of decommissioning the Nobles project to $71 million. However, Xcel also stated these estimates were conservative, meaning this likely represents the high-end cost of decommissioning.

Other wind turbines have six-figure decommissioning costs, as well. According to utility documents for the Palmer’s Creek Wind facility in Chippewa County, Minnesota, it would cost $7,385,822 to decommission the 18 wind turbines operating at that site, a cost of $410,000 per turbine.

One would think such a price tag would at least result in a thorough decommissioning job, but one would be wrong.

According to the Nobles Wind document, “Restoration activities will include and not be limited to removal of all physical material and equipment related to the project to a depth of 48 inches.”

This means Xcel will only remediate the site to a depth of four feet, leaving most of the massive concrete foundations, which go as deep as 15 feet, used to anchor the wind turbines , in the ground indefinitely.

Furthermore, according to the website Nobles Wind facility has an extensive underground collector cable system, laid at a depth of four feet, connecting the turbines to a central substation. Xcel’s documents were not specific enough to determine if they would be removing these cables, but the Palmer’s Wind Farm project explicitly states that cables deeper than 4 feet would not be removed.

Might have been of passing interest to mention, for those of us who aren’t wind turbine engineers, why a wind turbine has only 20 years of useful life. It sounds pretty short.

Most of the ones I have seen aren’t even rotating. I think this is a made up story.

Why wouldn’t the units be upgraded instead of decommissioned? This is a silly article. Just a denier opinion on my part. I am an engineer though and I don’t buy this story.