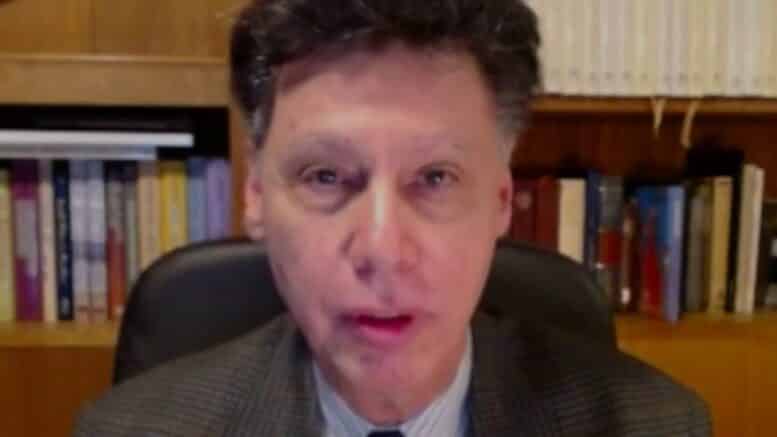 The Technocrat-induced propaganda war against the use of the drug hydroxychloroquine to treat COVID-19 has cost tens of thousands of needless deaths. HCQ has treated tens of millions of people over 65 years with few side effects, and is dirt cheap. ⁃ TN Editor

Yale epidemiology professor Dr. Harvey Risch told Fox News‘s “Ingraham Angle” that he thinks hydroxychloroquine could save 75,000 to 100,000 lives if widely used to treat COVID-19, and that it’s unfortunate that a “propaganda war” has been waged on the commonly prescribed drug which is not based on “medical facts.”

“There are many doctors that I’ve gotten hostile remarks about saying that all the evidence is bad for it and, in fact, that is not true at all,” Risch said on Monday, adding that he believes the drug should be used as a prophylactic for front-line healthcare workers, as has been done in India.

In-hospital mortality was 18.1 percent overall; 13.5 percent with just hydroxychloroquine, 22.4 percent with azithromycin alone, and 26.4 percent with neither drug. “Prospective trials are needed” for further review, the researchers note, even as they concluded: “In this multi-hospital assessment, when controlling for COVID-19 risk factors, treatment with hydroxychloroquine alone and in combination with azithromycin was associated with reduction in COVID-19 associated mortality.” –Fox News

“All the evidence is actually good for it when it is used in outpatient uses. Nevertheless, the only people who actually say that are a whole pile of doctors who are on the front lines treating those patients across the country and they are the ones who are at risk being forced not to do it,” Risch added, arguing that the MSM refuses to cover the benefits of the drug, and is actively silencing those trying to address the efficacy of HCQ.

Imagine how many people have died thanks to the media’s ‘propaganda war.’

[…] too much lately about Hydroxycholoroquine because the Left is still fighting against its use. Yale Professor: Hydroxychloroquine Could Save 100,000 Lives If Widely Deployed *************************   Thank you for contributing to our table of goodies. We’ll have […]

Hydroxychloroquine doesn’t work anymore than vaccines work. You must already know how the Pilgrims Society/Round Table/Fabian Society/Committee of 300/Table of Rome/Freemasons/G30 operate. They present two opposing paradigms, both false. It confuses and obfuscates. Do you want to know what cures all viruses, including SARS, Zika, Influenza and Ebola? Certain polyphenolic compounds that were removed from the pubmed database after Covid-19 became news. Hydroxychloroquine doesn’t have a method of action. I’ve looked into it extensively. Gotta get the left fighting with the right. How else do you divide and conquer? They’ve been using this method for more than 100 years. Silent… Read more »

It confuses and obfuscates.”
EXACTLY!

Yr probably right. Just incredible they can get all these “actors” to perform so well, “I got fired because I wanted to save patients with hydroxychloroquine”.

By the way I tried chloroquine in relation to malaria prevention and didnt like it and left it quickly, feeling weird.

Same thing they do with pain patients and opioids. It’s all political.