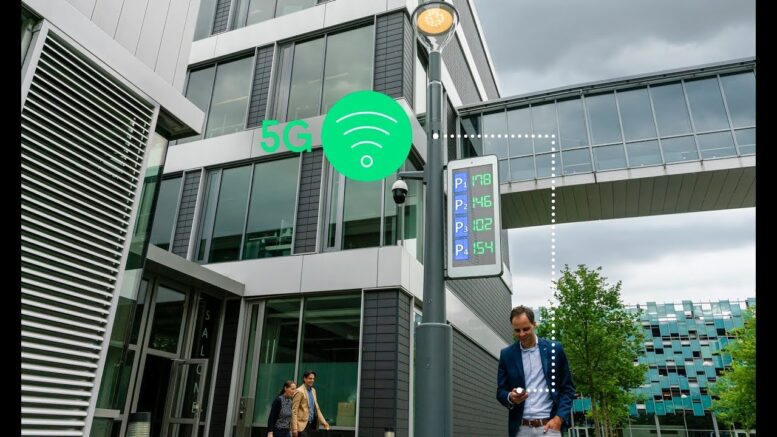 Like a skilled magician who gets you to look at his right hand while the left hand is performing the “trick”, New York state is rolling out 500,000 smart streetlights that hook up to the Internet of Things (IoT).

According to Smart Cities Dive,

Streetlights installed will be on Signify’s Interact City software, which enables local leaders to dim and brighten lights remotely, and centrally monitor outages and planned maintenance in real time. That system can then be upgraded to have sensors with features like environmental monitoring and noise detection. [emphasis added]

In an understatement, the article states “Cities are looking at streetlight upgrades as a way to move their smart city visions forward.” More accurately, it should have laid the blame at the feet of Technocrats within those cities.

Pandemics won’t stop them. Riots, looting and tearing down of historical statues won’t stop them. In fact, those things are helping to drive Smart City build-outs like this. In particular, according to the article,

…an increasing number of local leaders have expressed interest in using smart streetlights as a way to monitor large gatherings, in a bid to try and prevent the spread of infection.

The Common Roots Of Climate Change And COVID-19 Hysteria