As editor of Technocracy News & Trends, I am not particularly satisfied in reporting story after story, day after day, on various aspects of the so-called Covid pandemic. Why fight the propaganda machine? Does it really matter? Aren’t other sites covering it anyway?

After replaying these questions every morning in light of Technocracy, I always come to the same conclusion:

IT’S NOT JUST A STORY, IT IS THE ONLY STORY!

This is Technocracy’s coup d’état. It specifically started on January 30, 2020 when the World Health Organization declared that COVID-19 was a pandemic, calling for emergency powers, lockdowns, social distancing, masks, vaccines, etc.

I flatly predicted this coup in 2015 in Technocracy Rising: The Trojan Horse of Global Transformation. There was no way at that time to understand the means of the coup, but it was clear to me that it was coming, that it had a timetable and intention:

“When studying the progression of Nazi Germany leading up to Hitler’s assumption of complete power, I have often theorized that there was very likely a specific point in time when he realized that he had all the political, military, organizational and economic power necessary to declare himself dictator. Hitler had declared his intentions in his 1925 book, Mein Kampf, which was mostly ignored at the time because it was written by a trouble-making rabble-rouser who was serving time in jail for what he claimed were political crimes. But, Hitler had a dream and a strategy to get there, and then he embarked on implementing that strategy. In 1933, after he clawed and connived his way into power, he pulled the plug and declared himself dictator; there was nothing anyone could do about it. To oppose him meant certain death or imprisonment. His work and strategy, like moving the pieces on a chessboard, had resulted in a doomsday checkmate. My point is that it didn’t happen by accident or a even by a series of random events where one day he just woke up and thought, “I think I will announce my dictatorship after lunch today.” Rather, Hitler was certainly gathering pieces of his empire all along, analyzing and plotting his victory with excruciating detail. As the necessary assets were lined up in a row under his control, Hitler knew exactly what it would take to get to the top, and he knew that he would know when he had arrived. Well, that day arrived, and history was changed forever.

“Based on this thinking, if today’s technocrats are meticulously working toward a scientific dictatorship and applying a specific strategy to get there, wouldn’t you think that they have a specific list of criteria that must be met before “game over” can be called? Wouldn’t you think that they are comparing such a list to the actual progress they are making in the world? Wouldn’t you think that they are monitoring their progress and will recognize when the list has been fulfilled? If you can see my point here, then there are only two questions left: When that day comes, will the Technocrats have the guts to shut the old world order down and simply declare the “system” as dictator? If so, how long will it take them to act?”

Well, of course they have the guts to shut down the old world order! They have done it, haven’t they?

They have declared the “system” as dictator. Isn’t this exactly what Big Tech and Big Pharma are telling us?

So, what about all the other initiatives that Technocracy has been known for?

Those are all advancing on other fronts, but the main column – medical tyranny – is the “shock and awe” phenomenon that is sucking all the oxygen out of the room. Globally. Nationally. Locally. In the workplace. In the hospitals and clinic. In the corporate world. In churches. In neighborhoods. In families.

As such then, the pandemic and all of its surrounds is the ONLY STORY that counts right now, and that’s why Technocracy News & Trends will continue to report on it.

Why Coverage On Pandemic Tyranny Is So Important – LoftCoin

Why Coverage On Pandemic Tyranny Is So Important | The Irish Sentinel

Why Coverage On Pandemic Tyranny Is So Important – Lighthouse Economics

[…] Why Coverage On Pandemic Tyranny Is So Important (technocracy.news) […]

[…] Quelle: Why Coverage On Pandemic Tyranny Is So Important […]

To all those fighting against the globalist agenda world wide: Please share this video/essay widely as I am still on another 30 day suspension. I just updated the essay today which goes into far more depth than the video. I doubt you will find a more comprehensive article on the Afghan situation, the history and why President Carter is responsible for the financing Islamic Terrorism. Yep, it all began with Carter, sad to say. The very long essay can be accessed through the notes below the video as well as links to all my writings and videos. This may be the most important essay… Read more »

Yes it matters thank you and technocracy news for the coverage! Notice how all the initiatives of the total population control, Internet o Things, smartgrid, surveillance state, smart cities, 5G, contradict the technocrats other mainstay: climate change! All these things use exponentially more energy, electricity than horse and cart towns and self-sustaining rural communities! In Germany they had to fire up the coal plants when the ice storms came. People experience that, but invisible, killer nanoparticples in the air… ? So they’ve gone full in to the public health issue for total social control. It’s the same false premise as… Read more »

Thank God for Patrick Wood and the late Antony Sutton. It must be in line with Divine Providence that Technocrats publish their agenda and method of operation. If they were not so obsessed with their own hubris they would have destroyed the world decades ago through stealth. But the need to be seen as the smartest guy in the room telegraphed their plans for attentive observers like Sutton and Wood to awaken resistance. 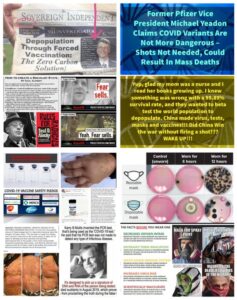 Welcome to the world where corporations take full control. This article from 2016 reflects the distorted way they think: The New World Order Is Ruled By Global Corporations And Megacities—Not Countries” https://www.fastcompany.com/3059005/the-new-world-order-is-ruled-by-global-corporations-and-megacities-not-countries?fbclid=IwAR0fZbue_aiqsZPFruDlXO5zi48RL4_H-4VnDb6_klrVlO5Lqet1vQdocpQ * As cities and companies gain in influence and the power of nation-states decreases, the world is undergoing a seismic transformation.” * Prof. Stephanie Kelton’s book, The Deficit Myth: Modern Monetary Theory and the Birth of the People’s Economy, is a worldwide bestseller. This is why they are in overdrive to deploy their plan to dissolve nation-states. MMT reclaims the State’s power to issue its own currency to… Read more »

Last edited 1 year ago by Build Back Botter
2
Reply

Last edited 1 year ago by Kelli A Gallagher
2
Reply

The so-called pandemic is a great cover for their takeover, since so many people are convinced that there really is a pandemic and are willing to go along with everything. Fortunately, we do have a significant percentage of people who are awake to this agenda and will not comply, so we need to keep up the noncompliance and stay strong against this tyranny!

Saw you on Frankspeech with Howse. Liked what you said and how you said it. Will be posting your articles on my web site.

Patrick Wood: How to Fight Back Against Big Tech, Media, Government Tyranny - Stand Up For The Truth

[…] Why Coverage On Pandemic Tyranny Is So Important […]

What happens when the technocrats hold all the cards? – Calling All Christians

[…] editor of Technocracy News & Trends, I am not particularly satisfied in reporting story after story, day after day, on various aspects […]