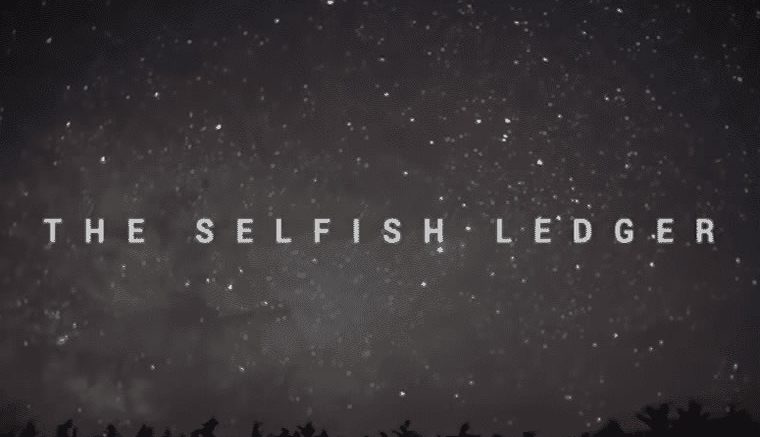 The unvarnished content of this story should spark panic across America. It probably won’t, but it should.

I have written many times that Technocracy is far more advanced than anyone realizes. This is likened to going to a doctor for some minor health issue and being told that you have stage 4 cancer, that it has spread throughout your body and you have only 6 weeks to live. You didn’t feel sick, but that is no measure of how sick you really are.

Technocracy at Google is running rampant. It has gained immense power to change behavior through access to personal data, and declares to use that data to engineer all of society and conform it to its own image.

Before proceeding, you must take 9 minutes to listen to Selfish Ledger, an internal Google video, originally produced in 2016, that was leaked to The Verge:

This is Technocracy. It is not a political system, but a system of societal control in order to manage all resources and all consumption. It is NOT new. Eighty years ago in 1938, The Technocrat magazine defined it like this:

Technocracy is the science of social engineering, the scientific operation of the entire social mechanism to produce and distribute goods and services to the entire population…

What is unclear? This is exactly what Google is doing, and they are almost done doing it. While Google may be the mothership, don’t forget that other giant data hoarding companies like Facebook are on exactly the same path.

When challenged about this video, Google responded to The Verge,

“We understand if this is disturbing — it is designed to be. This is a thought-experiment by the Design team from years ago that uses a technique known as ‘speculative design’ to explore uncomfortable ideas and concepts in order to provoke discussion and debate. It’s not related to any current or future products.”

This lame deflection is a flashback to how the Trilateral Commission responded to criticism from this writer and co-writer Antony C. Sutton in the late 1970s. Back then they were “just discussing options and policies” and had no intent of specifically implementing any one thing. Right. Now we are overrun with and nearly destroyed by the very globalization that they were discussing.

The former CEO of Google and Executive Chairman of its parent, Alphabet is Eric Schmidt. Although he resigned from Alphabet in January 2018, he continues as a member of its board of directors. Most significantly, Schmidt is also a current member of the Trilateral Commission!

“User-centered design principles have dominated the world of computing for many decades, but what if we looked at things a little differently? What if the ledger could be given a volition or purpose rather than simply acting as a historical reference? What if we focused on creating a richer ledger by introducing more sources of information? What if we thought of ourselves not as the owners of this information, but as custodians, transient carriers, or caretakers?”

Don’t think for one minute that Google’s view of the world is shared beyond its own twisted culture, because it is not. However, considering the massive power over data that they have already accumulated, they are in a perfect position to cram it down our throat.

Americans largely rejected Technocracy in the 1940s, but back then, Technocrats had no ‘upper hand’ to overcome citizen resistance. Today’s resurgence of Technocracy, with its overwhelming data domination, changes everything.

As this data domination grows by the hour, there will be a day when Technocracy declares itself the winner and then it will be too late.

The prophetic personality of “Hal” in “2001: A Space Odyssey”. These human institutions have a “genetic code” to expand, regardless of their original purpose.