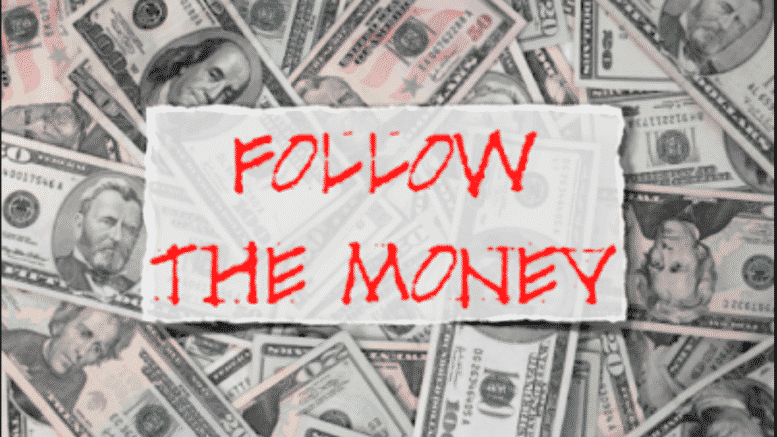 Is should be immediately logical that Technocracy would ultimately be run by Technocrats and that Technocrats would busy themselves with birthing Technocracy. If true, then examining the global financial landscape should give support, and indeed, it does.

A recent infographic published by The Visual Capitalist displayed the stock market capitalization of the largest companies in the world. While critics often take aim at companies like Proctor & Gamble,  Pfizer, Merck & Co., Walt Disney, Nike, JP Morgan Chase,  Wells Fargo, etc., these pale in comparison to the top 6 companies, all of which are run by top global Technocrats!

Who leads the trillion $$$ pack? Apple, Microsoft, Amazon and Alphabet. Facebook is a wannabe trillion dollar club member, as is Tencent.

Furthermore, note the country distribution. The top six are all based in the United States while Tencent is located in China. In this sense, the U.S. rules, China drools. In another sense, it is noteworthy that the bulk of Technocrat tools of dominance have been invented in the U.S. (by these same companies) and then spread to other nations.

By following the money, we are also following the data. Data is money, of course, and has led many to suggest that data is the new oil of the 21st century. Microsoft’s commercial cloud and Amazon Web Services are the runaway leaders in data storage; IBM and Google cloud services are far behind. Google, of course, controls almost 90 percent of global search engine traffic and has catalogued the Internet six ways to infinity.

In America, concerned citizens should stop bothering themselves with Antifa, Black Lives Matter, Marxists, Communists or corrupt politicians. These are little more than buzzing mosquitoes or pesky flies at the proverbial picnic. They will not be the instruments of our enslavement. That mission is orchestrated by the leading and richest people on earth, namely, Technocrats.

So what should we do? Descend on Silicon Valley with pitchforks?

And what a sick bunch of American companies this tech World has produced and the World SUFFERS so much, in so many ways because of it!! America is mentally sick, and its now showing its internal corruption and sick ways that have spread into the World. and for what??? GREED!!!!!!!!! Sick to the core.

Money does not lie; it’s a black and white fact in this world. Money = Power/Influence/Control. Yet, ordinary people wander about swatting at the buzzing annoyances of rigged MSM propaganda. (Good analogy.) It’s all, “Look over there!” and they do!

How much of those stocks are owned by Vanguard and BlackRock? Who sits on the board of directors of two or more of those six companies?