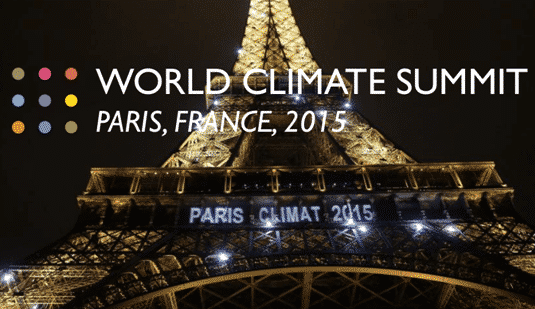 Pope Francis recently released his promised Encyclical Letter on Climate Change titled, Laudato Si’ of the Holy Father Francis On Care For Our Common Home, which specifically seeks to influence the outcome of the United Nations Climate Change Conference to be held from November 30 through December 11 in Paris.

The exact purpose of the Summit is to “achieve, for the first time in over 20 years of UN negotiations, a binding and universal agreement on climate, from all the nations of the world.(1)” [Emphasis added] In fact, this is the most important convention ever held by the U.N., intending to cement Sustainable Development and Agenda 21 policies into place all over the world.

Pope Francis’ contribution to the global consensus is only 98 pages long, but it is a pithy call for Sustainable Development and global governance to enforce it. He sees the United Nations as the clear choice to promote both.

The United Nations Framework Convention on Climate Change has set up a special news site to track ongoing developments. The following statement appears on the home page:

These new front pages and focus sections capture news of climate change and stories about the groundswell of climate action by governments, companies, cities, the UN and civil society around the globe.

The Pope’s analysis of the current status quo, as most damaging to the ecology, is that technocracy is mostly to blame. He writes in Paragraph 194, for instance,

It (talk of sustainable growth) absorbs the language and values of ecology into the categories of finance and technocracy, and the social and environmental responsibility of businesses often gets reduced to a series of marketing and image-enhancing measures.

In the next paragraph, he proposes the orthodox U.N. position of the “green economy”:

The principle of the maximization of profits, frequently isolated from other considerations, reflects a misunderstanding of the very concept of the economy. As long as production is increased, little concern is given to whether it is at the cost of future resources or the health of the environment; as long as the clearing of a forest increases production, no one calculates the losses entailed in the desertification of the land, the harm done to biodiversity or the increased pollution. In a word, businesses profit by calculating and paying only a fraction of the costs involved. Yet only when “the economic and social costs of using up shared environmental resources are recognized with transparency and fully borne by those who incur them, not by other peoples or future generations”, can those actions be considered ethical.

In earlier paragraphs, the Pope opines about “a technocracy which sees no intrinsic value in lesser beings coexists with the other extreme, which sees no special value in human beings.”  He further stated, “Politics must not be subject to the economy, nor should the economy be subject to the dictates of an efficiency-driven paradigm of technocracy.”

Are you confused by his positioning of the word technocracy yet? Well, you should be!

While the Pope rails against the “efficiencies” and cold-heartedness of technocracy, he recommends running straight into the arms of Technocracy, which is the very heart of Climate-Change, Sustainable Development and Agenda 21. (For a full discussion of Technocracy and its relationship to these topics, please refer to Technocracy Rising: The Trojan Horse of Global Transformation by this writer)

This is most clearly seen in this statement from Paragraph 111: “Liberation from the dominant technocratic paradigm does in fact happen sometimes, for example, when cooperatives of small producers adopt less polluting means of production, and opt for a non-consumerist model of life, recreation and community.”

Pope Francis’ chief science advisor, who is largely responsible for the crafting of this Encyclical, is Hans Schellnhuber, who is a pantheist (a form of atheism). Schellinhuber believes in Gaia, or Mother Earth, as being a living, self-aware and self-regulating organism to which man is responsible. This is a polar opposite position of the traditional Catholic belief that God gave the earth to man for his sustenance and enjoyment.

If it was indeed Schellnhuber who introduced the concepts of technocracy and technocratic paradigm into the Encyclical, then he has done the Pope a great disservice, painting him to be ignorant of history and ignorant of the current nature of Sustainable Development. On the other hand, Schellnhuber has identified himself as a master of dis-information against this author who is trying to expose the historical and modern tyranny associated with Technocracy.

Whatever Schellnhuber’s intent, it is interesting to note that he did indeed write about technocracy at the same time when the only recently published book on technocracy and Technocracy is this author’s work, Technocracy Rising.

The ‘Pseudo-Ethics’ of Social Justice In Economics, Politics And Religion

Flashback: The Domination of Barack Obama By The Trilateral Commission