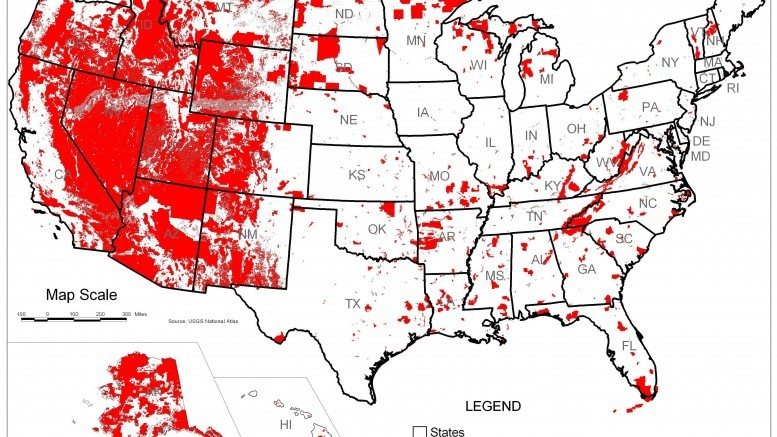 Since 1992, war on agriculture and food production in the United States has been under fierce attack, but the greatest heat has been felt in the West.

Ranchers have had their long-existing grazing and water rights methodically stripped away on Federal land. Farmers have been relentlessly sued by environmental groups and over-regulated by the government.

The so-called Sagebrush Rebellion was just gaining momentum when Ronald Reagan was elected in 1979. As a Westerner, even Reagan counted himself part of the Rebellion.

At the heart of the early stages of the Sagebrush Rebellion was the U.S. Forest Service (USFS) and the Bureau of Land Management (BLM). In the 35 years since 1979, the USFS and BLM have steadily advanced like a Sherman tank, treading over any who would resist and destroying any who would actually attack.

An ignorant and apathetic public never came to the aid of their beleaguered brethren, leaving them to crushing machine of the Federal government. This could change shortly, because the recent Bundy (Nevada) and Hammond (Oregon) confrontations have raised public awareness of the resurgent Sagebrush Rebellion.

The larger picture is seen with the U.N.’s Convention on Biological Diversity (CBD), which was opened for signature at the Earth Summit in Rio De Janeiro in June 1992. The Earth Summit also codified and produced Agenda 21 (Agenda for the 21st Century).

President Clinton signed the CBD treaty on 04 June 1993, but ratification was flatly rejected by the Senate after the above map was introduced on the Senate floor. However, ratification aside, the Executive Branch has steadfastly prosecuted the CBD’s policies and agenda until the present, primarily through operations of the BLM and USFS.

Who has mostly felt the increasing pressure of the BLM and USFS?  Ranchers, farmers and anyone else who creates wealth from the land (lumber, mining, etc.).

This writer has thoroughly documented the connection between Technocracy, the Trilateral Commission and the United Nations’ Agenda 21/2030 Agenda plan for the world. The CBD is a central component to the transformation process sought by Technocracy: to return arable land to wilderness state and to drive rural populations into mega-cities where they can more easily be managed. (See Technocracy Rising: The Trojan Horse of Global Transformation)

While the Sagebrush Rebellion has a name and increasing pubic visibility, agricultural farmers are not so fortunate. A recent press release from the National Alliance for Environmental Reform (NAER) seeks to rectify that:

Written and directed by Emmy Award-winning filmmaker Ray McNally, “Dead Harvest” can be viewed at www.NAER.info.

“California’s Central Valley is the most abundant and productive agricultural land in the world,” said NAER board member Jack Stewart, who recently retired as president of the California Manufacturers and Technology Association.

“From fruits, nuts and vegetables, to beef, milk and cheese, a quarter of America’s food is produced here — and yet nearly a million acres have already been forced out of production because of a relentless onslaught of lawsuits filed by environmental groups that want to return large portions of the valley to desert by cutting off its water,” said Stewart.

“Despite costing thousands of jobs and billions in lost economic activity, virtually no one living outside the valley knows what’s happening here,” said Stewart. “‘Dead Harvest’ brings the crisis to life, detailing the devastating human and economic cost of these lawsuits, the hypocrisy of those filing them, and the damage they’re doing to California’s economy.

“It’s a powerful and provocative story that’s finally being told.”

The following film is highly recommended:

Technocrats Use Coronavirus To Drive U.S. To National Suicide

A compelling movie which screams out – “Change the laws”. Thank you National Alliance for Environmental Reform for this exposure of Dead Harvest and TN for posting it.
Congressman Devin Nunes, I hope you can keep on going. God bless you.

Mr. Wood,
There is a way to pull the teeth oj the BLM, USFS and other alphabet agencies operating without constitutional authority in the Union states. Recently, a doctor in Texas proved to himself and anyone who will listen that the US District Courts do not have constitutional authority to take jurisdiction and enter judgements, orders and decrees in in favor of the United States criminal and civil proceedings arising from a debt in any Union State. For details see his WordPress Blog. https://supremecourtcase.wordpress.com He can be reached by email at
dr.john.parks.trowbridge.jr@earthlink.net

“crushing machine of the Federal government” ( from TN article here by Patrick Wood 2//8/16 ) brings to mind “Geoengineering is the artificial modification of Earths climate systems through two primary ideologies, Solar Radiation Management (SRM) and Carbon Dioxide Removal (CDR)”
( from http://www.geoengineeringwatch.org/ )
I think geoengineering needs to be a part of the discussion.
See also : https://chasingice.com/
Watching the video “Dead Harvest” (2012 ?) makes one appreciate even more what food is available – Thank you for the post
(P.S. already receive TN newsletter)

Hi, Please use this corrected version. Haven’t seen Dead Harvest, but plan to soon. Just reading about it, makes me wonder if the producer left out some important facts. Not all farmers are being denied water. In fact, Mother Jones’ expose, exposes the fact that if your powerful enough, not only can you have access to much more water in CA (than the small family farmers/ranchers), you can take control of what were once was considered public waters. In the early 1990’s a few billionaire farmers and real estate developers did just that. They took control of the Kern County… Read more »