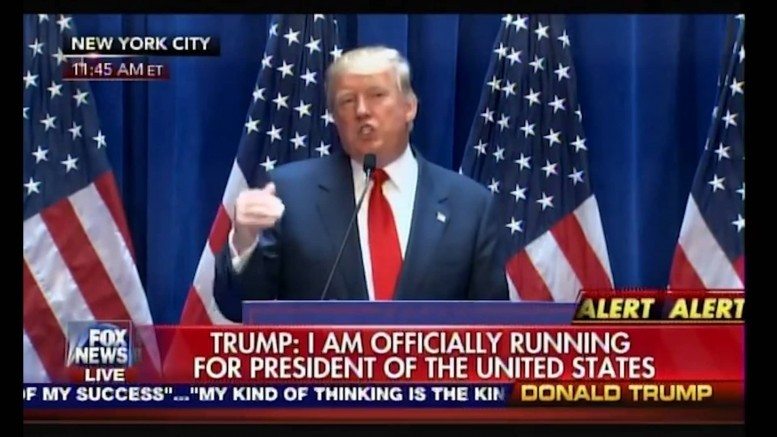 TN Note: This is an insightful article that points out the desire for “managerialism” in government, which is a core principle of Technocracy. Citizens are clamoring for anyone who can put order back into chaos, instead of promoting sound, Constitutional government. Trump supporters take note: TN did not write this article. TN’s purpose is to report what others are saying about issues related to Technocracy and technocrats. If someone calls Trump a technocrat, then it is newsworthy here.

When standing next to Sarah Palin shouting, “Hallelujah!” Donald Trump easily seems to embody modern conservative ideology at its purest, unchecked confrontational extreme. It’s almost a parody of the right-wing id. Where other candidates would limit Syrian refugees except for Christians, Trump would ban all Muslims. And so forth. Most of Trump’s rivals responded to him by scrambling even further to the right, competing for the ideological space now held firmly by Sen. Ted Cruz.

Mixed with Trump’s far-right positions, though, have been some that seem off-key to modern conservative ideology: his support for Social Security, for example, or his December 28 tweet that American “wages are too low,” which is too close to the AFL-CIO slogan “America needs a raise” for any Republican to risk saying anything like it, lest he or she open the door to an increase in the minimum wage.

Analyzing Trump in the ideological terms that are now the only political language we have, journalists have seen Trump as an inconsistent conservative — “going rogue, left and right,” as Palin put it. Or as Lee Drutman suggested here, he’s a brilliant ideological tactician, marketing a formula — conservative on identity politics but liberal on pocketbook issues — that precisely matches the circumstances of downwardly mobile white voters.

Rather than try to make sense of his mixed, inconsistent positions, perhaps it makes more sense to see Trump as simply unmoored from any strong ideological commitments. Running through all his riffs is really a rejection of ideology and an assertion of simple competence. Even on immigration, Trump has been insistent that his Muslim freeze is not based on any deep conviction, but just a pause to “figure out what’s going on.” (Trump is quite insistent on this point when criticized.)

Most other Republican candidates adopt the language of a “clash of civilizations.” (Marco Rubio, the last hope of the GOP establishment, in November declared, “This is a clash of civilizations. … There is no middle ground on this. Either they win or we win.”) While Trump taps the same basic anxieties and fear of the others, he presents it as simply a problem of incompetence — “our country is being run horribly.” Once we “figure out” the problem, we can once again open the door to Muslims. There’s no apocalyptic battle to be fought.

Describing one of Frank Luntz’s focus groups of Trump supporters, Time reporter Sam Frizell said they “sounded like relations of an ill patient, furious that all the previous doctors have botched a test or fumbled the scalpel. To them, Trump actually is the real-deal fixer-upper.”

The nerve Trump has struck may not be one of ideological extremism, but rather a raw desire for managerial competence and an exhaustion with ideological battle. To those of us who know a little bit about Trump’s business history, this seems risible. If we recognize the limits of presidential power and the complexity of the veto points in the US political system, Trump seems dangerously ignorant. But if you don’t pay much attention to legislative politics, didn’t read Spy magazine in the early ’90s, and assume that Trump is the unfailing managerial genius that he presents himself to be, it makes perfect sense.

The irony is that the claim to technocratic competence and rejection of ideology and ideological conflict was once identified with American liberalism. In 1962, delivering the Yale commencement speech, John F. Kennedy declared, “What is at stake in our economic decisions today is not some grand warfare of rival ideologies … but the practical management of a modern economy.” (Even as Kennedy spoke, conservative activists in a New York office were planning Barry Goldwater’s 1964 campaign, in which Ronald Reagan would call the election a “time for choosing” between a government-managed economy and freedom.)

One really simplified version of American political history since the late 1970s would see it as a fight between technocratic managerialism and ideology, in which ideology won. Postwar liberalism, in a story that goes back at least to Woodrow Wilson, began to fail not because it was an unpopular ideology but because it did not recognize itself as an ideology at all. It was all common sense, things we must do. From Goldwater through Reagan, Newt Gingrich, and now Paul Ryan and Ted Cruz, conservatism emerged as a tight, coherent ideology — low taxes, small government to challenge the technocratic pose of postwar liberalism

FDR New Deal policies gave American unions a powerful voice in economic and Social policy, which changed America Society into a right wing socialism. It was when working class people had a strong voice, in government, through their unions. The American unions striked for better wages and benefits, workers had plenty of time off to enjoy family, generally working no holidays or weekends. The individual federal tax base was 91% on the income of high earners and 55% for Corporate tax.  This formula existed until President Johnson, as first agenda after taking office after Kennedy Assassination, pushed legalisation through the… Read more »

Trump supporters take note: It is the purpose of Technocracy News to report what other writers and media are saying about Technocracy and technocrats. This article is one such item.