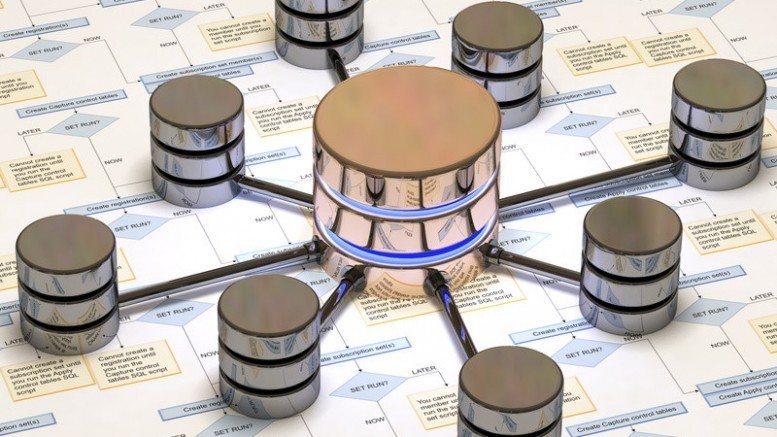 Within the last week, stunning revelations prove conclusively that: a) an extensive and comprehensive, multi-faceted database already exists on all Americans and b) The specific purpose of the data is to control and micro-manage the entire population.

In Technocracy Rising: The Trojan Horse of Global Transformation I demonstrated that a comprehensive data monitoring system on the entire societal system is the holy grail of Technocracy, without which absolute control would not be possible.

On July 18, 2015, Paul Sperry wrote in the NY Post, Obama collecting personal data for a secret race database. It is important to note that the mere existence of data by itself does not imply intent. Intention and purpose are only revealed by humans when they seek to find answers to questions posed for whatever reason. In this case, Obama is sifting an existing database to find specific answers relating to race and diversity issues.

The same database could just as easily calculate everyone’s carbon footprint, reveal political preferences and involvements, list supporters of Sustainable Development and Global Governance, and much more. Basically, once the data is collected, the sky is the limit as to the kind of questions that can be asked of it.

Technocracy was originally proposed and documented in 1934 as a replacement economic system for Capitalism and Free Enterprise, to be based on energy currency instead of monetary currency and supply and demand economic principles. Many observers then and now have concluded that if fully implemented, Technocracy would result in a totalitarian form of scientific dictatorship.

The fifth of the seven key requirements for implementing Technocracy was plainly recorded in the Technocracy Study Course in 1934: “Provide specific registration of the consumption of each individual, plus a record and description of the individual.”

Control over what? The Technocrat magazine (1938) gave a succinct summary of Technocracy’s purpose and scope: “Technocracy is the science of social engineering, the scientific operation of the entire social mechanism to produce and distribute goods and services to the entire population…”

The economic nature of Technocracy is revealed throughout their own documents, as well as it is today. For instance, the NYPost article notes Obama’s purpose as “racial and economic justice.”

Free Enterprise calls for the distribution of goods and services based on supply and demand depending on consumer preferences; Technocracy ignores the consumer and makes arbitrary decisions on which goods and services will be created, what they will cost, and to whom they will be distributed. To the technocrat, societal engineering is the ultimate expression of micro-management down to the very last minutiae of existence.

Obama seeks to use the master database of personal information to answer questions about “racial and economic justice.” Sperry concludes,

“Obama is presiding over the largest consolidation of personal data in US history. He is creating a diversity police state where government race cops and civil-rights lawyers will micromanage demographic outcomes in virtually every aspect of society.”

Such are the unmistakeable markers of Technocracy-in-process.

But the intentional use of data to manipulate society and the people in it is only just beginning.

Micromanaging Travel: A Smart Meter For Your Car

On 7/12/2015, Leo Hohmann wrote in WND, “Feds want to track your every move on road“, which detailed Oregon’s new “Vehicle Miles Traveled” tax, or VMT. VMT is predicated on placing a discrete GPS tracking device in every vehicle that will report wirelessly your exact travel route during the reporting period. You would then be sent a tax bill for your “share” of the road.

A University of Iowa study revealed the Devil in the details of how individual taxation will take place. A customized tax rate will be applied to each vehicle based on its owner’s “carbon footprint”. How would they know what your carbon footprint is? Well, your master profile has all the information needed for the calculation:

– How many and what type of vehicles do you own?
– Do you ride to work on a bicycle or mass transit?
– How much electricity and gas do you use in your home?
– How large is your home?
– Where do you live? In the country? Suburb? Urban dweller?
– How efficient are your appliances?
– How many children do you have?
– How many plane flights do you take?
– How much waste/garbage does your household produce?

The VMT is comparable to a “smart meter” for you car, and is being rolled out by Federal mandate, in similar fashion to the kickstart of Smart Grid in 2009. Twenty-nine states are already proposing legislation to follow in Oregon’s footsteps, and the Department of Transportation is already working within all fifty states to accelerate acceptance.

Hohmann concludes, “If this sounds like a line straight from the United Nations’ sustainability agenda, that’s because it is.”

So here we have two concrete examples of how data from multiple sources is being combined to force policy issues regulating all of society.

Data is being collected at an unprecedented rate in all of world history. Virtually every piece of digital information in existence is being stored in Federal systems, such as the massive NSA facility in Utah that has capacity to hold 100 percent of all data on the planet. The full societal impact of current data stored has not yet been felt because data analysis technology has not kept pace with storage technology. In fact, current computer technology is completely and permanently inadequate to analyze such volumes of data in a timely fashion.

This is rapidly changing, however, and the recent advent of quantum computing technology should become fully operational within a 2019-2021 timeframe – that’s just 4 to 6 years away from now! Quantum computers operate at the molecular level and can potentially speed up data operations by several orders of magnitude. One writer states that even first generation quantum computers make the fastest desktop computer seem like an abacus by comparison.

Although universities and large computer companies are working non-stop on developing quantum computers, the NSA and DARPA (Defense Advanced Research Projects Agency) are leading the charge, fully expecting to receive the first benefits on behalf of the emerging Technocracy.

Technocracy’s final hurdle is data domination. When completed, Technocracy will assert itself over every facet of existence in America. There will be no turning back. Resistance will be punished. Freedom and Liberty will permanently sink back into the dark ages of history.

Will Americans recognize the threat and respond? This writer certainly hopes so, but thus far the response has been minimal.

The only book in print today that addresses historic and modern Technocracy is Technocracy Rising: The Trojan Horse of Global Transformation. It is highly recommended to purchase and read this book immediately, and then to distribute copies to everyone you know.

Technocracy Could Reign Supreme After The Death Of Alternative Media

Memorial Day 2025: Back To The Future