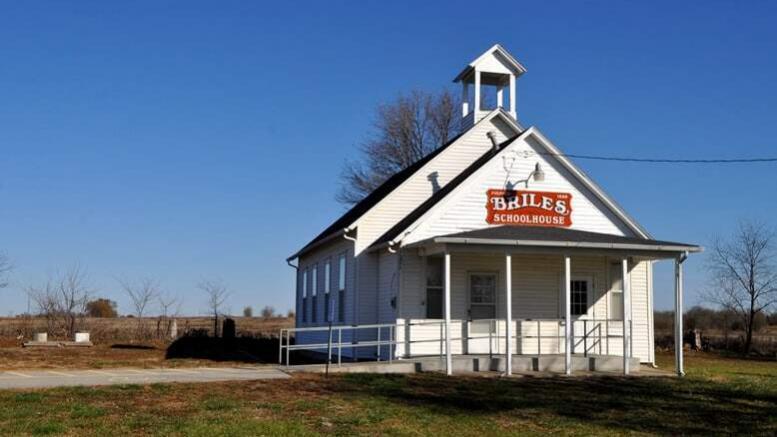 Technocrats have long since hijacked the American education system for their own agenda. What once was a system of actual education of students has now become a system intended to produce nothing more than conditioned Technocrat workers. When this is understood, modern education programs – President George Bush’s “No Child Left Behind” policy and President Barack Obama’s Common Core Education Standards and the Trump Administration signing a UN agreement that states “We commit to facilitating the internationalization of education” – will become crystal clear.

When the Technocracy Study Course was written in 1934 by M. King Hubbert and Howard Scott, it was literally intended to be the “bible” of Technocracy. It contained all of the basic elements of societal construction along with rules and principles for living.

Hubbert and Scott names education as one of the pillar service sectors of Technocracy was education. On page 232, they listed “The end products attained by a high-energy social mechanism on the North American Continent” as:

William Akin elaborated on this in his book, Technocracy and the American Dream (1978, p. 142).

A continental system of human conditioning will have to be installed to replace the existing insufficient educational methods and institutions. This continental system of general education will have to be organized as to provide the fullest possible conditioning and physical training… It must educate and train the student public so as to obtain the highest possible percentage of proficient functional capacity.

Since the basic need of society was technical expertise, their education system would abolish the liberal arts, which addressed outmoded moralistic solutions to human problems. It would essentially replace the humanities with the machine shop. In the process, members of society would be conditioned to think in terms of engineering rationality and efficiency. Man, in short, would then be conditioned to assume the character of machines, to accept “a reality understood in terms of machine-like function.”

Early Technocrats, thoroughly captivated by the vain religion of Scientism, believed that truth about man and the universe could only be discovered through science. As a result, the pioneer of behavioral psychology, B.F. Skinner, was a principal contributor to Technocrat understanding of human conditioning. It was a theory that they eagerly embraced and applied to their utopian model of Technocracy.

Skinner’s association with the Technocracy movement has been well documented in academic literature. Alexandra Rutherford, for instance, wrote B. F. Skinner and Technology’s Nation: Technocracy, Social Engineering, and the Good Life in 20th-Century America in the History of Psychology, in which she stated,

Skinner’s efforts were part of a much larger social engineering tradition that received one of its fullest expressions in the Technocracy Movement of the 1930s.

The balance of Rutherford’s paper detailed the “several philosophical and structural similarities between the Technocrats’ and Skinner’s social visions.”

The Technocracy Study Course is thoroughly dependent on this line of thinking, and every chapter stresses the importance of and need for “conditioning” of all members of society in order for Utopia to materialize. Of course, this goes well beyond just education, but early conditioning of young students was of paramount importance:

No conditioned response to a given stimulus can ever occur unless the subject has previously been through the conditioning experience involving this stimulus and the corresponding response. (p. 187)

Although the modern drift of education toward Technocratic conditioning started in the early 1980s, it is not the purpose of this paper to present details that others have presented over the years. Rather, I will skip forward to the latest program called the Common Core Education Standards Initiative (CCESI) which has swept the American education system over the last 10 years.

CCESI was sponsored by the National Governors Association (NGA) and the Council of Chief State School Officers (CCSSO), both of which are non-governmental organizations. CCSSO is a progressive advocacy organization that focuses on “education workforce; information systems and research; next generation learners; and standards, assessment, and accountability.”The NGA’s membership is exclusively the Governors of each state and territory, but it presents itself as a political organization.

It is important to note that both the NGA and CCSSO are completely independent of any government authority or accountability.

Did funding for CCESI come from the federal government? No! Instead, the primary financier was the Bill and Melinda Gates Foundation, controlled by Microsoft pioneer Bill Gates – a Technocrat. In fact, over a 10 year period, Gates provided almost $500 million to various organizations to develop the curriculum according to his own personal vision of education.

Furthermore, according to its own website, the resulting copyright for CCESI is tightly held by these same organizations:

NGA Center/CCSSO shall be acknowledged as the sole owners and developers of the Common Core State Standards, and no claims to the contrary shall be made.

Parents today wonder why the nature and focus of education has changed so radically over the last 10 years. The simple reason is that it has been hijacked by private Technocrat-oriented organizations and funded by Technocrats like Bill Gates. To call this a monumental coup would be an understatement.

Of course, the Technocrats had help and full cooperation from the federal government which had distributed Common Core to the individual states, -proof of how deep the Technocrat influence runs within our political structures.

In sum, Akin’s observation of Technocracy’s “Continental system of human conditioning” has proven correct: “It would essentially replace the humanities with the machine shop.”

Please review this entire program on the website. These programs are for High School and University levels, all over our nation.

Limitation on Liability UNDER NO CIRCUMSTANCES SHALL NGA CENTER OR CCSSO, INDIVIDUALLY OR JOINTLY, BE LIABLE FOR ANY DIRECT, INDIRECT, INCIDENTAL, SPECIAL, EXEMPLARY, CONSEQUENTIAL, OR PUNITIVE DAMAGES HOWEVER CAUSED AND ON ANY LEGAL THEORY OF LIABILITY, WHETHER FOR CONTRACT, TORT, STRICT LIABILITY, OR A COMBINATION THEREOF (INCLUDING NEGLIGENCE OR OTHERWISE) ARISING IN ANY WAY OUT OF THE USE OF THE COMMON CORE STATE STANDARDS, EVEN IF ADVISED OF THE POSSIBILITY OF SUCH RISK AND POTENTIAL DAMAGE. WITHOUT LIMITING THE FOREGOING, LICENSEE WAIVES THE RIGHT TO SEEK LEGAL REDRESS AGAINST, AND RELEASES FROM ALL LIABILITY AND COVENANTS NOT TO SUE, NGA… Read more »

Pretty sick isn’t it. No more do they learn how to care for themselves. Like how to cook, fall a tree & chop wood for heat, grow a garden, sew clothing, build something out of wood, change a tire, or even work, and especially to read & study the Bible since it is forbidden.

Day 10: Technocracy And Education – The Mad Truther | A Sweet Dose of Reality