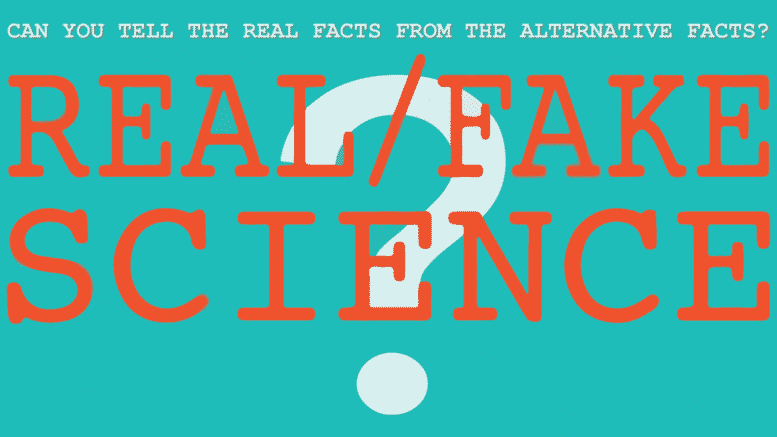 Please Share This Story!
PDF 📄
Technocrats have methodologically gaslighted the world with false science with malicious intent to manipulate and control populations, nations and economies. The public is ill-equipped to tell the difference between what is real and what is false. ⁃ TN Editor

Many powerful interests have combined to argue that science justifies the government-led initiatives to impose, for instance, economic lockdowns, social distancing, mandatory masking, and a future of compulsory vaccines. A growing international movement of people, however, is coming to see that the impositions being done in the name of fighting COVID-19 are not scientific at all. Instead we are in the midst of a propaganda war aimed at inciting fear and even panic.

Josh Mitteldorf has written an illuminating essay about this struggle over who really speaks on behalf of the scientific method. From his analysis he concludes, “never before 2020 have so few people with so little scientific credentials claimed to speak for the scientific community as a whole; and never has the public been asked to modify our daily lives and sacrifice our livelihoods on such a scale.”

After describing “COVID-19 and the Perversion of Science,” Mitteldorf lists ten of the lies and deceptions pushed on us without the backing of scientific authority. Mitteldorf writes,

Here are ten messages that are essential pieces of the standard COVID narrative, but which are unfounded in actual science. Stay tuned for a detailed rebuttal of each.

1. “The origin of the SARS-CoV-2 virus was one of many random events in nature in which a virus jumps from one species to another.”

2. “Chloroquine kills patients and is too dangerous to use against COVID”

3. “The Ferguson model warned us of impending danger in time to take action and dodge a bullet.”

5. “New cases of COVID are expanding now in a dangerous Second Wave”

6. “Masks and social distancing are keeping the virus in check in our communities”

7. “Dr Fauci and the CDC are guiding our response to COVID according to the same principles of epidemic management that have protected public health in the past.

8. “Asymptomatic carriers are an important vector of disease transmission, which must be isolated if we are to stop the spread of COVID”

9. “The lower death rates now compared to April are due to protective measures such as social distancing, mask-wearing, and limited travel.”

10. “With enough resources, pharmaceutical scientists can develop a vaccine in a matter of months, and provide reasonable assurance that it is safe.”

This list of false claims pushed on us by a small clique is far from complete. The inducement of fear and panic is the primary strategy for getting people to go along with the imposition of such monumental changes in our lives. The task of arousing fear is performed by a compliant media that 24/7 exaggerates the severity of COVID-19 while predicting more terrible calamities to come.

As University of Ottawa Professor, Michel Chossudovsky reports in Global Research, “The Fear Campaign Has No Scientific Basis.”

Professor Chossudovsky founded the Global Research.ca site shortly following the 9/11 fiasco in 2001. The site is rich with articles based on scientific analysis that cuts against the power-serving reports on mainstream media. For a survey of recent articles on Global Research, which is based in Montreal, see this.

One of the major stories outlined in this array of Global Research stories is that there is really no method to determine who is “infected” with the virus and who is not. Indeed the results of the PCR test are virtually meaningless. Accordingly, the whole story line of the number of cases increasing towards the need to impose a second set of lockdowns is specious. It is nothing but calculated disinformation. See, for instance, this, this and this.

By now it is well known that the rules for registering deaths were altered in many countries to clear to way for gross exaggerations of COVID-19 death statistics. Moreover, hospital administrators were given financial rewards for going along with the deception. One of the web sites where this story is explained is the Children’s Health Defense, see this.

The alteration of laws, policies and practises in many countries to create the condition for major overcounts of COVID-19 deaths is well known. The phenomenon has been widely reported in alternative media. See this for instance.

The available data on the inflation of case numbers as well as morbidity rates attributed to COVID-19 are founded in fraud, misinformation, lies and specious assumptions. Hence it can be said that the real threat to the public comes not from a killer virus, whose true lethality so far is no more serious than the annual flu. Rather we are dealing with a vile political virus, a massive political deception, being pushed on us by a combination of Big Pharma and globalist financiers. These financiers, as best personified by racketeer Bill Gates, have deep roots in Wall Street, the Federal Reserve and even in the enormous wealth-generating capacities of Communist China.

Literally billions of people worldwide are being placed in harm’s way based on a lavishly financed manipulation of media outlets and public officials. The lockdowns, the muzzling with masks, as well as the “immunity passport” vaccines, are meant to advance a number of goals, most of which have little to do with public health. They are meant to further enrich the rich by ruthlessly assaulting the middle class and further impoverishing the poor.

I’ve been sounding the alarm cry for years about “science.” Here is my latest post in which I discuss many similar issues – and why few are speaking out about it: https://non-toxic-home.org/f/why-arent-people-talking-about-this

The planned intention of a DNA changing vaccine of GATES ‘They will release a man-made coronavirus. As a result the people will demand a vaccine to protect them. This vaccine will add a third strain of DNA to a persons body, essentially making them a hybrid. Once a person is injected, almost immediately their DNA undergoes a transformation. This genetic change will cause people to loose the ability to think for themselves, without them even being aware this happened. Thus they can be controlled easier, to become slaves for the elite.’