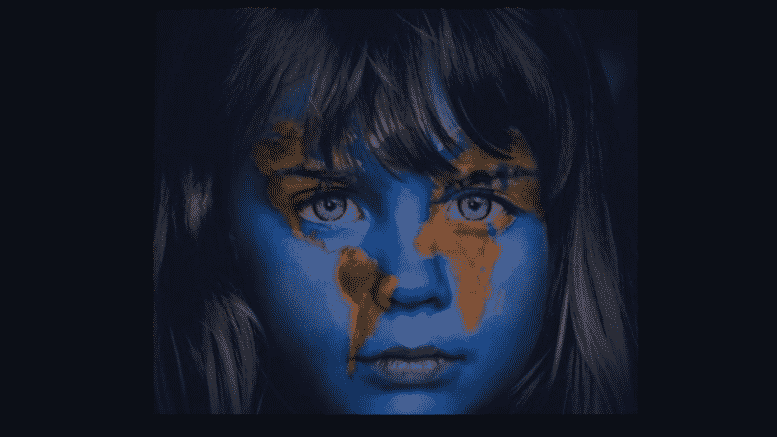 Please Share This Story!
PDF 📄
The world’s over-population propaganda is pure Technocrat fiction. Aging populations are soaring throughout the world along with infertility that has resulted in dramatically fewer births. The United States is now below replacement rate. ⁃ TN Editor

A little over a week ago, we reported on one of the biggest deflationary threats looming over the global economy: that is, China’s shrinking population, as deaths outpace births for the first time, a trend that demographers believe will only worsen as the impact of China’s one-child policy is felt on its population numbers. 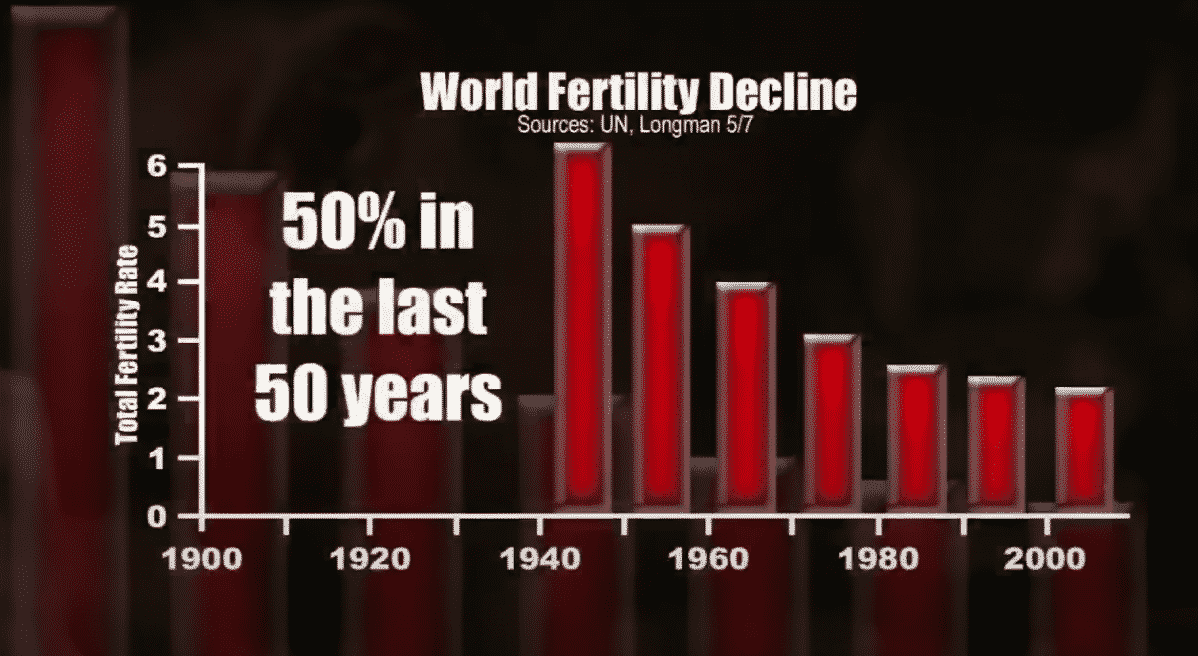 And as Wall Street banks and America’s largest corporations complain about growing inflationary pressures in their sell-side research and earnings calls, the latest population update from the CDC has just confirmed that the deflationary trend of a falling birth rate continued last year in the US. In fact, one could argue this trend has been supercharged by the pandemic, thwarting theories about a lockdown “baby boom” as the number of births in the US fell by 4% in 2020, dropping to the lowest level since 1979.

Put another way: thanks to the pandemic, US birth rates have fallen to their lowest level in a generation. 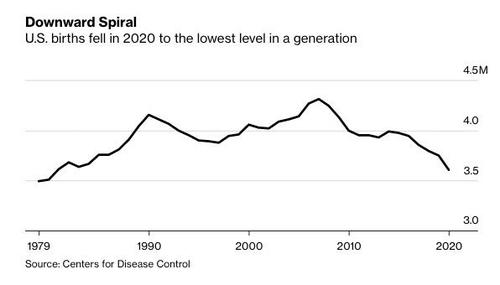 Birth rates dropped across every race, ethnicity and age group – even teenagers (though teenage birth rates have been falling in the US for decades), according to the data, which was published by the CDC’s National Center for Health.

As we noted at the time, a shrinking population is bound to create serious challenges for China’s debt-fueled economy. It’s one reason to doubt President Xi’s propaganda about China being “on the rise” globally.

Still, declining birth rates are a problem across the developed world, and the US is no exception. The provisional data for 2020, at 3.6MM births, marks the 6th annual drop in a row. The decline will likely continue in 2021, when the brunt of the impact from the pandemic will be recorded, but with a nine-month delay.

Bloomberg suggested that fears of contracting the virus while pregnant, or while in hospital to give birth, combined with job insecurity and government measures limiting social contact and business activity, dissuaded Americans from having babies, according to surveys by Ovia Health, a women’s health technology company.

“There are several factors that go into family planning, and an entire ecosystem of support that enables and empowers parents and parents-to-be,” said Paris Wallace, chief executive of Ovia Health. “In 2020, nearly all of those factors were turned on their head, and many of those support systems came crashing down.”

While birth rates fell for women in all age groups between 15 and 40, the declines were steeper in states that were hit the hardest by COVID-19, such as California and New York. And the exodus from crowded urban centers exacerbated the drop in birth rates in places like NYC, where the constant shriek of ambulance sirens over the summer likely made it difficult for couples to get in the mood. 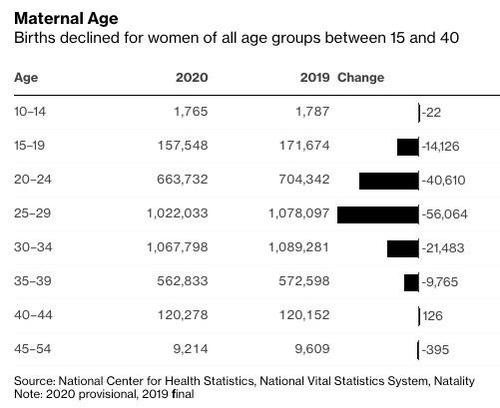 Interestingly, many pregnant couples in the city fled to give birth elsewhere (well, at least those who could afford to do so).

Here are some other key findings courtesy of Bloomberg.

To sum up, a declining birth rate leaves the US with two options: either increase the inflow of immigrants, or risk a blowout in the per-capita level of America’s exploding debt.

Remember many years ago the sudden great push about overpopulation? Well, the message got through to citizens of western nations and our birthrates began to fall. But, the people of third world nations paid no attention to those overpopulation warnings and continued their no birth control practice. Next comes the last decade when we suddenly saw a huge migration of muslims from third world cesspit nations in Africa and the middle East into western European nations. These citizens of these nations, England, Germany, France, etc, were told repeatedly that they had to take in these thousands of unwanted, non-assimulating strangers… Read more »

In your face nazi eugenism. Today the criminals from the Gates Foundation and the Rockerfeller Foundation call it either the ”Great Reset” or Agenda 21 but more often ”Covid 19” mass vaccination with deadly, dangerous, unsafe, untested pseudo vaccines. It is truly about GENOCIDING by stealth 90% of humans. The people guilty of this crimes against humanity, will have to be rounded up, arrested, tried and hanged like the Nazis they are. Considering the number of deaths to follow after the injection of their bio weapons pseudo vaccines, I expect mass extermination of billion of people. The process has already… Read more »

We have rising inflation in recent months, one child costs $250,000 (not incl college). Women have to work for decades to maintain decent standard of living for a couple, w/ few exceptions like high income spouse. Those tuned into technocracy.news and other web sites would not want a child, knowing they would’n’t have a future overall. I am retired and studied globalist agendas for almost 45 yrs, we and other couples we know, (now in their 60’s 70’s) are also child free and some know half of what I know about agenda 2030. Another issue for younger people. Save, max… Read more »