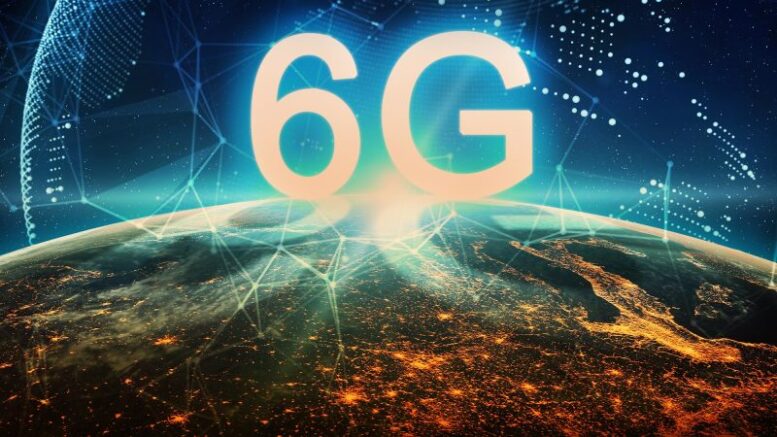 Please Share This Story!
PDF 📄
5G is already a game-changer for connecting the Internet of Things, but the advent of 6G will bring speeds so fast that it will require another descriptive adjective other than “real-time.” Global brain? Unity of life? ⁃ TN Editor

A new microchip that is claimed will give drones and self-driving cars access to “6G and beyond” mobile internet has been developed.

The next generation chip can transmit data more than 30 times faster than the most advanced 5G internet today, scientists said.

They believe its connection is so fast it can download a Netflix film in less than a blink of an eye at an incredible 1,000 gigabits per second.

And experts say it could allow robots to connect to AI super-computers via 6G and perform tasks only seen in science fiction so far.

Professor Tadao Nagatsuma from Osaka University said: “The new multiplexer can be mass-produced, just like computer chips, but much simpler. So large-scale market penetration is possible.

“This would enable applications in 6G and beyond, as well as the Internet of Things, and low-probability-of-intercept communications between compact aircraft such as autonomous drones.”

There are huge hopes for 5G technology to revolutionise our lives by making virtually every electrical device connect to the internet.

But even that has limits and researchers say 6G is decades from allowing self-driving cars to see through walls and around corners, GPS-style tracking accuracy slashed to within a centimetre.

Horrific 5G hasn’t been finalized and turned on yet, (thank goodness) and they are working on both 6G and 7G which we just don’t need nor want because 4G has been slowly cooking everything and every one meaning us human beings already, so when they turn on and power up 5G we will be in “Very Real Danger” here of being irradiated with Very Harmful To Human Beings, and all living breathing thinking and feeling lifeforms here due to the very dangerous and deadly High Frequency RF Microwave Radiation Energies which act very similar to your Microwave Oven in your… Read more »

If they continue with more and more Gs. They will have no human race, only robots.

Then again, zero long term studies about the health risks of such technology. In reality these monsters would not care if they wiped out 99% of humanity. 5G is already quite dangerous. So you can imagine what a thing 30 times more powerful than 5G will do to biological systems on the planet. We are in presence of monsters. These same people pretend pushing ”green agendas” while behaving indeed as mad scientists.

Fantastic….. so all humans and anything living will just go up in a puff of smoke….as if 5G Microwaves weren’t bad enough….
You have to wonder if these idiots coming out with stuff realize what life is?
But anyhoo, the robots who are left can download a movie in the click of an eye… because there will not be HUMANS as we know it for sure.. PURE INSANITY, and you can bet GATES is in there somewhere!