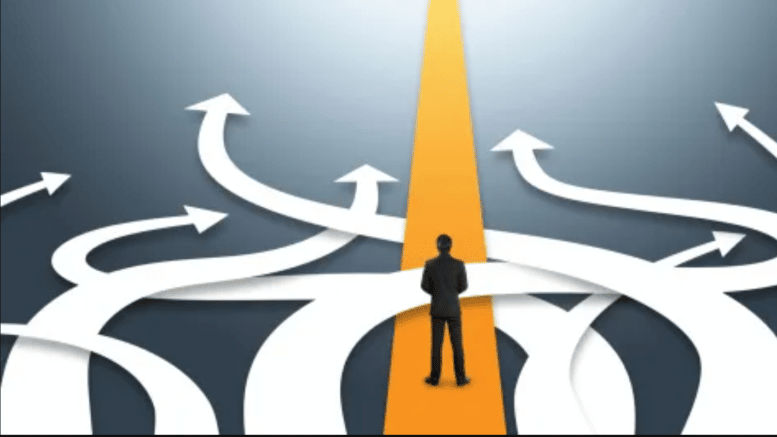 Please Share This Story!
PDF 📄
There may be a time in the near future when global elitists get the shock of their lives, namely, that those who have been “going along” with their crackpot schemes just stop going along. The force of global society will prove to be too much to overcome and the whole globalist citadel will come tumbling down. The problem is, how much hubris will be created in the meantime. ⁃ TN Editor

“These are the times that try men’s souls.”

So, Thomas Paine wrote in 1775 in his publication of “The American Crisis.” Not so well-remembered today are the words that followed that famous quote:

“Tyranny, like hell, is not easily conquered; yet we have this consolation with us, that the harder the conflict, the more glorious the triumph.”

At that time, Colonial America was passing through the early stages of a “Fourth Turning,” an historical time of crisis that occurs roughly every eighty years.

As a point of reference, a First Turning is a period of renewal; one in which a historical crisis has ended. The populace has risen to the occasion, thrown off tyranny and conquered social, political and economic tribulation. Having done so, they now create a renewal, based on hard work, personal responsibility and moral integrity.

A Second Turning occurs a generation later, when the rewards of a First Turning have resulted in prosperity and stability. Those new adults who have grown up during a First Turning will be well-off and will seek to pursue high-mindedness and social concerns. Along the way, they will also pursue self-indulgence. (A deterioration begins.)

In a Third Turning, again a generation later, complacency sets in. Politically, those individuals who are sociopathic (a clinical aberration, estimated at about 4% of any society at any given time) tend to rise in political spheres, replacing the older generation of responsible people. They tend to raise taxes, increase social welfare programmes and increase government spending in every way – really, any excuse to seize increased power over the populace.

Then, in a Fourth Turning, again a generation later, power having been seized, the sociopaths seek total power – the elimination of all freedoms, to be replaced by totalitarian rule.

Historically, in a Third Turning, a complacent people make it possible for sociopaths to take power. In a Fourth Turning, the sociopaths exert that power.

It matters little whether the excuses put forward by political leaders are climate control, racial equity, CBDCs, cancel culture, owning nothing, digital IDs, transhumanism, vaccine mandates or a Green New Deal, the objective is singular: total dominance of the ruling class over the subservient class. Any excuse will do, if it has totalitarian rule as its outcome.

In any Fourth Turning, those who are more thoughtful and forward-thinking will begin to make sense of the ruse, but find themselves being heavily criticized by all and sundry. The media will do all within their power to slap down those who denounce the ruling class. But more to the point, the greater proportion of the populace will remain in their slumber and resist the awakening strenuously.

It is at such a time that the few who have figured out the ruse experience their greatest challenge – whether to speak out or whether to just go along.

This group must struggle in the darkness to a great degree, as the majority of the population fight against an awakening, as it disturbs their complacency and is too horrendous to contemplate.

The latter half of a Fourth Turning becomes a chaotic and confusing period – one in which many people desperately hope to just get along, whilst those who are more visionary become increasingly aware that their freedoms are being flushed away on a wholesale basis.

And, whilst it is the smaller, more visionary group that creates the spark of change, it is, historically, a different and unlikely group that actually creates substantive change in the latter half.

The group that turns the tide is the group that I often (unflatteringly) refer to as the hoi polloi – the average guy.

At some point, the average guy, who simply wanted to be allowed to get on with his life – go to work, mow the lawn, sit on the couch with a six-pack and watch the game – has had his life so disrupted by the ruling sociopaths and their increasingly manic oppression that he accepts that he must turn off the TV and do “something.”

He is not a leader, but he is a joiner.

When, in Ottawa, Canada, a few truckers staged a small demonstration, and the average guy saw it on the news, he got in his truck and joined. He may have had no real idea of how events might develop; he simply added what weight he had to the effort.

But the very fact that he is the average guy – that the bulk of the population is made up of average guys, makes their collective weight greater than those who may have been more inspired thinkers, and – more importantly – greater than the weight of the oppressors.

As simplistic as a convoy of Canadian truckers may be, their numbers become their strength.

More to the point, they carry with them the sympathies of other average people, who come out to cheer them on, bring them food and donate money.

Not surprisingly, their achievement is brief, as it’s so simplistic, but they do succeed in bringing about temporary change, setting Government back on its heels.

Then, a few farmers in the Netherlands hear about the Canadians and decside to drive their tractors into the city, and it happens again.

And it keeps happening.

Throughout history, it’s been the same. In 1775, when Paul Revere rode into Lexington and Concord, it’s quite unlikely that he shouted courageously, “To arms! To arms!” That would have been treason and treason was one of only three capital offenses at that time.

More likely, he went to a few back doors and spread the word quietly. After all, the people of America were at that time British. The hoi polloi of the day – especially those of middle age or older – were relatively successful and had a lot to lose. They did not approve of revolt and were willing to pay the small stamp tax that had triggered it. They argued vociferously in the House of Burgesses to “just get along.” But a few firebrands kept up their challenge and, eventually, they were joined by farmers and shopkeepers who, like the truckers, had had enough and decided to do “something.”

For those of us who saw the warning signs early – decades ago – the first half of the Fourth Turning has been extraordinarily distressing. The Globalists have been thorough in their planning and have successfully executed the removal of freedoms with great stealth that we assumed any “thinking” person should have seen coming.

But most people are not thinkers. Most people “go along.” They continue to go along, right until the moment that…. they don’t.

Thomas Paine was correct. “These are the times that try men’s souls.” Paine was a visionary who, through his writing, attempted to bring about an awakening.

An awakening happens only gradually, but the point arrives when the common man has had about enough. He may not be intellectually inspired, but his collective weight is, and throughout history, has been the turning point.

We are now on that cusp.

Really, who writes such piffle? How much “hubris” will be created? What’s that got to do with anyhting? And this guy is trying to tell us that the divisions we see around us aren’t as real as they appear to be? Perhaps that’s actually true, but I’ve talked to enough people to know that you don’t just strike up conversation and people see what’s going on, instamatically. You need to feed them for awhile, and we don’t have time. It doesn’t matter, the show was over on 9/11. That was the singal that the final stage was here.

The author got it wrong. Benjamin Franklin reported in his published writing that the colonists could easily pay the taxes levied upon them by the British, but the REAL SIN was that the London overlords passed laws forbidding the various colonies to ISSUE their own paper currency called ‘script’. This money, issued by the colonial legislature and spent into the economy to pay for colony’s expenses, made the colonies prosperous. The London merchants wanted the colonies to be sources of cheap raw materials, so they tried to stop the colonies from issuing their own paper money. p.s. private banks, like… Read more »

Technocracy is a Cult
Reply to  Valerie Hollis

Spot on. The whole great reset agenda is to permanently cut out sovereign nations’ financial authority to issue their own currency to invest in public purpose so that the financial class, the central banks and mega corporations, would assume global governance.

Technocracy is a Cult

“They tend to raise taxes, increase social welfare programmes and increase government spending in every way – really, any excuse to seize increased power over the populace.” Government is a public institution that is meant to protect citizens from predatory capitalist exploitation. The natural monopolies that are requirements of a healthy society like healthcare, education, utilities, communication airwaves, etc., are supposed to be maintained through fiscal (government) investment and NOT handed over to the private sector, which results in higher prices, lower quality of service and the unraveling of society, as we have seen these past 40 years. Taxes do… Read more »

Thomas Paine: ‘These Are the Times That Try Men’s Souls’ – Lighthouse Economics

[…] Posted inUncategorized Thomas Paine: ‘These Are The Times That Try Men’s Souls’ […]