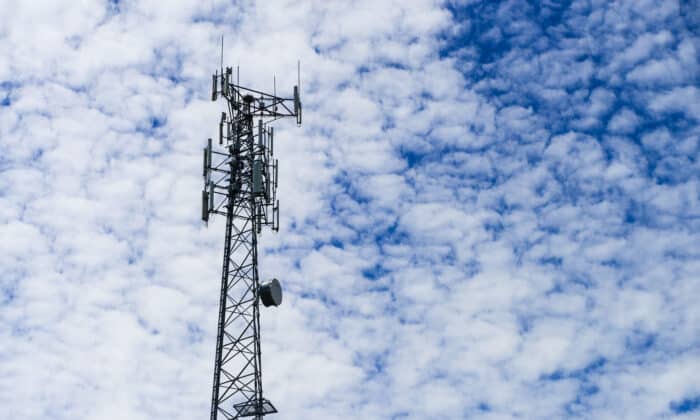 A cell tower is pictured in rural Ontario on Wednesday, July 15, 2020. THE CANADIAN PRESS/Sean Kilpatrick

Posted By: Noé Chartier via The Epoch Times December 30, 2021

Please Share This Story!
PDF 📄
The government protests that it collects anonymized data on the movement of citizens, but scores of security experts have proven that all cell phones are personally identified. Canada seeks to expand its tracking surveillance into other health areas beyond COVID-19. ⁃ TN Editor

Ontario’s former privacy commissioner is sounding the alarm about the government’s tracking of cellphone data to inform policy, after it was revealed recently that a federal agency has been analyzing the movements of Canadians since the onset of the pandemic.

“It concerns me enormously that this would enable the government to collect more and more information,” Ann Cavoukian told The Epoch Times.

“I do not want to [see] a trend where the government is consistently doing this and starting now. You can’t trust the government.”

Cavoukian, who served as Ontario’s privacy commissioner from 1997 to 2014, is founder of the advocacy group Global Privacy & Security by Design and heads the Privacy by Design Centre of Excellence at Ryerson University.

“In March 2020, [Prime Minister Justin] Trudeau said that tracking cellphone users was not being considered. Well, they did it, PHAC’s been doing it, and they want to do it even more,” Cavoukian said.

First reported by Blacklock’s Reporter on Dec. 21, the Public Health Agency of Canada (PHAC) has since confirmed that it has been using cellphone data to conduct analysis of Canadians’ anonymized movements in the context of the pandemic, and that it plans on expanding the program to other health issues and continuing it until 2026.

She believes PHAC wanted to “keep this under wraps … because they know people do not want to have their mobile devices tracked.”

Part of the data used by PHAC was obtained through Telus’s Data for Good program beginning in March and ending Oct. 8.

Cavoukian said she’s not worried about the Telus data because they “take privacy very seriously,” noting that the company has obtained certification for various products and services five times through the Privacy by Design program she runs at Ryerson University.

However, she said she’s concerned about other data sources used by PHAC that are unknown.

“In partnership with CRC, PHAC has been producing report summaries to look at how movement trends of the Canadian population have changed over the course of the pandemic, including identifying new patterns to help direct public health messaging, planning, and policy development,” PHAC said in a statement to The Epoch Times.

The health agency said it “did not receive or collect any individual mobility data” and that “no individual-level data has been acquired or stored by PHAC.”

PHAC is now looking for a contractor to provide it with a steady flow of de-identified cellphone data. It posted its request for proposal (RFP) online on Dec. 16.

Solution: Shield all Cell Phones so that they cannot track them

In 1996, as they were passing the Telecommunications Act, as a well seasoned RF Communications Engineer, I tried to tell people that if they valued their privacy they shouldn’t use cellular telephone devices. That was a time when you could remove the batteries to make sure the phone was actually off. I was laughed at. Today you can’t remove your batteries and off really isn’t off. Not only that but they can now monitor conversarions over the cellular network or even conversations in a room between people not using the phone, all without your knowledge. Those signal strength bars you… Read more »

Thank you for the information!

I received a tracking for COVID notice on my phone. Too get rid of it I had to restart the phone and it disappeared. Of course I did not comply. This is what is happening also from Solari. Please join us. We’re inviting all our subscribers to pay for their Solari Report subscriptions with Cash, Check, Money Order, Coins, Western Union, Wire Transfer, or EFT (Electronic Funds Transfer). Due to the increase in subscription sales in 2021 (for which we are grateful) our online payment provider and gateway has informed us that our growth constitutes “suspicious sales activity.” As a… Read more »