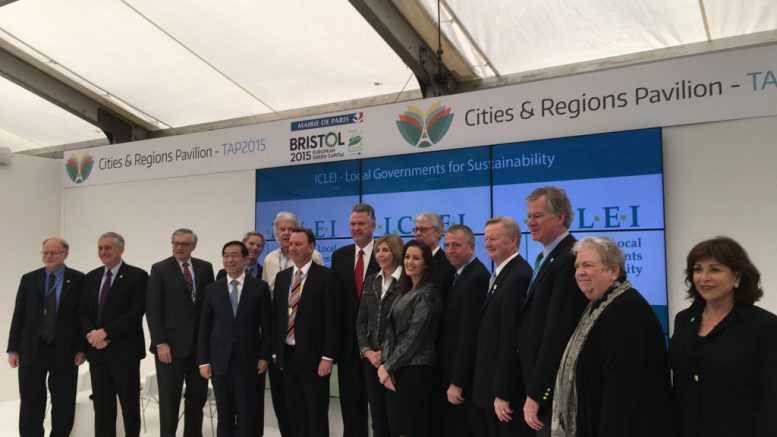 ICLEI is teaching U.S. mayors how to commit treason by leading them to obey agreements with foreign entities. President Trump withdrew from the Paris Climate Agreement but at least 267 cities have rebelled in support by stating that they would obey its dictates in spite of him. ‘ICLEI and its network’ is a presumptuous statement where ICLEI claims some kind of ownership of these cities.

The author of this story, Kale Roberts at ICLEI.org, has demanded that this story NOT be reposted on Technocracy.News. ICLEI cannot stand the heat of criticism, nor does it want you to know the truth about its Trojan horse agenda. Roberts knows full well that U.S. copyright law allows any public document to be quoted in part for journalistic review, but he has no respect for U.S. law or the Constitution.

ICLEI has done more than any other NGO to destroy the fabric of American society by corrupting cities with Agenda 21 and Sustainable Development.

I recommend that you print ICLEI’s original article and plaster it all over your city, town or community. Expose this international organization and its evil agenda to destroy America.

“The national government of the United States has walked away from international climate action by announcing its intention to withdraw from the Paris Agreement — ICLEI and its network has not.