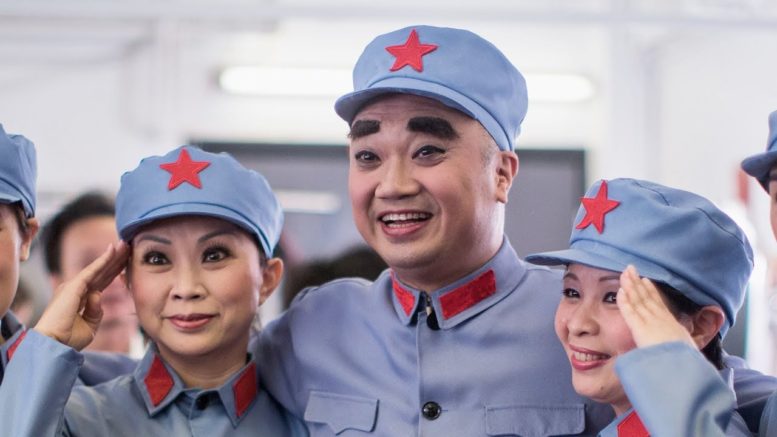 Why is China purging Marxists and Communists from its population?

A let-the-cat-out-of-a-bag story from Time Magazine in 2001 declared that China had already flipped into a Technocracy, leaving Communism in the dust. The article, Revenge of the Nerds stated:

The nerds are run­ning the show in today’s China. In the twenty years since Deng Xiaoping’s [Ed. Note: count back­ward to 1978 – 79] reforms kicked in, the com­po­si­tion of the Chi­nese lead­er­ship has shifted markedly in favor of tech­nocrats. …It’s no exag­ger­a­tion to describe the cur­rent regime as a tech­noc­racy.

After the Maoist mad­ness abated and Deng Xiaoping inau­gu­rated the opening and reforms that began in late 1978, sci­en­tific and tech­nical intel­lec­tuals were among the first to be reha­bil­i­tated. Real­izing that they were the key to the Four Mod­ern­iza­tions embraced by the reformers, con­certed efforts were made to bring the “experts” back into the fold.

During the 1980s, tech­noc­racy as a con­cept was much talked about, espe­cially in the con­text of so-called “Neo-Authoritarianism” — the prin­ciple at the heart of the “Asian Devel­op­mental Model” that South Korea, Sin­ga­pore, and Taiwan had pur­sued with apparent suc­cess. The basic beliefs and assump­tions of the tech­nocrats were laid out quite plainly: Social and eco­nomic prob­lems were akin to engi­neering prob­lems and could be under­stood, addressed, and even­tu­ally solved as such.

The open hos­tility to reli­gion that Bei­jing exhibits at times — most notably in its obses­sive drive to stamp out the “evil cult” of Falun Gong — has pre-Marxist roots. Sci­en­tism under­lies the post-Mao tech­noc­racy, and it is the ortho­doxy against which here­sies are mea­sured. [Emphasis added]

I have stated for several years now that China’s Communists and Marxists would end up being the “useful idiots” of Technocracy, just like they will in America. The radical Marxist left served a purpose – for a time – and now their time is running out.

The following broadcaster really gets that China is not Communist, but has no knowledge of Technocracy. TN Readers will clearly see Technocracy for what it is. ⁃ TN Editor

China is finally starting its purge of Marxists and Communists, as evidenced by the recent headlines in major publications:

All of these journalists scratch their head as to how strange this seems, but if they understood anything about Technocracy, they would know that Technocracy and Communism have always been natural enemies. They are oil and water or matter and anti-mater to each other. In the end, Technocrats have absolutely no use for anything Marxian.

If you are a Communist, Marxist, Socialist, Leftist, etc., I suggest that you watch your back. Although you have helped them to deconstruct Capitalism and Free Enterprise, the Technocrats will throw you all under the bus when they feel you are not needed any longer. China has already reached that point, and America isn’t far behind.

By Any Other Name, Globalism is Technocracy, Not Communism

CLARIFICATION OF DEFINITIONS — WHAT IS MARXISM ETC? The definition of communism is: Control of the means of production, distribution and exchange. Therefore Communism/Marxism have not changed and are more in control than ever before especially in China but also in the US. The new Presidenet of Brazil says he is going to stamp out socialism — good luck to him! Socialism is rampant in Latin America and that is why Latin America is so backward and poverty-stricken. Marxism is the greatest conspiracy against the workers that has ever existed. Almost every country in the world now has a Marxist… Read more »