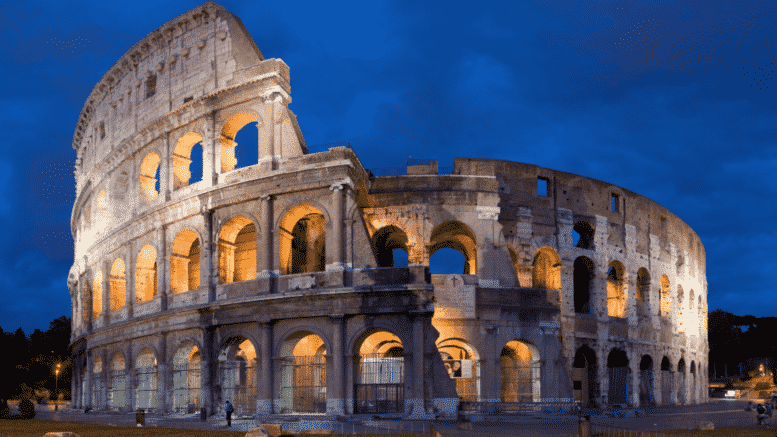 Please Share This Story!
PDF 📄
Italy is the first nation to require Climate Change studies in K1 through K12. This is massive indoctrination that has nothing to do with education but everything to do with propaganda.

The 1934 Technocracy Study Course specified “an educational system to train the entire younger generation indiscriminately as regards all considerations other than inherent ability—a Continental system of human conditioning.” We have arrived. ⁃ TN Editor

Italy is to become the first country in the world in which the study of climate change will be made compulsory in schools, the education minister announced on Tuesday.

Under a new law, all state schools will dedicate around an hour a week to sustainability and climate change issues from the beginning of the next academic year, said Lorenzo Fioramonti. That would amount to around 33 hours a year.

“This is a new model of civic education centred on sustainable development and climate change,” the minister told The Telegraph.

“It’s a new subject that will be taught from grade one to grade 13, from the ages of six through to 19.”

The syllabus will be based on the UN’s 17 sustainable development goals, including how to live more sustainably, how to combat the pollution of the oceans and how to address poverty and social injustice.

“Italy will be the first country in the world to adopt this framework,” Mr Fioramonti said.

“There are countries like Bhutan which focus on happiness and well-being rather than GDP, but this is the first time that a country has taken the UN agenda and turned it into a teaching model,” said the minister, who is a member of the Five Star Movement, which is in coalition with the centre-Left Democratic Party.

He was appointed education minister two months ago when the new coalition was formed after the collapse of the previous government, precipitated by Matteo Salvini of The League withdrawing his support.

In September, when millions of schoolchildren around the world took part in Fridays for Future marches, he courted criticism by saying Italian children should be allowed to miss school for the day.

Educational conditioning becomes RE-education conditioning. Woohoo! Coming to a public education setting near you soon! I thought school was horrid when I was forced to go through the US’s social conditioning in the public education system. AND, I was a kid when I was thinking this. I used to count the days every year until I’d be released from that hell and as I neared the finish line I found ways to speed up my exit, to graduate early. Public education today is a huge waste of money and an enormous misuse of a child’s potential during their formative timeline.… Read more »

Parents have a fight up the hill to learn their children simple math, reading, and writing, constantly sabotaged by the “System”.
The latest in the Orwellan circus of Western mistreatment of children is education in “Computer Thinking”.
Young generations grow up without ability to see reality and real life with real senses.