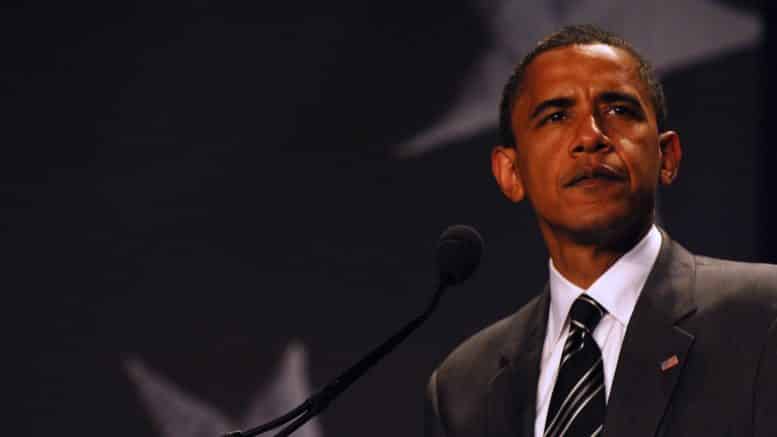 [Ed. note: For clarity, members of the Trilateral Commission appear in bold type.]

The pre-election attention is reminiscent of Brzezinski’s tutoring of Jimmy Carter prior to Carter’s landslide election in 1976.

For anyone who doubts the Commission’s continuing influence on Obama, consider that he has already appointed no less than nine members of the Commission to top-level and key positions in his Administration.

According to official Trilateral Commission membership lists, there are only 87 members from the United States (the other 337 members are from other regions). Thus, in less than two weeks since his inauguration, Obama’s appointments encompass more than 10% of Commission’s entire U.S. membership.

Is this a mere coincidence or is it a continuation of dominance over the Executive Branch since 1976? (For important background, read The Trilateral Commission: Usurping Sovereignty.)

There are many other incidental links to the Trilateral 12- 12-Commission, for instance,

Geithner’s informal group of advisors include E. Gerald Corrigan, Paul Volker, Alan Greenspan and Peter G. Peterson, among others. His first job after college was withHenry Kissinger at Kissinger Associates.

Brent Scowcroft has been an unofficial advisor to Obama and was mentor to Defense Secretary Robert Gates.

Robert Zoelick is currently president of the World Bank

There are many other such links, but these are enough for you to get the idea of what’s going on here.

Notice that five of the Trilateral appointees involve the State Department, where foreign policy is created and implemented. Hillary Clinton is certainly in line with these policies because her husband, Bill Clinton, is also a member.

What is more important than economic recovery? Paul Volker is the answer.

What is more important than the Treasury and the saving of our financial system? Timothy Geithner says he has the answers.

This leaves Susan Rice, Ambassador to the United Nations. The U.N. is the chosen instrument for ultimate global governance. Rice will help to subvert the U.S. into the U.N. umbrella of vassal states.

Since 1973, the Commission has met regularly in plenary sessions to discuss policy position papers developed by its members. Policies are debated in order to achieve consensuses. Respective members return to their own countries to implement policies consistent with those consensuses.

U.S. Trilateral members implement policies determined by a majority of non-Americans that most often work against the best interests of the country.

Since the administration of Jimmy Carter, Trilaterals held these massively influential positions:

1. Six out of eight World Bank presidents, including the current appointee, Robert Zoelick
2. Eight out of ten U.S. Trade Representatives
3. President and/or Vice-President of every elected administration
4. Seven out of twelve Secretaries of State
5. Nine out of twelve Secretaries of Defense
6. Is this sinking in? Are you grasping the enormity of it?

Endgame is at hand

For the Trilateral crowd, the game is about over. The recent reemergence of original members Henry Kissinger,Zbigniew Brzezinski, Brent Scowcroft and Paul Volkerserves to reinforce the conclusion that the New International Economic Order is near.

The Trilateral Commission and its members have engineered the global economic, trade and financial system that is currently in a state of total chaos.

Does that mean that they have lost? Hardly.

As I recently wrote in Chorus call for New World Order, they are using the crisis to destroy what remains of national sovereignty, so that a New World Order can finally and permanently be put into place.

The Obama presidency is a disingenuous fraud. He was elected by promising to bring change, yet from the start change was never envisioned. He was carefully groomed and financed by the Trilateral Commission and their friends.

In short, Obama is merely the continuation of disastrous, non-American policies that have brought economic ruin upon us and the rest of the world. The Obama experience rivals that of Jimmy Carter, whose campaign slogan was “I will never lie to you.”

When the Democrat base finally realizes that it has been conned again (Bill Clinton and Al Gore were members), perhaps it will unleash a real political revolution that will oust Trilateral politicians, operatives and policies from the shores of our country.

If the reader is a Democrat, be aware that many Republicans and conservatives are still licking their wounds after finally realizing that George Bush and Dick Cheney worked the same con on them for a disastrous eight years of the same policies!

Technocracy: A Clear And Present Danger Of Epic Magnitude

Rebuilding Babel: Toward The Endgame of Technocracy