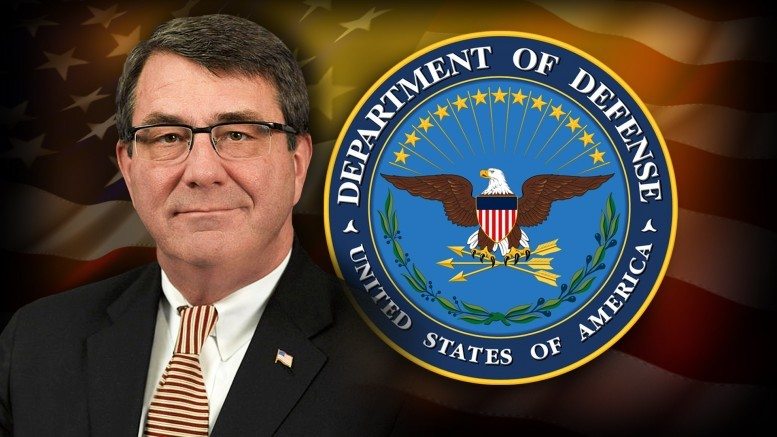 Nobody questions the importance and power vested in the Secretary of Defense, which controls the most potent and advanced military forces in the world. The largely unexplained resignation of Chuck Hagel from this position on November 24, 2014, left many observers scratching their head. Insiders first claimed that Hagel was fired over disagreements with Obama, but then Hagel forcefully refuted those charges by December 4. “This was a mutual decision based on the discussions that we had,” he said, “I don’t think there’s ever one overriding or defining decision in situations like this, unless there’s some obvious issue, and there wasn’t, between either one of us.”

What forced Hagel to resign? Was it the failure to contain ISIS in Syria and Iraq? Was it his inability to restructure America’s declining military forces while continuing to honor existing commitments? Perhaps it was perceived that Hagel’s overall leadership was headed in the wrong direction.

I suggest that the answer to Hagel’s departure is instead found in his chosen replacement rather than in his own conduct. Obama’s announced candidate is Ashton Baldwin Carter, a member of the Trilateral Commission and Technocrat extraordinaire. If confirmed by the Senate, Carter will join his fellow Trilateral Commission member and longtime friend, Susan Rice, who currently serves as Obama’s National Security Adviser.

Is this just a coincidence that yet another member of the Trilateral Commission finds his way into a top-level position in Obama’s Administration? Hardly.

I just performed a new detailed analysis on the current Trilateral Commission membership list, which consists of roughly 375 individuals from North America, Europe and Asia. Although the Commission’s website states that the U.S. member “quota” is 97, I counted 107 members. In examining the 107 U.S. members, at least 14 are in their late 80’s and simply too old to hold public office. Another 16 are high-powered corporate executives who have not been open to any public office. Furthermore, there are 11 members directly affiliated with media companies, who do not hold public office. I also found another 15 members involved in academia or foundations who have never held public office.

This leaves 51 North American members who might be chosen for public service. However, these are roughly split between Democrat and Republican, leaving a pool of possible appointees of around 25 for either party.

Add Ashton Carter‘s name as Secretary of Defense to the above 22 persons, and you have just reviewed almost 92 percent of the available (Democrat) U.S. membership that Obama might have appointed.

Another key Trilateral Commission operative is John Podesta, who currently serves as policy adviser to the President on climate change policy, and is actively creating Executive Orders for the President to sign. Podesta founded the Center for American Progress in 2003, an ultra left-wing Washington think-tank that was originally funded by George Soros. Until recently, Podesta was listed as a member of the Trilateral Commission, but the most recent list omits his name.

In 1979, I interviewed a then-prominent member of the Trilateral Commission who suggested that the reason for President Jimmy Carter‘s (also a Trilateral) appointment of their members to top Administration posts was merely because they were the best qualified for the selected positions. However, that was just as statistically ludicrous then as it is now.

The Trilateral Commission and its members are executing a coup right under our noses and nobody says a word.

Furthermore, I have carefully documented in my upcoming book, Technocracy Rising: The Trojan Horse of Global Transformation, that the Commission’s so-called “New International Economic Order” is being specifically expressed as a Technocracy – that is, a replacement economic system to Capitalism run by scientists and engineers.

Ashton Carter is a perfect fit for Technocracy. As a Rhodes Scholar, he earned a doctorate in theoretical physics from Oxford University and then became a postdoctoral fellow at Rockefeller University and MIT.

According to the New York Times,

“In Ash you have a poster child for the guy who discovers that science and technology are the major drivers for some of the most important events in international affairs, and sometimes are the sources of the solutions,” said Graham Allison [Note: Allison was also a Trilateral Commission member], who recruited Mr. Carter in the early 1980s to come to the Belfer Center for Science and International Affairs at Harvard’s Kennedy School. “Here was a guy with a physics background who was fascinated by ballistic missile defense.”

Unfortunately, a very smooth confirmation process is expected when Carter appears before the Senate.

Recognizing the coordinated attacks on the First Amendment

Flashback: Rebuilding Babel – Toward The Endgame of Technocracy