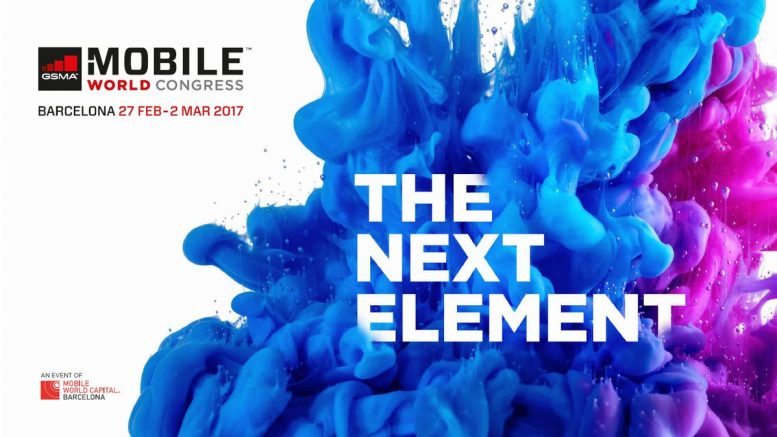 The latest technological revolution will make existing technology look like the stone age, yet few people outside of academia and industry are even aware of it.  Many, if not most, of the people who are driving these technologies are Technocrats who intend to connect the world into a single global entity. Think, ‘hive mind’, ‘global city’ and 2030 Agenda.

Three particular technologies were prominently featured at the prestigious 2017 Mobile World Congress in Barcelona, Spain from February 27 through March 2.

Mats is a strong proponent of sustainability and led the mobile industry in becoming the first sector to broadly commit to the United Nations Sustainable Development Goals (SDGs) in 2016. He is now spearheading initiatives to amplify and accelerate the mobile industry’s impact on all 17 of the SDGs, across both developed and developing markets.

5G is widely expected to power the Internet of Everything (IoE), which includes all citizens of the world as well as all devices in the Internet of Things (IoT). This new standard will be common by 2020 and ubiquitous by 2025. It improves current 4G performance by orders of magnitude.

5G is expected to provide mobile users within every metropolitan area with at least 100 megabits per second connectivity. When  you consider devices associated with people – mobile phones, fitness wearables, etc. – and with inanimate objects such as smart meters, cameras, thermostats, light bulbs and a myriad of sensors through homes and neighborhoods, then the entire conglomeration will be viewable and manageable in real-time.

Incidentally, there are many critics warning about the radiation dangers associated with 5G, but industry proponents are basically ignoring, if not suppressing, these dangers while moving ahead at breakneck speed.

Speakers at Mobile World reiterated their goal of creating a ‘global mind’ that would be enabled by 5G in conjunction with Artificial Intelligence (AI), which is the second major disruptive technology to consider.

Most people have already made contact with AI in one form or another: Apple’s Siri, Amazon’s Alexa, Microsoft’s Cortana, Google’s Assistant and Soundhound’s Hound, among others. Many website support centers are really AI ‘Chatbots’, but you would never know it. Driverless cars are predicated on AI. Future medical diagnoses will be delivered by an AI system like IBM’s Watson.

5G will provide a rocket booster to AI, where decisions and outcomes will be made and delivered in real-time, as if the system as a whole is a living, breathing person. A super-intelligence.  A ‘Global Brain’.

The third disruptive technology is a new super-material called Graphene. Although scientists had an awareness of it for decades, Graphene was only rediscovered in 2004. Since then, global academia and industry have dumped hundreds of millions of dollars into R&D because it will revolutionize several entire industries at once, from IoT to wearables to energy to computers and data communications.

Graphene is a two-dimensional (e.g., one atom thick) atomic-scale hexagonal lattice made of Carbon atoms. It is 200 times stronger than steel and yet is flexible like skin. It conducts heat and is as conductive as silicon used in semiconductors.

The University of Manchester, where Graphene was re-discovered in 2004, states that “combining all of graphene’s amazing properties could create an impact of the scale last seen with the Industrial Revolution.” It goes on to say,

Transport, medicine, electronics, energy, defence, desalination; the range of industries where graphene research is making an impact is substantial. This is only the start. These are only the first steps. The potential of graphene is limited only by our imagination.

Thus, it was not surprising that the Graphene Flagship was front and center at Mobile World 2017. 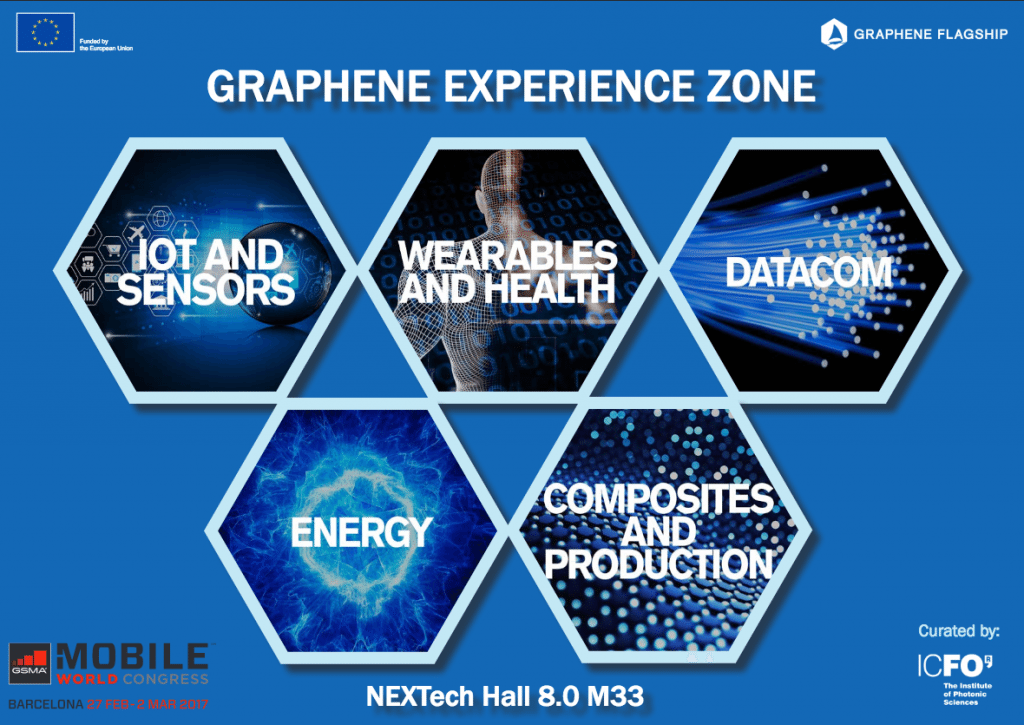 Some of the further applications it defines include film sensors, night vision imaging, flexible displays and sensors, flexible wellness sensors, electronic skin, flexible WIFI receivers, camera lenses, supercapacitors and batteries, computer chips, sensors in wearable technology, and the list goes on and on. Did I mention sensors? Think, Internet of Everything!

If you need more proof, consider this. According to the brochure, the bottom line was seen in the Graphene Connect Workshop titled, “From Datacom To IoT – Enabled By Graphene“.

Taken as a package, these three technologies – 5G, AI and Graphene – are fully expected to bring about the new one-world scientific order. A global brain. A hive mind. Symbiotic command and control.

Like Mats Granryd stated above, the mobile industry supports not only the broad idea of the United Nation’s 2030 Agenda, but every single one of its so-called Sustainable Development Goals (SGDs).

It’s all about connectivity and control. It’s Scientific Dictatorship. In one word, it’s Technocracy.

p.s. If there were ever a reason to read my book, Technocracy Rising: The Trojan Horse of Global Transformation, this is it and the time is now. It is also available on Amazon in paperback and Kindle version.

Technocracy Rising connects all the dots that you need in order to understand the modern onslaught of societal control and transformation by technology.

The Manic Drive To Return Land To Nature While Destroying Agriculture

It turns out that graphene oxide is in masks, swabs and covid vax– and that enables humans to become Internet of Things…. IoT… or IoH, Internet of Humans.