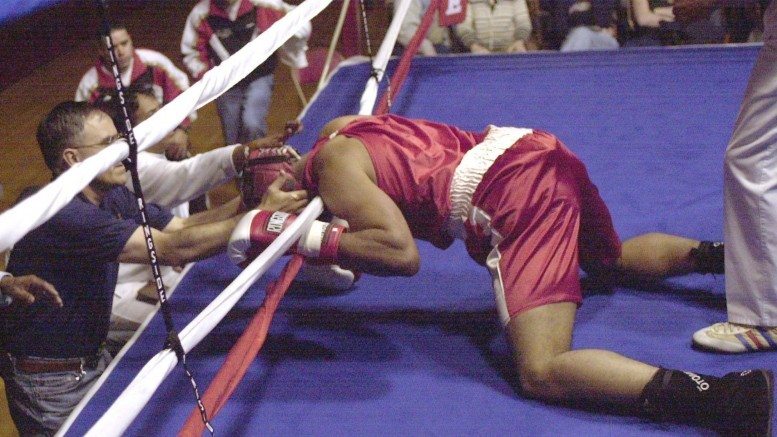 Now that Donald Trump has secured the Republican nomination, Trumpists of all walks of life are emboldened to start speaking out to promote Trumpism. From Tea Party members to coal miners to radio talk show hosts, the fix is in and America is as good as ‘saved’… or so they think.

With what has been revealed about Trumpism thus far – much of which Americans really do want to hear – it will not save America nor make it great again.

Why? Because it fails to recognize the true enemy of our nation. The famous military strategist Sun Tsu, gave us ancient and timeless wisdom when he wrote, “Know your enemy and know yourself and you can fight a hundred battles without disaster.”

Who is our thus-far unrecognized enemy? Is it a person, an organization or an ideology?

The rise of Technocracy in the world today is all three. Elitist perpetrators like John Podesta (Hillary’s campaign manager and member of the Trilateral Commission), Peter Sutherland and George Soros are easily identifiable. The elite Trilateral Commission is certainly culpable with its forty year push to create a “New International Economic Order.” The ideology of Technocracy (as seen in the UN’s Agenda 21, Sustainable Development, Green Economy, etc.) can be clearly seen throughout the world.

While this is all important, it still doesn’t reveal exactly what we are up against.

The former head of climate change at the UN, and likely the next Secretary-General, clearly stated the real issue in a 2015 press conference in Europe:

“This is the first time in the history of mankind that we are setting ourselves the task of intentionally, within a defined period of time to change the economic development model that has been reigning for at least 150 years, since the industrial revolution.” [emphasis added]

The United Nations has 192 nations of the world committed to this. It is no idle threat, but a statement of fact. The world intends to annihilate Capitalism and Free Enterprise and replace it with Sustainable Development.

Think about this: Can America even exist without Capitalism and Free Enterprise? Obviously not.

But wait, you say, America and Trumpism would never allow our great economic system to be destroyed and replaced.

Think again. The globalist agenda has already been implemented all over America, and right under our collective nose. Here are just a few examples.

If Technocracy is the unseen enemy, what is it? As defined by The Technocrat magazine in 1938,

“Technocracy is the science of social engineering, the scientific operation of the entire social mechanism to produce and distribute goods and services to the entire population…”

It is a resource-based economic system where every facet of life will be planned, regulated and enforced. It calls for the outright elimination of property rights, except for personal items. It demands that an energy currency become the regulator of economic activity as dictated by the controller-Technocrats.

So far, Trumpism has said nothing to expose this enemy and thus, it is not a threat to it. That isn’t to say that globalists aren’t sweating a bit about the rise of populism and nationalism, but they have great confidence they are going to win in the end.

In this writer’s view, making America great again is actually quite straight-forward: Reject Technocracy and throw out Technocrats from all positions of power or influence. In other words, clean house from the bottom up and don’t stop until you reach the presidency and Congress. Do this and rational Americans will do the rest.

If Trump and Trumpists ever get a vision to go after Technocracy and Technocrats, America would snap back like a rubber band stretched to its breaking point. But in that battle, they will discover just what kind of enemy we are really up against, and it won’t be pretty.

The intentional “Chipping” of innocent victims around this country, has not been properly exposed to the public yet, but they are waking up to the reality the Organized Crime is what our government has become, by design, in the Technocracy! I believe the good people that are not corrupted by “free money” programs are, in fact, ready to deal with the awful truth. There is much more yet to be exposed, so let us get to the details, rather than generalize, shall we? V2K is very real!

Brad – If you have not read it yet, please get a copy of Technocracy Rising: The Trojan Horse of Global Transformation. It will connect all the dots and it gives concrete suggestions on remedy.

In addition to recommending Technocracy Rising (which I have purchased for all of my management staff), I also suggest PW’s writings of late on Smart Grid. The only additional item I might add to the excellent article today would be Education (although it is arguably in bullet point #2, if not also #1). Thx. God bless. Bill.

Excellent article and picture Patrick. One fact that doesn’the make sense to me is the push for sustainable development especially when coupled with tearing down the current financial model that has worked for 150 years. It sounds like there is a basis in Marxism, planned economies and five (now 15 or longer) year plans… http://www.iisd.org says “Sustainable development has been defined in many ways, but the most frequently quoted definition is from Our Common Future, also known as the Brundtland Report: “Sustainable development is development that meets the needs of the present without compromising the ability of future generations to… Read more »

Sustainable Development is an economic system modeled after Technocracy from the 1930s. Please read Technocracy Rising so see the full documentation on this. It seeks to control all production and all consumption. Energy must be controlled and micromanaged, so you will never, ever see free energy from any source.