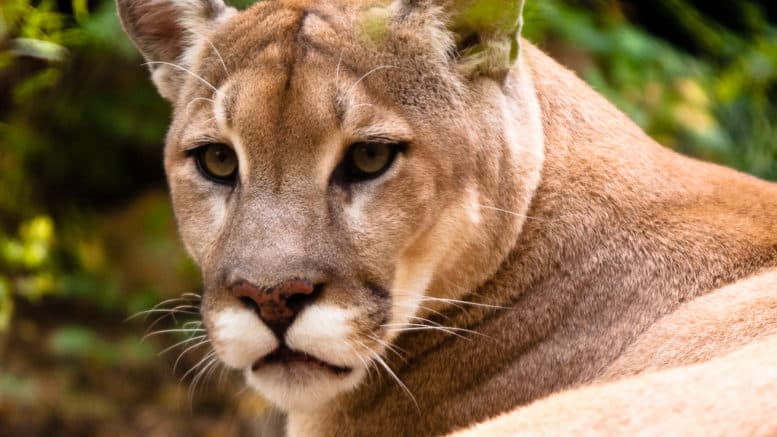 Please Share This Story!
PDF 📄
Whoever thought that Sustainable Development/environmentalism is not anti-human, just isn’t paying attention. Now the human voice is disturbing nature and people should be respectful. ⁃ TN Editor

In case you haven’t been paying attention, leftists will not be satisfied until they have undermined all human flourishing. Actually, whether they’re willing to admit it or not, human extinction is the highest ideal for leftists. Don’t believe me? Then check out this article in The Atlantic that declares the human voice is bad for the environment. One more piece of evidence to slide next to things like abortion, euthanasia, and environmental regulations and economic policies that make it harder for humans to prosper.

During the summer of 2017, researchers from the University of California at Santa Cruz played recordings of human voices in wilderness areas where humans rarely venture. Populated with predators like mountain lions and bobcats, as well as a variety of other animals, the researchers didn’t force the wilderness residents to listen to loud, obnoxious voices. Rather, quiet voices reading poetry were played through the speakers. “Some of the animals became jittery. Others stopped eating. A few fled in fear,” The Atlantic explains.

Through their experiments, researchers discovered:

That, the quality of the poetry aside, even the gentlest of human speech can make wild animals—even top predators—unnerved and watchful, in ways that shake entire food webs. It’s the clearest demonstration yet that we are among the scariest of animals—a super-predator that terrifies even the carnivores that themselves incite terror.

All fine and good, I could’ve told them that, saving them the trouble and expense of the research. Of course, the research is more than just a fact-finding expedition for those interested in learning about the quirks of animals. It’s ideologically driven. Buried deep in the article, The Atlantic reveals that:

Suraci’s studies show that through our mere presence, we can affect wildlife by changing the contours of their landscapes of fear. “We’re a very loud and big species,” says Suraci. “Much of what we do is potentially terrifying to wildlife, like industrial activity and vehicle traffic. We tried to get past all of that and isolate the perceived presence of humans, separate from all the other disturbing things we do. And the implication is that we don’t need to cut down the forest to have an impact on wildlife.”

Our very presence is bad for the environment. Our voices are harmful to frightened animals. The article goes on to quote UC Berkeley’s Kaitlyn Gaynor who warns, “Human-induced behavioral changes may be ultimately harmful to species and ecosystems if they make it harder for animals to survive and reproduce.”

Genesis 9:1-3 says, “And God blessed Noah and his sons and said to them, “Be fruitful and multiply and fill the earth. The fear of you and the dread of you shall be upon every beast of the earth and upon every bird of the heavens, upon everything that creeps on the ground and all the fish of the sea. Into your hand they are delivered. Every moving thing that lives shall be food for you. And as I gave you the green plants, I give you everything.”

WTF? Who funds these ridiculous studies? Those who have too much money? Human voices disturb wildlife. Is that an unknown fact? OMG, of course animals are disturbed by human voices–loud, soft, poetry or Stalin’s bio. Makes no difference. Agree it presents as just another point of control toward the population’s MSM reality.