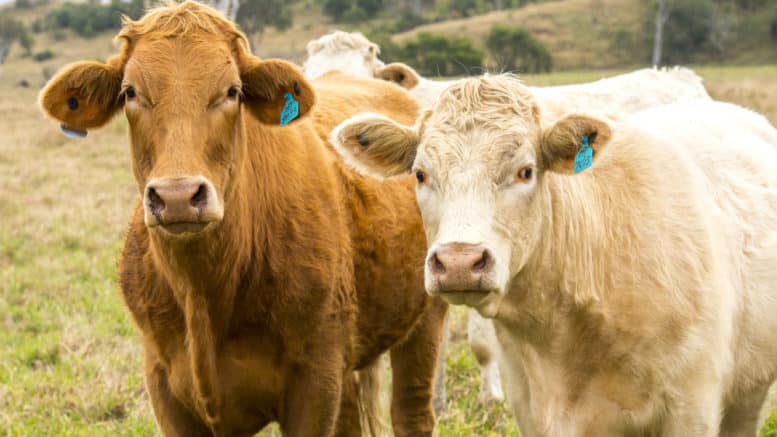 Is the UN promoting eastern religions to the world? Absolutely. Veganism/vegetarianism are tightly correlated with Gaianism (Gaia or ‘Mother Earth’ worship), Hinduism, Jainism and Buddhism and Paganism.

The World Atlas reports that “Vegans in the US vary from 0.5 to 5% with 70% of those who adopted the practice abandoning it” ⁃ TN Editor

Efforts to curb greenhouse gas-emissions and the impacts of global warming will fall significantly short without drastic changes in global land use, agriculture and human diets, leading researchers warn in a high-level report commissioned by the United Nations.

The special report on climate and land by the Intergovernmental Panel on Climate Change (IPCC) describes plant-based diets as a major opportunity for mitigating and adapting to climate change ― and includes a policy recommendation to reduce meat consumption.

On 8 August, the IPCC released a summary of the report, which is designed to inform upcoming climate negotiations amidst the worsening global climate crisis. More than 100 experts compiled the report in recent months, around half of whom hail from developing countries.

“We don’t want to tell people what to eat,” says Hans-Otto Pörtner, an ecologist who co-chairs the IPCC’s working group on impacts, adaptation and vulnerability. “But it would indeed be beneficial, for both climate and human health, if people in many rich countries consumed less meat, and if politics would create appropriate incentives to that effect.”

Researchers also note the relevance of the report to tropical rainforests, where concerns are mounting about accelerating rates of deforestation. The Amazon rainforests is a huge carbon sink that acts to cool global temperature, but rates of deforestation are rising, in part due to the policies and actions of the government of Brazilian President Jair Bolsonaro.

Unstopped, deforestation could turn much of the remaining Amazon forests into a degraded type of desert, possibly releasing over 50 billion tonnes of carbon into the atmosphere in 30 to 50 years, says Carlos Nobre, a climate scientist at the University of São Paolo in Brazil. “That’s very worrying,” he says.

“Unfortunately, some countries don’t seem to understand the dire need of stopping deforestation in the tropics,” says Pörtner. “We cannot force any government to interfere. But we hope that our report will sufficiently influence public opinion to that effect.”

While fossil fuel burning for energy generation and transport garners the most attention, activities relating to land management, including agriculture and forestry, produce almost a quarter of heat-trapping gases. The race to limit global warming to 1.5 degrees above pre-industrial levels ― the goal of the international Paris climate agreementreached in 2015 ― might be a lost battle unless land is used in a more sustainable and climate-friendly way, the latest IPCC report says.

The report highlights the need to preserve and restore forests, which soak up carbon from the air, and peat lands, which release carbon if dug up. Cattle raised on pastures of cleared woodland are particularly emission-intensive, it says. This practice often comes with large-scale deforestation such as in Brazil or Colombia. Cows also produce large amount of methane, a potent greenhouse-gas, as they digest their food.

By 2050, dietary changes could free millions of square kilometres of land, and reduce global CO2 emissions by up to eight billion tonnes per year, relative to business as usual, the scientists estimate.

“It’s really exciting that the IPCC is getting such a strong message across,” says Ruth Richardson, the Toronto, Canada-based executive director at the Global Alliance for the Future of Food, a strategic coalitions of philanthropic foundations. “We need a radical transformation, not incremental shifts, towards a global land use and food system that serves our climate needs.”

You discredit your service by associating vegetarianism with ‘other religions’. The primary psyop is the leveraging of environmental guilt (itself a reframing of sin as a corporate outsource of toxic consequence). Weaving more strands into a lie (CO2 demonisation as a basis for shifting to an Internment of Things under energy and thought monitoring and control), is the layering of supports or referrals and reinforcements to the lie – which all cascade from global experts (sic) as guidelines that corporates and Govs are ‘incentivised’ to implement – first as setting intent or targets and then as legal compliance. The selection… Read more »

“all religions have diet restrictions”. This is false. Catholicism has no diet restrictions. One is encouraged to fast, but there are no restrictions on what one may eat. Just take out the Bible and read both what St. Paul and the Acts of the Apostle have to say about the matter.

Please note that vegetarianism and veganism aren’t the same thing. Many people, myself included, become vegetarians for health reasons, will eat dairy products and eggs, and some even eat fish, although not any other kind of meat. Veganism is much closer to being a religion and some of the beliefs are really outlandish, such as refusing to eat honey because it kills honey bees. Next thing you know, they’ll want to exterminate unicorns because their emissions cause delusions.