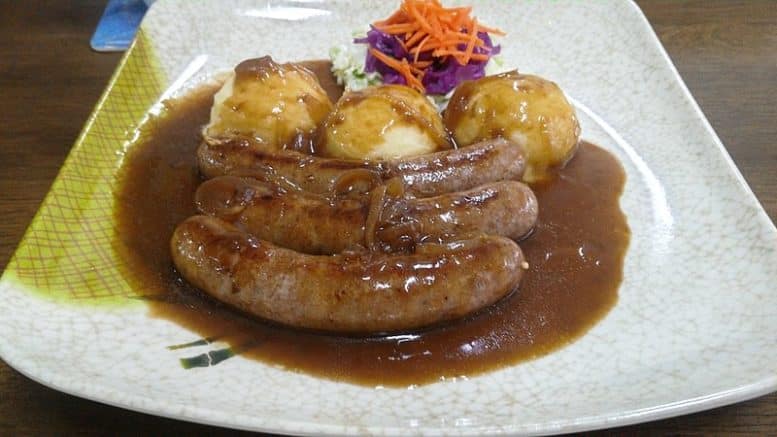 Please Share This Story!
PDF 📄
The non-existent evidence behind the claim that livestock produce more emissions globally than do automobiles is driving attacks on the meat industry with taxes being levied to discourage consumption. ⁃ TN Editor

German legislators have proposed raising the sales tax on meat from seven percent to 19 percent to fight climate change and improve animal welfare.

Research has shown that greenhouse gas emissions from livestock account for a higher percentage of total global emissions than the world’s 1.2 billion automobiles, a fact underscored by some German Greens who are pushing for higher meat taxes,

A United Nations report from 2012 found that the earth’s cattle population generates more carbon dioxide than automobiles, planes, and all other forms of transport combined. Moreover, the cow pies they deposit and the wind they break produce a third of the world’s methane emissions, considered 20 times more detrimental to the environment.

According to Germany’s Federal Statistics Office, slaughterhouses in Germany killed 29.4 million pigs, cows, sheep, goats and horses during the first six months of 2019. During this period, Germany produced 3.9 million tons of meat, led by pork, the primary ingredient in German sausages.

“I favor abolishing the VAT reduction for meat and using it (the increased revenues) instead for more animal welfare,” said Greens agriculture spokesman, Friedrich Ostendorff.

The idea of raising meat taxes would be to reduce livestock numbers — as well as their gaseous output — by discouraging people from eating meat.

Last June, Germany’s Green party vowed to ban industrial farming to reduce global warming if it ever were to come to power.

The measure was proposed by Katrin Goering-Eckardt, the party’s leader in the Germany parliament, as part of a massive €100 billion project to finance climate initiatives.

Even prior to this, in 2013, the Green party had sought to launch a weekly, meatless “veggie day,” a project that reportedly failed to garner much support from ordinary citizens.

Recalling this fiasco, Christian Lindner, the leader of the pro-business Free Democrats, warned last June that the Greens “dream of a meat-less country.”

“Whoever wants to be vegan is free to do so, but the rest of us shouldn’t be banned from eating our schnitzel,” Mr Lindner said.

Germany is not alone in proposing meat tax hikes to combat global warming.

In March of 2018, a New York Times op-ed put forward the idea of a special tax on the beef industry to compensate for the alleged damage Big Beef has caused to the environment by provoking climate change.

In his article titled “The Case for a Carbon Tax on Beef,” Richard Conniff contended that it is time to break off “our collective love affair with beef” because the cattle industry “has a larger impact on the environment than that of any other meat or dairy product.”

My theory on the War on Cows – in negotiating the New World Order, India insisted we all stop eating the sacred cow. We can’t be global citizens and have some eating sacred animals can we?

The despicable German Green Party used to be in favor of pedophilia. I don’t know if they still are. I assume they are promoting veganism, which is dangerous to people’s health and of course will kill many people, but that is what these crazies want. Don’t they want to reduce the world population to 1 billion, by whatever means such as war, spreading disease etc.