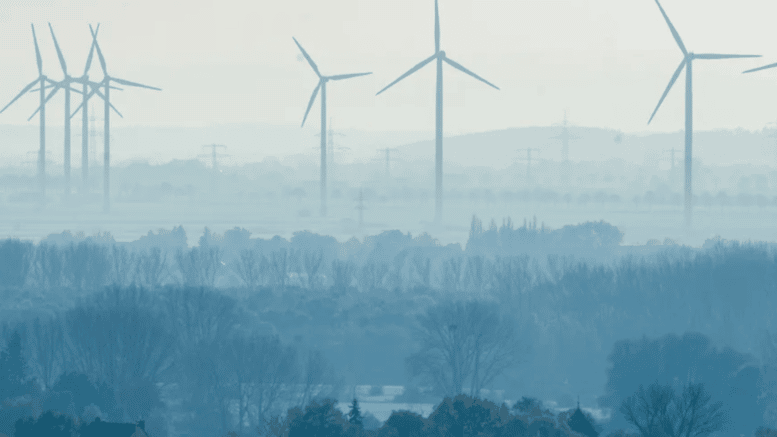 Please Share This Story!
PDF 📄
Climate alarmist loony-toons who have argued nations out of their traditional sources of energy may soon experience their own Waterloo as Germany finally realizes, “Gee, without energy our economy cannot run”. Europe at large is about to face this reality as well.

This is exactly the outcome desired by radicals like Climate Extinction which states that governments “must cooperate internationally so that the global economy runs on no more than half a planet’s worth of resources per year.” This is sheer stupidity. Without energy, economic activity comes to a screeching halt. Oh, this is the objective, isn’t it?

Absolute control over energy was an original tenet of Technocracy in thee 1930s. ⁃ TN Editor

German companies are increasingly unable to access energy supplies on the market, and as energy dries up, the German economy will simply stop running, according to the Association of German Chambers of Industry and Commerce (DIHK).

“More and more companies are telling us that they no longer have a supply contract for electricity or gas at all. The tap is turned off in the truest sense of the word,” DIHK President Peter Adrian told the RND newsroom. “But without energy, no economy can run.”

In addition, energy prices have reached a level that threatens the existence of many companies. Just this week, German toilet paper company Hakle filed for bankruptcy, with the owners citing unsustainable energy and material costs as the primary factor. Meanwhile, the Wall Street Journal reports that Europe’s steel industry, which requires massive amounts of cheap natural gas to run, is slashing production and facing severe financial headwinds. Other sectors, such as chemical production, agriculture, and automating are all facing unprecedented hurdles as the energy crisis continues to grip Europe.

Cries for help from the once booming German economy are now coming from business leaders, associations, and consumers, with the Federation of German Industries (BDI) also warning of a wave of bankruptcies due to energy cost inflation. A new analysis by the BDI states that this is a major challenge for 58 percent of companies, and 34 percent believe the current crisis represents a matter of survival. Germany is no exception either, with warning from the United Kingdom showing that six in ten manufacturing companies face the risk of closure due to the energy crisis.

Some German companies, attempting to survive in an increasingly challenging environment, are claiming they are looking to move production overseas.

Almost every tenth company has already reduced or even interrupted production, while every fourth company is considering or is already relocating company shares or parts of production and jobs abroad where costs are often cheaper than Germany.

The situation is also coming to a head in the skilled trades.

“In the trades, a wave of insolvencies is rolling towards us because of the energy crisis,” said president of the Central Association of German Crafts, Hans Peter Wollseifer, to the Rheinische Post. “Every day, we receive emergency calls from companies that are about to stop production because they can no longer pay the enormously increased energy bills.”

Even though the coronavirus pandemic represented a severe threat to many German businesses, the downturn due to the energy crisis is expected to be much worse. Governments and central bankers are also constrained with their policy choices. Unlike the coronavirus crisis, they can no longer throw hundreds of billions in stimulus at the problem, as it would likely greatly exacerbate already high inflation.

“Germany Finally Realizes ‘Without Energy, No Economy Can Run’
Can not be. That requires brains… @_@

Agree with Patrick’s assessments. As instability and chaos of every nature continues to escalate. The expected response is for people to demand and cry out for a “savior.” Only the so-called solutions implemented by any so-called savior(s) will lead to more misery, suffering, loss of human rights and enslavement.

You might need to start understanding that the only instability is for the little people. Take a look at the soon-to-com-into-effect SAFE-T Act in Illinois. Sure, you can try very hard to THINK that it’s for the poor people who are somehow wrongly detained, but in its essence it is meant to destroy. And the interesting thing, this isn’t the beginning of these “reforms”, but it most certainly isn’t the end; this is the desensitization phase; after this come things that we only thought could happen in movies. So, if you think that there is some effort on the part… Read more »

I wonder now long before America see the ‘light’ that is the Electric light.

Not long. What year and state was it that found their alternative energy couldn’t support everyone in the winter?
California has been having rolling blackouts for years now.
Biden wants to get rid of gas powered cars for electric cars but the states haven’t upgraded their electrical grids for years now and there are no plans to do so.
Noticed all the bicycle lanes going in everywhere?

Germany Realizes ‘Without Energy, No Economy Can Run’

I think the European energy situation is quite more complicated than we can even imagine.
Please, read the following long tweet of mr. Stahel (Swiss)

And I know….he is not exaggerating, since I heard similar stories from my father (an Dutch electr. techn. engineer in the energy industry in the 60-90’s).

Isn’t it time to become really serious about free zero point energy??
Maybe therefor it’s first necessary for the existing industry to collapse with all the grim consequences for the general populations.

[…] Duh: Germany Finally Realizes ‘Without Energy, No Economy Can Run’ […]

And right on cue RT reports NS1 @ NS2 both developed leaks undersea. Hmmm i guess that cements EUROPE and Germany to collapse as there’s no 180 turn to negotiate with Russians now. No repairs . Highly suspicious as they are seperate pipes