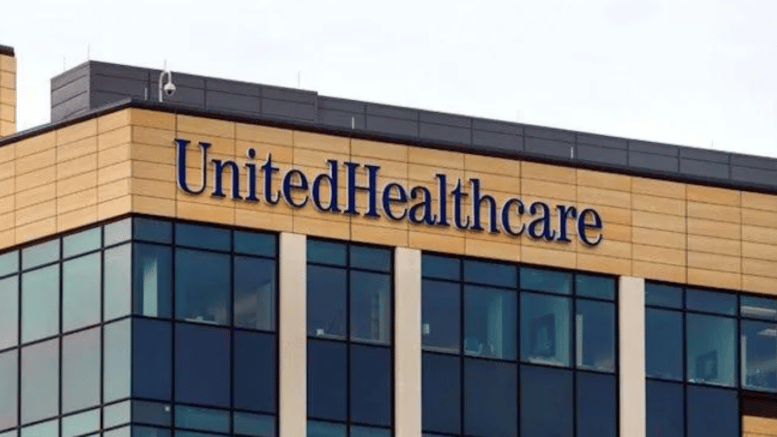 Please Share This Story!
PDF 📄
Forget personal choice and competition. Technocrat operators are busy consolidating health care into a monopoly that will dictate all health treatments and outcomes for the vast majority of Americans. This consolidation is similar to that seen in agriculture and banking. ⁃ TN Editor

The following is a summary of changing health care and the threat to national security. With the latest Inflation Reduction Act joining healthcare and climate change, the path toward global totalitarianism has been paved with taxpayer dollars.

A present court case, US et al. v. UnitedHealth Group Inc. et al., is of great interest. This narrowly focused antitrust suit addresses the $13.5 billion purchase of Change Health by UnitedHealth Group (UHG) and its largest subsidiary, Optum. In fiscal 2020, Change Health facilitated over 15 billion healthcare transactions and nearly $1.5 Trillion in adjudicated claims or more than a third of all US healthcare expenditures. The US argues data could be misused to benefit UHG. Clearly, claims data is precisely the vital commodity for power eyed by the huge conglomerate, UHG. Due to their enormity and dominance in health technology they are well positioned within the sphere of those with global interests to use data and the many applications for population control without restraint. If the purchase of Change Health is completed could universal health care become an October Surprise through a de facto public-private partnership? A public utility?

For decades there has been a plan to align government bureaucracy with a more malleable non-government entity to reach universal health care and a global totalitarian bureaucracy.  Obamacare programs and their perpetual expansion presented UHG/Optum the opportunity to build the technological infrastructure necessary to infiltrate, exploit, and subsequently conquer government healthcare systems. UHG/Optum annual reports have consistently outlined what they deem necessary tracking and monitoring to benefits individuals that reach all aspects of humanity. They suggest how the public must adapt under varying circumstances. Personal data collected on racial, economic, cultural, social and political behavior are stratified and applied to influence medical standards, to include some social programs, as deemed necessary for the time, as with Covid-19.  This also applies to public policy development, justified through data, of proven and unproven algorithmic medical treatments – some helpful and some not. Technology leading policy! One should question the actions required by data collected, analyzed, and interpreted all by one interested party. One might also question corporate technocrats being moved into prime government positions as the authorizing bureaucrats.

Optum has seen the advantage of massive, rapid growth and consolidation through mergers, acquisitions, partnerships, and various other arrangements that are too numerous to list. UHG/Optum, has grown into a giant technocracy, upon which the US government and the remaining few insurers depend for support to function. Optum is a huge healthcare and tech contractor for departments of HHS, VA, DOD, HUD and too many associate agencies to include here.

10 numbers that show how big Optum is in healthcare (beckershospitalreview.com)

While corporate marketing promises compassionate and efficient care by happy dedicated staff, the language masks the true intent of a healthcare coup.  UHG/Optum has constructed a monopolistic corporate infrastructure and merged the underpinnings of business operations with regulatory institutions for healthcare management and policy. Obamacare has caused chaos and complexity into the business of any interaction between a provider and patient. But Optum has it covered.  They have been hyperaggressive and obtrusive in business while bringing great prosperity to stockholders and deep state elites. Adding to Optum’s domination of government policy and payment systems, the anticipated Change Health purchase is expected to propel Optum to becoming the health care data analytics giant.

So, the government contractor has become embedded and indispensable, brought their bold pervasive authoritative attitude, changed the culture and taken charge. Working on both the public and the private fronts with aggressive business acumen the takeover of the largest government health care entity is now all but official. UHG/Optum is fraught with accusations of anti-trust, unethical behavior, aggression, and destruction of the doctor-patient relationship.  However, the continuing success of a well-executed scheme to defraud the public by compromising government programs and profiting significantly belongs to an army-of-evil. American lives, personal sovereignty, and enjoyment of health and wellbeing are now significantly impacted by goals of technocrats and forever changed. We are watching the technocratic evolution raging toward a catastrophic conquest as healthcare and climate change become one with government.

The (CMS) agency in its final rule outlined the effects of climate change on patients and hospitals, citing a consensus statement signed by over 200 medical journals and calling climate change the “greatest threat to global public health of the coming century.”

The outline comes as climate change has become an increasing priority for federal health agencies.

Last year, the HHS announced the creation of the new Office of Climate Change and Health Equity, which rolled out emissions requirements for hospitals and pledged to work with local hospital networks.

In its proposed rule, the CMS asked for feedback on how to maintain “uninterrupted operations in service of patients” due to climate threats and catastrophic weather events and implored the broader healthcare sector to study the amount of greenhouse gas emissions that healthcare facilities emit. It also solicited comments on how it and the HHS could better prepare for climate disasters and emphasized that climate change disproportionally effects underserved patient populations.

The ACA is also the legal catalyst for a massive information technology (IT) infrastructure connecting, tracking, and exploiting economic, social, and cultural components of American society. Government departments may now arbitrarily structure thousands of regulations and policies from this poorly written legislation, all of which have an impact on the personal lives of citizens from prenatal exams to hospice. But who is in charge?

See also: Building the Infrastructure of the Affordable Care Act

It should be obvious, but Americans always seem to miss it. The Constitution requires a federally guaranteed REPUBLICAN form of government. Totalitarianism is not Republican “form”. Ergo, constitutional challenge and enforcement top priority. Or, hold your nose as you go down.

[…] Quelle: Cradle To Grave: The Massive Consolidation Of The Health Care Industry […]

Cradle To Grave: The Massive Consolidation Of The Health Care Industry — Wirral In It Together – New Human New Earth Communities

[…] Cradle To Grave: The Massive Consolidation Of The Health Care Industry […]

Many are opting for United Healthcare/medicare advantage and many are lower income. I have medigap ins. which is perferred, able to choose doctors along w/ medicare A & B. I say: folks are better off with a medi-gap plan.

i use a humana ma that allows me to go to any dr in the network countrywide. very large network. reg medicare is still limited to drs that will take it unless you wish to pay? not sure if medigap will pay for ANY dr you choose? they must be in the medicare “network”?

[…] Cradle To Grave: The Massive Consolidation Of The Health Care Industry […]