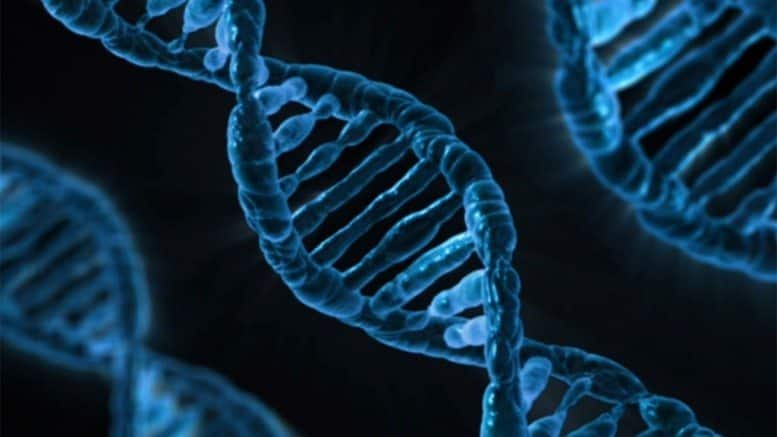 It was just a matter of time before Eugenics met Climate Change. Even if it sounds like science fiction and absurd speculation, the discussion is taking place now in scientific circles.

In fact, this is the ultimate application of science to the human condition. For instance, designer babies might be genetically engineered to be smaller as adults: This would proportionally reduce their carbon footprint.

Or genes might be inserted to improve night vision. That would allow nighttime lighting requirements to be reduced, thus saving boatloads of energy and reducing carbon.

Other ideas are increased body hair could keep you warm in the winter to save on heating oil and less intelligence so you wouldn’t be so tempted to be greedy and over-consume earth’s resources. Well of course: Everyone knows that simple-minded people don’t have strong materialistic aspirations.

Somebody might even get the idea to combine all these traits at once to suggest the ideal human design to fight climate change: short, hairy, simple-minded with cat-like eyes to see better at night than in the daytime. Can you imagine a world full of Ewoks?

This stuff is so disturbing that even the United Nations – the global home of climate-change religion – is warning against it. Apparently, people at the U.N. are tracking this discussion and are alarmed.  In a recent press release, the U.N. stated,

5 October 2015 – Warning that rapid advances in genetics make “designer babies” an increasing possibility, a United Nations panel today called for a moratorium on “editing” the human genome, pending wider public debate lest changes in DNA be transmitted to future generations or foster eugenics.

While acknowledging the therapeutic value of genetic interventions, the panel stressed that the process raises serious concerns, especially if the editing of the human genome should be applied to the germline, thereby introducing hereditary modifications.

“Gene therapy could be a watershed in the history of medicine and genome editing is unquestionably one of the most promising undertakings of science for the sake of all humankind,” the UN Educational, Scientific and Cultural Organization (UNESCO) said in anews release on a report by its International Bioethics Committee (IBC).

But the IBC added: “Interventions on the human genome should be admitted only for preventive, diagnostic or therapeutic reasons and without enacting modifications for descendants.” The alternative would “jeopardize the inherent and therefore equal dignity of all human beings and renew eugenics,” it said.

This is not the first time that a UN body has raised such concerns. In 2010, UN chief Ban Ki-moon said that “as we develop technologies that enable us to make life-or-death decisions, we need a shared, value-based approach to what are fundamentally moral questions.”

In 2004, former Secretary-General Kofi Annan questioned whether such processes might promote a world dominated by eugenics like that imagined by Aldous Huxley in the novel Brave New World.

“The greatest fear is that we may be trying to ‘play God,’ with unforeseeable consequences, in the end precipitating our own destruction,” Mr. Annan warned then, asking whether the dangers outweigh the benefits and where the line should be drawn between what is feasible and what is desirable or ethical.

In today’s report IBC, comprising scientists, philosophers, lawyers and government ministers, noted that recent advances have opened the door to genetic screening and testing for inherited diseases, gene therapy, the use of embryonic stem cells in medical research and the possibility of cloning and genetic “editing” for both medical and non-medical ends.

It noted that scientists and bioethicists are calling for a wider public debate about the power of science to modify genetically human embryos in the laboratory, so as to control inherited traits, such as appearance and intelligence.

A new genome “editing” technique called CRISPR-Cas9 makes it possible for scientists to insert, remove and correct DNA simply and efficiently, IBC added. It holds out the prospect of treating or even curing certain illnesses, such as sickle cell diseases, cystic fibrosis and some cancers. But germline editing can also make changes to DNA, such as determining a baby’s eye colour, easier for scientists working with human embryos, eggs and sperm.

The report also cautions against the hidden danger of do-it-yourself genetic testing, saying that consumers who tested their own DNA using so-called Direct-to-Consumer (DTC) kits bought online, needed professional genetic and medical counselling to understand and act on the results. It called for clear regulations and information for consumers about such tests.

UNESCO member States adopted the Universal Declaration on Bioethics and Human Rights in 2005 to deal with ethical issues raised by rapid changes in medicine, life sciences and technology. It states lists the human genome as part of the heritage of humanity, outlining rules that need to be observed to respect human dignity, human rights and fundamental freedoms.

However, methinks the lady doth protest too much. The U.N.’s dream of Sustainable Development is precisely a Brave New World. As Aldous Huxley penned that book in 1932, he was looking straight in to the face of the Technocracy movement that was sweeping both the U.S. and Germany.

Even though Huxley well-understood Scientific Dictatorship when he saw it, I expect that even he would agree that sometimes truth is stranger than fiction.

How Engineering the Human Body Could Combat Climate Change

Is “Human Engineering and Climate Change” Paper a Case of Academic Trolling?

Scientific Dictatorship is here and now. For the past 25 years, every year tens of millions, if not hundreds of millions of dollars has been allocated to control the scientific discussion and research, under the guise of grants and loans. Schools do what they are told, and ambitious students and organizations put forth ‘scientific’ results that get them the most grant money. BRAVE NEW WORLD and 1984 were not works of fiction. They were warnings of what is to come. The writing was on the wall back then when the authors wrote those books, and the writing is still on… Read more »

How incredible! Patrick, at first I wondered if you had added a humor section to your blog! Unfortunately, I remember hearing or reading some years ago that Bertrand Russel foretold a splitting of the human race into scientifically modified different groups (a new caste system), and that the “lower class” would be smaller and dumber. I will try to search out this quote–probably from his book, Science and Society. Also, Huxley was not only foreseeing the future, he was among the planners of what we see being unveiled now. Darwin, Huxley, the Russels are among a long line of Malthusian… Read more »

Utterly horrifying.
the “scientistic” discussions are far from idle talk.what makes it a very foul stew is that they have the technology to materialize such ideas.The marriage between hard technology and scientism is a disaster.In my opinion,the very deep agenda within this is to ultimately create all of life Ex Nihilo, which is undoable and strictly the province of god.